Dr. Richard Ebeling speaks at the Hayek Institut in Vienna 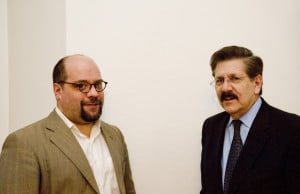 In an hour-long presentation, which brought together his expertise in history, politics, and economics, Dr. Ebeling spoke of the benefits of a gold standard for sound monetary policy, and the advantages of a free banking system with no central banks.Using examples from around the world — and from Austria’s own imperial past — Dr. Ebeling made a case for a return to policies supporting individual liberty, free markets, and limited government. Until we once again limit the state’s ability to create money and unless we require governments to have balanced budgets, he said, the statist threats to economic stability, financial order, and personal freedom will remain. What is needed, he suggested, is for more people to read the works of Austrian thinkers like Eugen Böhm-Bawerk, Ludwig von Mises and, of course, Friedrich A. von Hayek.

Dr. Ebeling is a professor at Northwood University in Michigan and an adjunct scholar of the Ludwig von Mises Institute. He is the former  president of the Foundation for Economic Education in New York. Dr. Ebeling’s books include Political Economy, Public Policy and Monetary Economics: Ludwig von Mises and the Austrian Tradition (2010) and Austrian Economics and the Political Economy of Freedom (2003). In December, he was appointed to the advisory board of the Foundation for the Advancement of Free-Market Thinking in Lichtenstein. 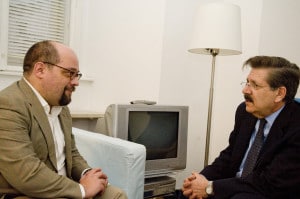 The views expressed on AustrianCenter.com are not necessarily those of the Austrian Economics Center.
hayek_admin2019-01-14T06:50:33+01:00