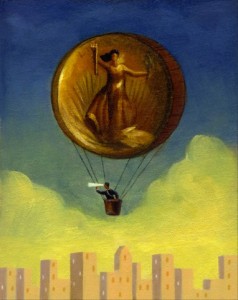 In a welcome turnaround, economic freedom is “once again on the rise”, according to the editors of the 20th annual Index of Economic Freedom, released today by The Heritage Foundation and The Wall Street Journal. “Much of the momentum lost during the past five years has been regained”.

The world average score of 60.3—seven-tenths of a point above the 2013 average—is the highest average in the two-decade history of the Index, the editors note. Forty-three countries, including Singapore and Sweden, achieved their highest scores yet in the 2014 Index. Among the 178 countries ranked, scores improved for 114 countries and declined for 59. Four recorded no score change.

“The strongly positive relationship between economic freedom and prosperity is apparent throughout the world”, the editors write. “In every region, per capita incomes are much higher in countries that are economically free”.

Visit the 2014 Index of Economic Freedom

The views expressed on AustrianCenter.com are not necessarily those of the Austrian Economics Center.
hayek_admin2019-01-14T06:39:44+01:00