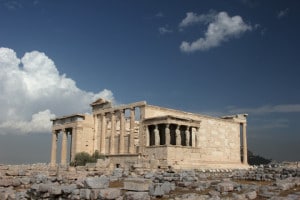 Most people get their economic information through Internet memes and hit pieces filled with nonsense. A common theme is that the forceful hand of government is all that is needed to make things right.

For example, everyone “knows” that government laws ended child labor, and that the New Deal ended the Great Depression, but are these actually valid claims?

Here are five such myths that too many people just accept as true.

Myth 1. The idea that economic growth helps the poor is trickle-down economics … it doesn’t actually help them.

In a 2001 paper titled “Growth Is Good for the Poor,” economists Art Kraay and David Dollar of the World Bank found that when average incomes rise, the average incomes of the poorest fifth of society rise proportionately. This result held across regions, periods, income levels, and growth rates. In 2013, more than a decade after their original paper, Kraay and Dollar explored the relationship between economic growth and poverty again, using data from 118 countries over four decades. They came to the same conclusion. According to the economists,

This evidence confirms the central importance of economic growth for poverty reduction … institutions and policies that promote economic growth in general will on average raise incomes of the poor equiproportionally, thereby promoting “shared prosperity” … there are almost no cases in which growth is significantly pro-poor or pro-rich.

This means that policies that enhance economic growth through methods such as limiting the size of government and lowering barriers to international trade are key to alleviating poverty. Economic growth, not transfer programs, is in fact the primary driver of poverty reduction, and this empirical truth has been proved for a long time.

Paul Krugman once quipped, “If there were an Economist’s Creed, it would surely contain the affirmations ‘I understand the Principle of Comparative Advantage’ and ‘I advocate Free Trade.'” However, critics of free trade, such as development economist Ha Joon Chang, have made very odd statements such as this one:

There is a respectable historical case for tariff protection for industries that are not yet profitable. … By contrast, free trade works well only in the fantasy theoretical world of perfect competition.

Comments like these are puzzling because proponents of free trade don’t assume there is perfect competition. They simply recognize that if one country can produce a product at a lower opportunity cost than another, trade between the countries (or individuals) is mutually beneficial. (This is known as the theory of comparative advantage.)

Economists have examined countless times whether or not freer trade leads to greater economic growth. In regard to trade liberalization — reform that lowers barriers to international trade — the evidence consistently shows that such reforms improve economic performance over time.

Subsequent research from Antoni Estevadeordal and Alan M. Taylor took the analysis further by comparing growth rates before and after 1990, when a wave of trade liberalizations occurred. The economists divided countries into an experimental group (the countries that liberalized trade regimes) and a control group (those that did not). According to a summary of their research, the authors “find strong evidence that liberalizing tariffs on imported capital and intermediate goods raised growth rates by about one percentage point annually in the liberalizing countries.” Research has also shown that trade liberalization has caused greater economic performance in sub-Saharan Africa, a region desperately in need of growth.

Reforms that result in freer trade generally lead to superior economic outcomes. This is a well-documented observation. Although there may be situations in which freer trade is undesirable, these situations are not the norm, and free trade policies are still the “reasonable rule of thumb,” as Paul Krugman has put it.

The assertion that government laws and regulations ended child labor is endlessly repeated and often used as “proof” that without such laws, child labor would be pervasive in the market economy. The Economic History Association (EHA) has shown this is not the case:

Most economic historians conclude that [child labor] legislation was not the primary reason for the reduction and virtual elimination of child labor between 1880 and 1940. Instead they point out that industrialization and economic growth brought rising incomes, which allowed parents the luxury of keeping their children out of the work force.

According to the National Bureau of Economic Research, “While bans against child labor are a common policy tool, there is very little empirical evidence validating their effectiveness.”

Not only is there little evidence supporting the effectiveness of these laws; there is evidence that such laws actually make the families they are intended to help worse off. Research on child labor bans in India found that “along various margins of household expenditure, consumption, calorie intake and asset holdings, households are worse off after the [child labor] ban.”

Saying that high taxes don’t harm economic growth because its effects aren’t superficially visible in one country, or a few, is like saying that cigarettes don’t harm an individual’s health because many young and healthy people smoke them and there are no immediately clear detrimental effects. Many factors affect economic growth. In order to see how high taxes affect growth, researchers control for confounding variables and use large national and international data sets.

According to research published by the European Central Bank that used annual data from 1965 to 2007 for 26 economies, “the effect of an increase in taxes on real GDP per capita is negative and persistent: an increase in the total tax rate (measured as the total tax ratio to GDP) by 1% of GDP has a long-run effect on real GDP per capita of –0.5% to –1%.”

Numerous other studies on government size and economic growth have come to the same conclusion. Furthermore, a study of the macroeconomic effects of Danish taxation found that

Danish taxation generates an overall efficiency loss corresponding to a 12 percent reduction in total income. It is possible to reap 4/5 of this potential efficiency gain by going from a high-tax Scandinavian system to a level of taxation in line with low-tax OECD countries such as the United States.

However, even relatively low-taxed countries like the United States are not immune to the detrimental effects of taxation. A seminal paper by Keynesian economists Christina and David Romer found that taxes are often raised during times of economic expansion and cut during times of economic downturn. This tendency makes it harder to observe the effect of taxes on economic growth. However, the Romers found that they could accurately estimate the effects of tax changes by examining those that were undertaken for reasons unrelated to economic growth. According to the Romers’ estimates, “tax increases are highly contractionary. The effects are strongly significant, highly robust, and much larger than those obtained using broader measures of tax changes.” Specifically, they find that increasing taxation by 1 percent of GDP shrinks GDP by 3 percent!

Overall, it seems clear that higher levels of taxation stifle economic growth and that countries with a higher total tax burden have slower-growing economies than countries with smaller tax burdens, holding other things equal.

For example, using data from 140 countries over the time period 1960–2000, economists from Bocconi University compared countries that underwent economic liberalization to those that didn’t. After controlling for other relevant variables, they found that

economic liberalization is good along all dimensions: it is accompanied by better structural policies and better macroeconomic policies, and it is followed by improved economic performance. This timing suggests a causal interpretation, at least with regard to economic outcomes.

Subsequent research published in the Journal of Economic Surveys has found that “there are strong indications that liberalization … stimulates economic growth.” For a specific example, look no further than China.

Research from Oxford University’s economics department has found that China’s economic growth, which has been driving its massive poverty reduction, was fueled by trade liberalization, rapid privatization, and sectorial changes. As a result of these reforms, China’s GDP per capita grew 4.1 percentage points faster than it otherwise would have, lifting millions out of po