4 Things You Should Know About Mass Incarceration 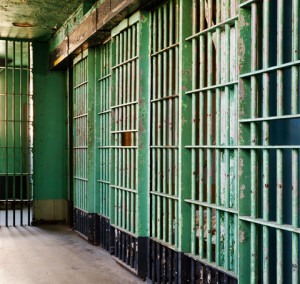 It’s now common knowledge: The United States is the world’s leading nation when it comes to imprisonment. With an estimated 1,570,400 inmates by the end of 2012—and an incarceration rate of 716 prisoners per 100,000 citizens—the United States holds more human beings inside cages, on net and per capita, than any other country around the globe (and throughout history). In general, we build more prisons, we spend more money on prisons, we employ more prison workers, and we utilize imprisonment for a wider variety of behaviors than anyone else.

Nations like China and Russia likely use more corporal punishment and execute more people. Removing that context from their incarceration rates might make them look less punitive than they really are. Still, it is revealing that only totalitarian regimes, past and present, are serious contenders with the “land of the free” when it comes to the business of incarceration.

Today’s total American prison population exceeds the estimated amount of citizens detained within the Gulag system under the former Soviet Union. If we include those sentenced but not yet incarcerated, as well as those released upon probation and parole, there are more young black men embroiled in the American criminal justice system than were estimated to be enslaved in America circa 1850. These statistics are not to say that the United States is totalitarian, or based on chattel labor. Instead, these numbers emphasize that, insofar as despotism requires enforcement, our own government is more than capable of imposing serious and pervasive social control.
The terms “mass imprisonment” and “mass incarceration” typically refer to the uniquely modern characteristics of the contemporary prison system, including its rapid growth and racial disparities. The United States is the archetypical case. While the recent media attention given to mass imprisonment is a step in the right direction, facets of mass incarceration still remain relatively misunderstood and unrecognized.
Here are four things those interested in free market economics and the classical liberal tradition should keep in mind when thinking critically about modern global prison trends.

1. Private prisons did not cause mass imprisonment.
Private prisons are derided for profiting off of high crime and for creating corporate incentives to foster tough punishment policies. These statements are both true and disconcerting. But private prisons don’t, by themselves, explain the origins, extent, or long-term effects of America’s mass incarceration.
For starters, there just aren’t that many private prisons as a proportion of the American total. Of the over 1.5 million inmates recorded in 2012, only 128,300 (approximately 8 percent) were held in private facilities, 96,800 of them federally as opposed to state-contracted facilities. Several other nations with significantly lower total incarceration rates utilize private contractors at higher percentages: for example, England and Wales 14 percent, Scotland at 17 percent, and Australia at 19 percent.

Private prisons do stand out, though, because the most pronounced area of prison growth has occurred at the federal level—which is where most of the privatization is concentrated.

At both the state and federal levels private prisons represent a sort of budgetary coping mechanism. With high rates of sentenced inmates, but thin budgets incapable of supporting new prisons or their labor forces, states turn to contractors as cost-saving alternatives without significant quality degradations. “Private” (read: state-contracted) prisons tend to hold specialized populations such as juvenile offenders, aging inmates with more extensive medical needs, illegal immigrants, and organized crime leaders because these groups have unique logistical needs that regular facilities can’t always accommodate. When objectively compared on a variety of performance margins, there’s almost no quality difference between public and private prisons. What matters is the quality of monitoring, accountability, and liability processes. For private firms, running afoul of those constraints often means losing contracts to alternative agencies. For public workers placed by appointment and sometimes election, though, necessary feedback can be vague and ineffective.
While for-profit prison models do appear conspicuous for creating incentives to lobby for tougher penalty regimes, the incentives that public employees face throughout the criminal justice system are not systematically different. There’s no group larger, more concentrated, or more vested in tougher penalties than the employees of service industries surrounding publically financed and managed criminal justice institutions and penitentiaries.

2. Marijuana legalization is not a panacea.
Drug sentencing has accounted for about a third of the new American prison growth since the late 1970s. Marijuana charges produced a significant proportion of those sentences. But it does not follow that marijuana legalization or clemency would alleviate the problems associated with mass imprisonment. First, even if nonviolent marijuana violators were released, America would still be a world leader in incarceration rates and expenditures. Second, simply put, people adapt.

Marijuana legalization, without broader judicial, legislative, and or penal reform, may create new opportunities for drug production, consumption, and enforcement, thus shaping outcomes in unforeseeable ways. From the perspective of drug sellers and users, the risks of arrest and incarceration are obviously costs; but complying with formal regulations and licensure under a more legalized regime may also be costly. Higher costs means less of a behavior and visa versa. But the relevant question is whether a new, legalized regime would be perceived as a higher or lower cost for buyers and sellers than status quo prohibition. It’s difficult to predict the outcome with precision. But such a regime would differ structurally from the current one. It wouldn’t simply cut marijuana arrests out of the total number.

Take medical marijuana. People with ailments that marijuana can alleviate will benefit from a regime that allows for prescriptions rather than across-the-board prohibition. But a decriminalization regime for just marijuana will shift supply and demand in other markets. For example, current users who are underage under the new regime may end up facing more difficulty accessing weed relative to the status quo. That could lead to decreased consumption, or it could lead them to substitute other drugs. Similarly, current black-market sellers will likely face lower prices and smaller profit streams for producing and selling pot with competition from legal sellers, making other drug markets more appealing. Just as pot becomes harder for some people to get, other drugs—such as prescription painkillers or mood-altering drugs (such as Xanax)—could become more readily available.

This last point seems also bolstered by the fact that a new network of legal and regulated marijuana sellers will represent a newly concentrated and vested interest group in favor of suppressing the illegal production and distribution of marijuana. I doubt current illegal pot growers and sellers will be the same individuals awarded the privilege of growing and selling weed under legalization. If legitimate production is to be regulated, regulation will require enforcement. It could be the case that enforcement costs and complexity will grow amid marginal decriminalization.

Last, targeted legalization to individual substances without matching fiscal, legislative, and or penal constraints may simply free up enforcement resources for tougher enforcement of the remaining prohibitions. The potheads freed from prison might simply be replaced by more junkies and cokeheads and their suppliers. Hence the associated inefficiencies and social consequences of prohibition in those drug markets will likely grow, adapt, and tend toward unique and unforeseeable equilibriums.
Prohibition against the pot trade is riddled with bad incentives and inefficiency and should be addressed as such; but many of the most challenging aspects of the criminal justice system—especially mass imprisonment—seem to transcend the relatively smaller issue of illegal weed. Simply legalizing marijuana does not untangle the myriad, complex incentives that allowed for prohibitions initially or the ballooning of the War on Drugs. This tangle of incentives explains the lag between policy reform and the advent of significant public approval for legalization and decriminalization. As long as those incentives and opportunities persist, we should expect political entrepreneurs to manipulate policies and resources for private gain.

3. The problems of prison growth transcend drug prohibition.
Again, at first glance much of America’s prison growth appears to have come in lockstep with the War on Drugs. But other trends suggest drug prohibition is neither the only, nor the essential, cause of mass imprisonment. Repealing prohibition across substance types would eliminate many of the adaptive problems at play with piecemeal legalization, but that doesn’t have enough public-opinion support to make it politically viable. After all, drug prohibition came into being in part because enough of the public wanted it.

Assuming political opinion away for the moment, drug legalization still does not fully resolve the challenges of mass imprisonment. After releasing all nonviolent drug offenders, the United States would retain an extremely large and expensive prison-industrial complex, a bloated and inefficient criminal justice system, and a political process that systematically leverages the tendencies of a largely vengeful public. Instead, some theory and evidence suggests that both drug prohibition and prison growth are likely similar symptoms of broader trends surrounding governments’ power to administer violence and regulate social behaviors.
Everyone around the world criminalizes drugs. Only the United States literally fights a war on drugs, and fights it at the federal level both financially and managerially. The production, distrib