A Christian country? No, a conservative one 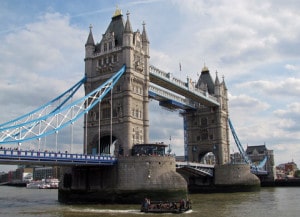 The Prime Minister has deployed his Anglican faith to win back traditional voters who have deserted his party. It won’t work

It is a fact, remarked upon by admirers and critics alike, that David Cameron, even after so much media exposure, remains hard to pin down.

People think he looks the part as prime minister. But they cannot relate to him. He tries to seem authentic. But the more he reveals himself, the less tangible he is. Whenever he devises a phrase to explain the essence of his policies — the Big Society being the obvious example — he sows confusion and inspires ridicule.

Cameron’s recent profession of his religious faith (sort of) in an article, over Easter, in the Church Times, has not quite suffered that fate. But the more people reflect upon it, the larger the question marks are bound to become.

David Cameron is a political animal to the tips of his claws. There is nothing he does that is not political, whether speaking about his family (which he does with less reserve than any previous prime minister), or displaying his taste in popular music, or — as in this case — reflecting on his religion. All is for immediate political effect.

Mrs Thatcher was the last serious practitioner of the political sermon. Her speeches in St Lawrence Jewry in 1978 and 1981 do not, though, nowadays read well, dipping and dodging, as they do, between biblical principles and practical policies, while modestly (and unconvincingly) denying direct connection between the two. Her last such address, to the General Assembly of the Church of Scotland in 1988, created such a row that she went off the subject altogether. Henceforth, she indignantly declaimed against any intrusions of “preachy” material in her speeches.

But she did, more or less, get away with these excursions, because people knew of her strict Methodist background, respected her sincerity, and imagined her more religious than she was.

David Cameron is on trickier territory. In his Church Times article he claimed that he knew “how powerful faith can be in the toughest of times”. Yet the reader was left unsure of why. The reference was perhaps to family trauma. But this hardly provides an answer.

People have always assumed that Cameron does not really believe very much at all, about God or, indeed, anything. Yet here he was asserting that his faith had kept him going. But what faith?

The answer seems not to be Christianity, but rather the Church of England. Indeed, Cameron’s article offers what can only be considered — even by an outsider — a caricature of Anglicanism, which he seems to divorce from any theological principles whatsoever.

He stated: “I am a member of the Church of England, and I suspect, a rather classic one: not that regular in attendance, and a bit vague on some of the more difficult parts of the faith.” (Emphasis added). Just to ensure that the point was not lost, he added: “I am not one for doctrinal purity.”

It is, to say the least, unusual to prefer impure to pure doctrine. The deliberate espousing of theological falsehood is a rum position even for temperamental latitudinarians. It is hard to imagine that even the most indulgent liberal Anglican bishop would altogether agree with it, or that any sincere Anglican would do other than to regret it.

So what does the Prime Minister like about the Anglican Church? It is the externals. He explicitly mentions the “national role” of the Church, its “liturgy”, and “the architecture and cultural heritage”. Many will agree with him. Indeed, as is often the case, Cameron manages to reflect with uncanny accuracy the defining superficialities of the age. It is the source of his political power and his easy charm.

But he then made an extraordinarily ambitious assertion, one which gladdened the hearts of the Tory press, and which led to an almost endless stream of comment for and against, namely that “we should be more confident about our status as a Christian country”. (Again, emphasis added).

Some sympathetic commentators have sought to water down this statement. They suggest that a combination of the Coronation Oath, the Establishment of the Church of England, historic literary and cultural influences, and “tolerance” for diversity of opinion make the case. It is a nice idea. But two things need to be said.

First, none of these elements can be considered, in today’s conditions, as defining the identity of Britain. They are either relics of Britain’s exclusive Protestant (and anti-Catholic) past, with which the heir to the throne has already indicated unhappiness — notably in his objection to the term “Defender of the Faith”. Or else they are of remarkably little import to most people — they are, as Dr Rowan Williams described them, merely features of “cultural memory”. Or else, finally, they are not identifiable with Christianity at all. Tolerance, for example, with which the names of John Locke and John Stuart Mill are principally associated, was developed as a guiding political theory in explicit opposition to orthodox Christianity, which both men disliked.

There is, indeed, no reason to think that faithful Christians are likely to be particularly tolerant, though, unlike the practitioners of some other religions, they are unlikely to be self-righteously murderous.

The second objection, however, is that it is not nowadays possible to define Britain (or England) by what the nation believes. The Telegraph’s poll taken at the height of the controversy showed that 56 percent of the population did indeed, when questioned, regard Britain as a Christian country. If Britain is a not a Christian country, what is it?

It is hard to say. But it is a leading question all the same. Significantly, only 14 percent said they were practising Christians, while 41 percent said they were not religious. Quite what a “non-practising” Christian is, in a country where church attendance on a Sunday is not widely regarded as essential, is a moot point. But, in any case, what the figures suggest is that there is no solid ground of faith upon which to assert a Christian identity (or “status”, to use Cameron’s even stronger word).

When most people say Britain is Christian, they really mean that they don’t wish it to be anything much at all. This view can be defended. But it means that the notion of Britain as a “Christian country” is as insubstantial as Cameron’s own religious convictions appear to be.

So why did the Prime Minister share his thoughts at all? The answer is, of course, that, as always, he was acting politically. He is deeply worried about the rise of UKIP, which he thinks may lose him the general election. Having used, to counterproductive effect, a series of gaffes by UKIP candidates, to blacken the party’s reputation, and still not able to escape the consequence of his description of it, in 2006, as full of “fruitcakes, loonies and closet racists”, he is trying to display his traditional conservative credentials.

And what is more reassuringly conservative than to pose as the champion of a faith-lite, aesthetically pleasing, socially inclusive brand of Anglicanism?

This, though, goes to the heart of David Cameron’s problem. It is a political quandary, to whose solution religion provides no more than a useful prop. The Prime Minister’s ideology of modernisation has caught up with him, and it threatens to consume him. His view of the Conservative Party is, indeed, much like his view of the Church of England. It is of an institution without meaning or interior substance, a framework which can be filled with any set of fashionable notions as long as they are dressed up smartly.

This is how intelligent revolutionaries always behave. But it usually happens that even the clever ones get carried away, and this is what happened in the Conservative Party. The Tory modernisers went too far. They showed their iconoclastic zeal too early. It was reaction against it that mainly led to the rise of UKIP.

Analysis of UKIP’s bedrock support shows that the desire to get out of the European Union is only one — and not the most important — of the factors behind its success. Immigration is a more significant issue. Mass immigration has disrupted the lives of individuals and communities, and they resent it.

The economy, too, is important. Predominantly working-class, male, white English people — from among whom UKIP enjoys strongest support — resent the loss of solid, well-paid, quite technically demanding jobs, in favour of poorly paid, part-time, non-skilled employment.

The state of the NHS and public services are bugbears, because of remoteness, shoddy standards, indifference, and because private health, like private education, is still far beyond the means of ordinary people.

There is a deep and bitter well of resentment among the aspirational working class and the lower middle class, what Margaret Thatcher called “our people”, who have fallen out of love with the Conservative Party, and are increasingly out of sorts with much of modern Britain.