“A Contemporary View of the Austrian School of Economics” 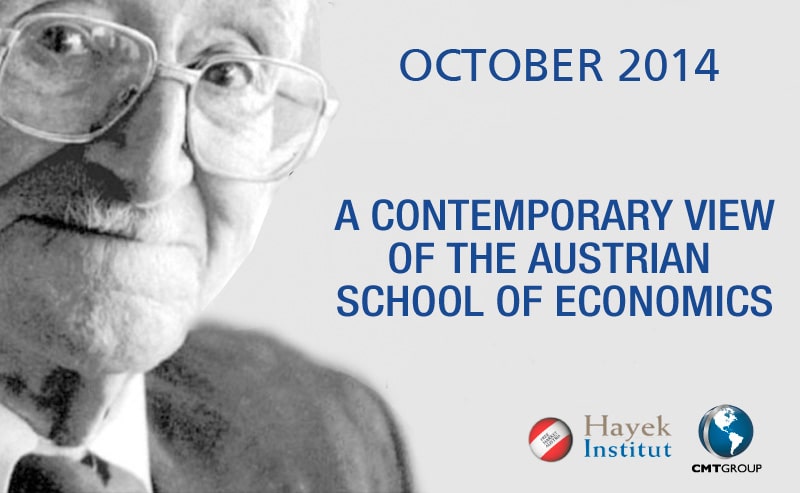 Hardy Bouillion is the head of Academic Affairs at the Centre for the New Europe, Brussels, and Stand-In-Professor at the University Duisburg-Essen, and recently has been engaged in academic work at the University of Trier. His guest professorships took him to Prague, Salzburg, Vienna and Zagreb. Professor Bouillon is a member of the Mont Pelerin Society, and is cooperating with the Hayek Institut, Vienna.

Barbara Kolm is President of the Friedrich A. v. Hayek Institute in Vienna, Austria and Director of the Austrian Economics Center. Being a worldwide networker she uses these abilities to promote free market policies; in addition she is a frequent speaker on public policy related issues, especially on deregulation and competition topics, the Future of Europe and Austrian Economics.
Barbara Kolm is an Associate Professor of Austrian Economics at the University of Donja Gorica, Montenegro and a member of the Board of Business Consultants of the Austrian Federal Economic Chamber and a Member of the Mont Pélerin Society. She is President of the European Center for Economic Growth.

Michael Wohlgemuth is an economist and Director of Open Europe Berlin. He is also Professor of Political Economy at the University of Witten/Herdecke. Wohlgemuth has been Professor of International Governance at the University in Bayreuth, Managing Research Associate at the Walter Eucken Institut (Freiburg), lecturer at the Universities of Freiburg, Erfurt, Friedrichshafen, and Witten/Herdecke, Research Fellow at the Max-Planck-Institute for Economics in Jena, Affiliate Assistant Professor at George Mason University and New York University and “Friedrich August von Hayek-Professor” at the University of Innsbruck. Main Research areas and publications in the fields of New Institutional Economics, Austrian Economics, Public Choice Theory, and the History of Ideas. Policy recommendations mainly in the field of European integration.

Richard Zundritsch holds a Masters and PhD in Law from the University of Vienna. He is an Independent Financial Advisor based in Switzerland and specializes in Capital Markets, Wealth Management, Succession Planning and Venture Capital. Before founding his company he worked in International Corporate Finance for a number of global banks. Dr. Zundritsch is also a long-standing board member of the Austrian Economics Center and the Hayek Institut.

The views expressed on AustrianCenter.com are not necessarily those of the Austrian Economics Center.
hayek_admin2019-01-14T06:14:45+01:00