A Lot of Economics in One Lesson 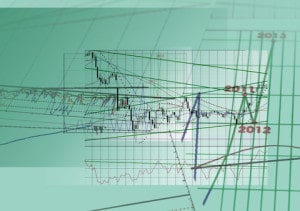 Economics in One Lesson (PDF) is by far Henry Hazlitt’s most famous book. Like many, I’ve read some of this other works, including Failure of the New Economics, Man versus the Welfare State, and The Foundations of Morality. But whether he intended it or not, EIOL is Hazlitt’s masterpiece.

It’s there that he addresses and elaborates on Frédéric Bastiat’s broken-window fallacy, which claims that destruction can be a gateway to wealth. Bastiat and Hazlitt simply point out that, in fact, destruction destroys wealth, and any perceived benefits of destruction are limited only to what is easily seen. It’s a simple lesson, though perhaps deceptively so.

Indeed, if you’re not careful, you might misstate the title as “Economics in One Easy Lesson.” Anyone who’s read the book wouldn’t make that mistake. While the lesson is simple, fully grasping and applying it is not. Even some Nobel Prize-winning economists don’t get it.

But perhaps because of his book’s welcoming title and popular reputation, Hazlitt, while familiar among libertarians and conservatives, has been underrated as an economist and intellectual. (And if you’re philosophically inclined, I would recommend that you tackle his closely argued and enlightening The Foundations of Morality.)

This summer I have the privilege of lecturing at two of the many seminars that the Foundation for Economic Education offers to select college and high school students, and to prepare for them I reread Hazlitt’s classic. Once again, I was impressed by the level of economic analysis it contains, especially in the chapters titled “Saving the X Industry” and “Minimum Wage Laws” for their rigor as well as the sensitivity to and concern for the human condition that they embody.

I’d like to focus on two things that stood out to me on this latest reading.

Hazlitt states the lesson early on:

The art of economics consists in looking not merely at the immediate but at the longer effects of any act or policy; it consists in tracing the consequences of that policy not merely for one group but for all groups.

So in saving a declining domestic industry with subsidies or protective tariffs, what you don’t see are the more-efficient businesses and new products that won’t now serve customers, the workers and capital that won’t now be efficiently employed in those businesses, and the lower prices that won’t now be charged, all because the lowered efficiency and the higher taxes or monetary expansion needed to pay for those subsidies make them impossible. We need to look beyond those directly affected and past the short term.

But the lesson doesn’t say to discount the short-term and particular effects, either. Libertarians too often make the mistake of looking only at the long-run effects of a change on the general welfare, discounting or ignoring altogether the short-run effects on particular people. (It’s a mistake that Hazlitt claims the classical economists made, and I think he had David Ricardo in mind):

It is true, of course, that the opposite error is possible. In considering a policy we ought not to concentrate only on its long-run results to the community as a whole.

In the debate on raising the minimum wage, although it will cause fewer to be employed than otherwise and shrink the potential benefits of those who remain employed, some desperate people may be helped a great deal. Those who argued for bailing out General Motors point to the people who’ve developed specialized skills over many years who would really take a hit were the company to fail. When we respond that the bailout will reward inefficiency and mean fewer good jobs and products in the future, we shouldn’t overlook those who, through no fault of their own, will suffer because of competition and innovation. Thus, Hazlitt counsels:

It is altogether proper—it is, in fact, essential to a full understanding of the problem—that the plight of these groups be recognized, that they be dealt with sympathetically, and that we try to see whether some of the gains from this specialized progress cannot be used to help the victims find a productive role elsewhere.

I note that Hazlitt does not name any government agency or private charity here. I think he was being careful. The point is that he felt that these folks are indeed victims of the market process, and that those who benefit from that process should help them somehow. One can trace such sentiments in the classical liberal tradition back to Adam Smith and his concern for the most vulnerable in society.

Another passage that struck me also relates to the impact of innovation on people’s lives. Hazlitt writes:

Now it is often not the diffused gain of the increased supply or new discovery that most forcibly strikes even the disinterested observer, but the concentrated loss.

He uses the example of advances in coffee production and shoe manufacturing that over time will create greater benefit for far more people than are harmed by them.

The fact that there is more and cheaper coffee for everyone is lost sight of; what is seen is merely that some coffee growers cannot make a living at the lower price. The increased output of shoes at lower cost by the new machine is forgotten; what is seen is a group of men and women thrown out of work.

One of the more important lessons of Public Choice economics is that political institutions induce people to choose an inefficient policy when the rules of the game allow them to concentrate benefits and disperse costs.

For example, planting trees along the road at a total cost of $100,000 at taxpayer expense might make economic sense if the total benefit from the trees exceeds $100,000. But if the total benefit is only $10,000, it wouldn’t make economic sense. Suppose though that there are 100,000 taxpayers but only 10 beneficiaries of the trees. The tax cost per person is $1 while the per-person benefit is $1,000. In such a case the beneficiaries may be willing to fight much harder than their tax-paying “benefactors,” which makes political sense.

If the rules of the game allow interest groups to disperse costs and concentrate benefits—the opposite of Hazlitt’s observations on the effects of innovation—the result over time will be inefficiency, corruption, and worse.

It occurred to me that here is another way of expressing the contrast between the logic of politics versus the logic of the market process. Namely, in interventionist politics it makes sense to concentrate benefits and disperse costs, while in a flourishing economy, competition sometimes concentrates negative consequences and disperses benefits. And it’s this unfortunate but often unavoidable feature of competition that gives rise to demands for government intervention, and to thinking in terms of the broken-window fallacy. If you pay attention you’ll see many such connections in his work.

That goes especially for economists who wish to explain complex ideas to a popular audience. Reading Hazlitt we would see how a master marries analytical subtlety with clarity and wit, something rare in what today passes for “economics for the intelligent layman.” But Henry Hazlitt’s scholarship would reward anyone who devotes to it the close study that it deserves.
Thank you, FEE, for giving me the occasion to read him again.

The views expressed on AustrianCenter.com are not necessarily those of the Austrian Economics Center.
hayek_admin2019-01-14T06:16:58+01:00<div class="fus