A War on Women 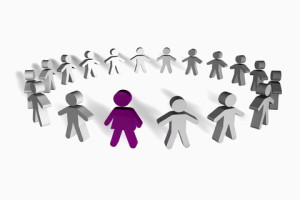 Why is it that Democrats see Republican women, especially those in public life, as not women? The answer has to do with the fact that to Democrats those women don’t meet their preconceptions as to what a woman should be. To a Democrat, a woman politician who does not see other women as “victims,” and who does not first proclaim for abortion rights and gender equality, fails to meet their test, no matter her opinion on other issues. But Democrats’ insistence that Republicans are at war with women also suggests a politically correct world that is unraveling.

“Desperate times call for desperate measures,” is a truism, in politics as well as in war. With Democrats facing headwinds, such as scandals, a dysfunctional foreign policy, an underemployed labor force, increased income inequality and an Ebola scare, all of which result from incompetency in the White House and a mendacious Senate leader to whom the ends are worth whatever the means entail. Democrats are desperate to find any policy that might incite their side. The result is the fictitious accusation that Republicans have declared “war” on women. Senator Mark Udall of Colorado has pushed so hard on this issue, he is now known as Senator “Mark Uterus.”

Nevertheless, I believe most Democrats, in spite of the priggish and condescending way they sometimes come across, are perfectly normal – perhaps a little foolish, but not paranoid, as are so many of their political leaders. I have many Democrat friends who are civil and reasonable. Most acknowledge that women are as intelligent and capable as men, and don’t need the pampering some politicians believe they require. Most recognize and, in fact, applaud those unique characteristics that make women different than men. It is when politicians make up issues about gender inequality that my Democrat friends begin to sound defensive, dated and, frankly, idiotic.

Republicans are more likely to look past the gender (as well as color and race) to the individual. When a Republican woman is elected to public office it has nothing to do with her womanhood and everything to do with her ideas. Not so with Democrats, where gender comes first. Using the analogy of a book, it is the cover that interests Democrats, not the contents. And, it is not just women they patronize; it is anyone who can be portrayed as a victim – gays, Hispanics, African-Americans, as well as women.

From President Obama to Hillary Clinton, from Harry Reid to Nancy Pelosi, Democrats have claimed that Republicans have declared war on women. There are, however, some women who would beg to disagree, and who are running for Congress as Republicans. Elise Stefanik of upstate New York would, at age 30, become the youngest woman ever elected to the House of Representatives. This Harvard graduate is running on a platform of lower taxes, less regulation and a foreign policy based on strength. Mia Love is an African-American running for Congress in Utah. She is up by nine points. A working mother and conservative, Barbara Comstock is leading in a House race in Virginia. Melinda Garcia, another Harvard educated young woman is vying for one of the two House seats in New Hampshire. And Jodi Ernst, a colonel in the National Guard, is in a tight race for the U.S. Senate in Iowa.

These women are unabashedly conservative, and gender is not used as an issue. The only war they see is the one being waged by their Democrat opponents. And most are running against men.

Political correctness will, at some point, do in Democrats. It blinds them to the natural differences between people and causes them to ignore changes that have taken place over the past couple of generations. If Democrats admitted success with Civil and Women’s Rights it would deprive them of an issue. Women have adapted to a world that didn’t exist when older, white, stale Democrat men like Harry Reid were in their prime. This is also true of the African-American community. While Jesse Jackson, Al Sharpton and Van Jones would have you believe that nothing has changed since 1964, in fact it has. Fear of losing personal power is the reason they trivialize Supreme Court Justice Clarence Thomas, or demonize conservative columnist Thomas Sowell. Neither fits their concept of the way African-American men and women should behave. Condoleezza Rice was never admired by those on the Left, as the first African-American woman to become Secretary of State, because she did not meet their preconceived notions. Worse, she was appointed by a President they love to hate and whom they label a misogynist.

Did any of the twenty-three Republican women members of Congress get their position because they were women? Of course not; they won because they successfully campaigned on ideas. Did Susana Martinez become the first female Hispanic governor in U.S. history because she is a woman and Hispanic? No, she did it because of her talents as a prosecutor and her hard-fought gubernatorial primary in 2010.

What is true in the United States is so across nations. Conservative women campaign on real issues. They are unafraid to tackle man in his lair. Margaret Thatcher did not run as a woman; she ran as a Conservative with powerful ideas. Golda Meir did not claim womanhood as her right to become Prime Minister of Israel. It was because of her opinions and the respect she earned as an individual. David Ben-Gurion may have been sexist when he called Ms. Meir “the best man in the government,” but it was a compliment. Angela Merkel did not become Chancellor of Germany because she was a woman; she did so because voters decided she was the best person for the job.

“I feel your pain,” may be a sensitive prescription for a candidate to express, but it can also be condescending. Empathy is a wonderful characteristic, but when it is expressed in an obviously political manner it is supercilious. Even the recipient must recognize the hypocrisy.

Democrats have conceived a “war on women” because they see it as a means to an end – victory on November 4th. Women are not so easily fooled. Stupid is as stupid does. The only “War” being waged is the one by Democrats against Republican women running for office.

The views expressed on AustrianCenter.com are not necessarily those of the Austrian Economics Center.
hayek_admin2019-01-14T06:09:51+01:00