Acid test for economic technocrats in the European Union 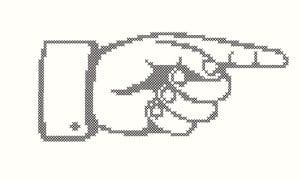 Professional economists rather than politicians are being called in by political leaders facing economic difficulties. French President Francois Hollande is the latest to follow this path. But such appointments can spell danger when the technocrat fails to understand that their role is the scapegoat for government failure and not a pathway to international economic stardom.

France’s new economics minister Emmanuel Macron is not a politician, but a professional economist and former investment banker. French President Francois Hollande needs him to please both French business and EU authorities. Italy has appointed research economists to run the economy for many years – with mixed results. So are technocrats likely to acquire increasing policymaking power in the future? Will other countries follow suit and what can we expect from these choices? Such appointments could be a sign of economic and political weakness, and could be problematic. Ambitious technocrats are often tempted to cooperate with international bureaucrats and end up promoting the interests of the international agencies, rather than their own country.

ITALY has led the way in a variety of fields in the European Union’s history. It was the first country to engage in creative accounting when it joined the euro; the first to violate an explicit commitment to reduce public debt; and the first to promise to introduce structural reforms and cut public spending – which it failed to do.

One of these was the involvement of technocrats in governments. The official explanation for replacing politicians with professionals sounds persuasive. There is a key ministry – economics – for which expertise is critical. You cannot afford to appoint a pure politician who knows little about the subject in which he is supposed to deal. This is particularly true – so the story goes – during a crisis.

No sensible political leader can take chances when confronting an economic crisis and prime ministers must resort to experts. This is what Italy did for decades, and this is what French President Francois Hollande has done by appointing former investment banker Emmanuel Macron as economy minister at the end of August 2014.

Does the appointment of ‘technical ministers’ or technocrats signal the emergence of new scenarios for future policymaking? What are the consequences and how does their presence affect the future of the European Union?

A prime minister’s job is becoming increasingly difficult, especially in countries experiencing economic troubles. Under normal circumstances, the distribution of ministerial positions is the way a leader would reward his supporters – party colleagues and allies – after winning the elections and obtaining the top job in the country. The reward attached to a ministerial job is not just a matter of prestige and personal pride. It also involves the power to spend money and the greater the ministry budget, the more it is coveted.

However, this picture has evolved during the past decade. Increasingly complex legislation has ensured that no politician has the time or ability to understand what is happening outside their office door, let alone to interact with, and possibly oppose, the top bureaucrats who are in actual control of spending.

This was not too worrying in the past, when a typical politician did not care too much about running the ministerial machine, but wanted to spend resources to preserve or buy consensus. Yet, the context has become more problematic today, as most of the resources available to finance current spending have been de facto appropriated by the bureaucrats. There is less or no ‘new’ money to spend now, and the risk of disappointing friendly interest-groups, and the electorate at large, grows.

The economics ministry presents added features. Prime ministers need someone to take responsibility for the bad news when hit by a crisis. Someone to take the blame for the spending cuts and tax increases they must announce and enforce. Professionals may be the answer. Technocrats, unlike politicians, do not shy away from taking the blame.

And the deeper a country falls into economic trouble, the greater the need to interact with international authorities. Etiquette and national pride require that you do not send a bureaucrat to negotiate with Brussels or Washington. But, at the same time, you cannot send a politician who hardly knows what the others are talking about. The technocratic minister can, once again, be an appealing solution.

There is also a problem of credibility. Democracies are based on political parties. Yet political parties absorb large amounts of money and sponsors with deep pockets are in high demand. Charismatic leaders used to play a critical role in persuading donors to give generously and by guaranteeing what donors could expect in return.

Today, charismatic leaders are in short supply, their range of action has been restrained, and they run the risk of being defeated at the next election. They and their promises are less credible than in the past, so appointing a technocrat who donors like could be preferable to making weak promises.

Technocrats are useful when regulations increase, budgetary constraints become tighter, and when the traditional counterparts of prime ministers are no longer his fellow politicians but the world of business and international organisations. In this light, the division of labour is apparent: the political leader gathers consensus and keeps tensions under control, while the technocrat engages in actual policymaking, especially in countries mired in serious economic difficulties.

But is it really so simple, what sort of outcomes can technocrats bring about, and what kind of scenarios are looming in the background?

In general, we believe that bringing in professionals generates benefits only if the technocrats understand the actual terms of the deal – professional economists must accept that they are scapegoats and luxury spokesmen.

If they start toying with the idea of becoming stars, they are doomed. Sometimes, they are dismissed with a golden handshake, which could include prestigious international appointments.

Tampering with the real world is a job for people familiar with the business environment, not for researchers.

This phenomenon also means, in a European context, that economic technocrats are both the cause and the result of closer integration with the European Union.

The crucial role these technocrats play is however a double-edged sword and opens different views on the future of the EU. If national technocratic actors behave sensibly, refrain from unnecessarily kowtowing to the bigwigs in Brussels and Frankfurt, and strive to promote the national interest rather than their own professional future, then both the EU and the national interest can benefit.

In particular, interaction with the EU authorities will be correctly perceived as an opportunity to coordinate mutually beneficial actions, rather than as an act of submission to an all but omniscient authority which imposes its will on a poorly disciplined flock of irresponsible members.

But if technocrats are blinded by the opportunity for self-advancement, they will ease the way towards federal centralisation. Emmanuel Macron will provide an interesting test.

Our prediction is that the more acute the economic tensions, the greater is the temptation to rely on technocrats. The consequence generated by this tendency depends on what kind of technocrats will be selected.

We believe that European policymaking does not need to appoint professional economists as economics ministers, regardless of their academic qualities: they are too easily tempted to collude with international bureaucrats. Rather, Europe needs managers from the private sector, who know how to run complex organisations, achieve results, work at home rather than at international meetings, are relatively immune to the frills of politics, and are independent and self-confident enough to keep international bureaucrats at bay.

The EU and the euro are easy targets in political blame-game
Central bankers in world’s key economies face crucial choices
Italy faces a new economic and political crisis
How bail-in, bailout, and no economic rescue for countries will work in future
Investors look for reform and good governance on top of returns

The views expressed on AustrianCenter.com are not necessarily those of the Austrian Economics Center.
hayek_admin2019-01-14T06:14:08+01:00