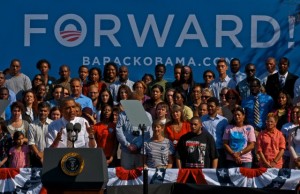 Fisher v. University of Texas at Austin is being deliberated at the Supreme Court. A decision could come as early as Monday. At issue is the University of Texas’ use of race in deciding which undergraduates to admit. In 2003 the Supreme Court, in the case of Grutter v. Bollinger , concluded 5-4 that the University of Michigan Law School had a right to consider race in admissions policies.However, at the same time in Regents of the University of California v. Bakke , the Court ruled that race could be a factor in admissions, but should not be the “deciding factor.” At issue was the number of points assigned to underrepresented minorities. Race remains a contentious issue in American politics, as well as in ordinary life. But it is less factious than it had been. Slavery ended 148 years ago, but the repugnant Jim Crow laws that dominated the first half of the Twentieth Century did not end until passage of the Civil Rights Act of 1968. Affirmative action was a federal agenda initiated during the 1960s as a means of counteracting historic discrimination that had been so pervasive. It was seen not only as a way of amending past wrongs with permitting fairness, but also as a means of fostering diversity. In matters of education and employment, affirmative action was designed to help minorities, whether by race, gender or religion, but especially by race. And, by any measure, it has been a success.

The answers are generally ones of judgment and are always worthy of debate. In my opinion, there is little doubt that affirmative action has been successful. One need look no further than to the fact that Mr. Obama has been twice elected President. While one could well argue that African-Americans remain underrepresented in many fields, the change over the past five decades has been dramatic. But, while affirmative action has favored racial and gender diversification, the same cannot be said about class. Richard Kahlenberg, a senior fellow at Century Foundation, has noted that economic diversity is largely absent form the nation’s most competitive schools. In an interview with Erin Fuchs of “Business Insider,” Mr. Kahlenberg said: “In the extreme, a class-blind, race-based preference system means that Barack Obama’s children deserve a preference in admissions.” Mr. Kahlenberg’s views comport with those expressed by Ross Douthat in his 2005 memoir of his student years at Harvard (class of 2002), Privilege: Harvard and the Education of the Ruling Class . In the book, Mr. Douthat reported that there was racial diversity, but little variance in terms of economic differences. For example, he wrote that 22% of the matriculating students at Harvard, Yale and Princeton came from 0.3% of the nation’s high schools.

Affirmative action, as a permanent fixture, incorporates at least two unrelated risks. For one, it raises the stigma that African-Americans are only at elite universities because of their heritage, not their abilities. The corollary is that it can cause resentment on the part of those who were better qualified, but rejected; i.e. the plaintiffs in the suits. (Richard Sander and Stuart Taylor, Jr. raised a similar concern in their 2012 book Mismatch – that some minorities are admitted to colleges and universities for which they are not prepared, so end up doing poorly.) Second, affirmative action can lead to a sense of dependency (and expectancy) on the part of the beneficiaries – that big brother will always be there to lend assistance – not healthy for the recipient or society.

As to why America continues to compartmentalize its people in so many ways, the answers are both cultural and political. Many colleges have replaced traditional courses with classes in women’s studies, or African-American studies. There is nothing wrong with such courses as adjunct classes, but when they become college majors the tendency is to de-emphasize our shared American history. These problems are the unintended consequences of idealists trying to right an historic wrong. But politicians share part of the blame. Political campaigns find it easier to slice and dice their constituencies, thereby allowing candidates to address individual or small-group grievances rather than address the bigger issues that affect us all. Where we were once seen as a melting pot, with all the implications that meant, we are now seen as a people composed of myriad, but individual elements – man/woman, African-Americans, Muslim-Americans, Jewish-Americans, Hispanic-Americans, Asian-Americans and the 1% or the 99%. We should honor our diversity, but celebrate our unity as Americans, with a common love for freedom and democracy. And we should all bless our fortune in being part of this country.

Lee Bollinger, President of Columbia University, recently penned a vigorous defense of the current system of affirmative action in “Slate.” He wrote, “The distance the United States has traveled in overcoming racial discrimination reflects one of our nation’s greatest achievements…But we still have a long way to go.” His concern was that a focus on socio/economic considerations would mean dropping racial affirmative action. He notes the obvious, that the United States is not a post-racial society. It is not. He quoted from the Civil Rights Project of UCLA that “the nation’s population of African-American and Latino K-12 students is more segregated than at any time since the 1960’s.” That’s obviously not a good thing. But who is at fault – the schools, politicians who encourage compartmentalization or a culture that fosters differences over commonalities? Mr. Bollinger wrote about California’s “flagship state universities” and that the African-American student representation was 40% below where it had been seventeen years ago. But he failed to mention that, with the increase in numbers of Hispanics and Asians, African-Americans, as a percent of California’s population, had declined 23%.

Affirmative action has served a useful purpose and perhaps some measure should be preserved, but I find it quixotic that an educator can speak of the benefits of diversity, and then refuse conservatives the same forum as liberals and, in some cases, ban them from speaking at all. Such illiberal attitudes are unworthy of institutions charged with providing a liberal arts education. The stance by elite universities vis-à-vis ROTC is telling. During the latter Vietnam years, ROTC was banned from many colleges, in most cases for decades. It was a political and cultural decision that in effect limited diversity. But ROTC remained important at many state universities, emphasizing the growing differences between the elite and state universities. According to the Department of Defense, 30% of newly commissioned military officers came out of ROTC programs in 2010. It has only been since the ban on gays was lifted that these colleges have begun, slowly, to reintroduce ROTC. Timely, but ironically, a good friend sent yesterday a clipping from the New Hampshi
re Union Leader about the high school in the town in which I grew up. It appears that the school principal will not allow a graduating senior, who is simultaneously finishing Marine Corps boot camp, to wear his service uniform at graduation. Why would anyone deprive that youth the right to wear his uniform, which he has so valiantly earned? The answer has to lie in political correctness.

The argument in favor is that affirmative action promotes diversity and makes opportunity more universal. And there is no denying the importance of this policy. But, we must also recognize that while living in perfect harmony is a worthy goal, it is only an ideal, not a practical reality. What is fair to one person or one group is not necessarily fair to another. We must be true to our principles of a fair and diverse nation, but we must also be cognizant of the need to compete in an increasingly globally competitive world. Endowments at elite universities are such that ability to pay should never be a problem, in terms of admissions. That would suggest that merit, regardless of means, race or gender, should always be the overriding determination as to who is admitted and who is denied. The diversity one would get would reflect the best and the brightest of a very diverse nation.

This memorandum has been prepared as a matter of general information. The accuracy of the material submitted, though obtained from sources believed reliable, is not guaranteed by us and may not be complete. The opinions and estimates expressed in this memorandum accurately reflect the personal view(s) of the analyst(s) covering the subject securities on the original date the memorandum was issued, but are subject to change without notice. Analyst compensation at our firm is not directly related to any specific recommendation or views contained in this research. The analyst, officers and employees of this firm may at times have a position in the securities mentioned herein.

The views expressed on AustrianCenter.com are not necessarily those of the Austrian Economics Center.
hayek_admin2019-01-14T06:45:51+01:00