Amazon – A Predator, or Just Amazonian? 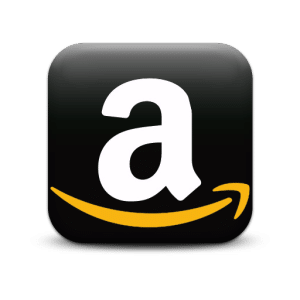 As business owners, we should look upon competition as the tonic that increases our strength. The threat of competitive destruction is one reason we work harder and smarter. As members of society and as consumers, we benefit from the good things competition brings – lower prices and better products or services.

On the other hand, when businesses become monopolistic, consumers suffer. Monopolies, which may be efficient and are sometimes government granted, tend to hurt consumers, as they exclusively have the ability to control price and service. Definitionally, they reflect the absence of free markets. And, of course, when they don’t operate under a government license, they violate the Sherman Antitrust Act. The debate about Amazon, especially in its role as the dominant book retailer, incorporates all of these issues. Is it or is it not predatory and monopolistic? Or is it a good business that is destructive to existing retailers, but positive for consumers?

Disruption is painful for existing businesses, as many of us know from personal experience and as can be read in stories like The Magnificent Ambersons (or seen in the Orson Welles movie of the same name). Booth Tarkington’s novel relates the story of an Indiana family whose fortune was tied to 19th Century carriages at a time when the automobile was proving to be the 20th Century’s greatest invention. Dynamism in business is healthy. Family fortunes have risen and fallen throughout history, and they will continue to do so.

Amazon’s war with Hachette is what prompted these musings. Hachette, a wholly owned subsidiary of Lagardère Group (the world’s third largest book publisher), is in a dispute with Amazon over the disposition of e-book sales. While specifics in this case have not been disclosed, the consensus suggests that under the current contract the publisher retains 70% of all sales and the retailer 30%. Typically, the author gets 25%, which comes from the publisher’s share. The sense of most observers is that in negotiating a new contract Amazon wants to split revenues from e-book sales 50-50 with the publisher – with the publisher continuing to pay the author from its share.

Hachette is not a small company. As mentioned, it is a wholly owned subsidiary of Lagardère, France’s largest production company, with 2013 revenues of €7.2 billion ($9.8 billion). Nevertheless, it is not in the same league as Amazon, which had sales last year of $74.5 billion.

Negotiations over a new contract have been going on for some time, with Amazon, which sells 65% of all online new book units, print and digital, pressuring authors by delaying the release date of their books. (As an aside, and as a minuscule example, I have been “victimized” by Amazon, as they seemingly have delayed availability of my book, One Man’s Family; though, in this case, my brother, the owner of the Toadstool, is a beneficiary. Also, I do not own stock in Amazon.)

It is my understanding that Amazon operates on thin margins. They are primarily interested in volume. Recently, and in a move designed to drive a wedge between Hachette and the authors they publish, Amazon dangled a “carrot” to a few authors and agents, by proposing – so long as negotiations continue – that both Amazon and Hachette forgo their revenues from e-book sales and allow the authors to get 100% of the proceeds. The publisher, naturally, spurned the offer, taking a chance they could convince their authors that such was not in their long term interest. Whether that proves true or not remains to be seen. What we do know, as regards this offer by Amazon, is that Hachette is being asked to give up 45% of revenues (70% less 25% paid to authors), while Amazon is offering to give up 30% – hardball on the part of Amazon, as some might term it.

It is understandable that many people in the book trade have become incensed with Amazon, but the real test is whether consumers have been hurt or helped by the competition they bring. At this point, it seems to me that the benefits of lower prices and ease of ordering outweigh any inconveniences, apart from the closure of neighborhood stores and the foregone delight one gets when browsing their shelves. Of course when Amazon deliberately delays shipments of Hachette titles, the consumer is disadvantaged, but that is a business risk Amazon has assumed. In the meantime, one can always go online to the Toadstool: www.toadbooks.com.

Creative destruction has been a mainstay of development and advancement, at least since the advent of the Industrial Revolution – steam engines, railroads, the telegraph, telephones, photography, etc. They all displaced previous ways of traveling, communicating or capturing an image. We are in the midst of another revolution of sorts, this one driven by technology. Consider Uber, an app that allows riders to call and pay for a cab via a “smart” phone, or Airbnb, an on-line service that connects people with rooms to let with travelers who have such needs. The first has already disrupted the highly regulated taxi business; the second looks to disrupt the highly taxed hotel business. When disparities exist, entrepreneurs see opportunities. Something similar will happen (or is happening) in the lending business; as unusually wide credit spreads between payments on deposits and interest charged less-credit-worthy borrowers seemingly has created opportunities. Granted, we need government to protect against fraud, to set ground rules and to provide oversight, but to impede development is to deny consumers their best options. Free markets are what have allowed societies to become rich.

But to return to Amazon: an irrelevant and frankly silly argument against the company arose when well-known British children’s author, Allan Ahlberg, turned down the inaugural Booktrust Best Book Award, because it was sponsored by Amazon. Mr. Ahlberg claimed that Amazon was “immoral,” because it paid too little in taxes. The company’s European operations are based in Luxembourg; so Mr. Ahlberg claimed they were “cheating” by not paying more taxes in England. The accusations are absurd and demonstrate why successful authors are not necessarily harborers of common sense. Whatever else we may think of the company, Amazon has a responsibility to its shareholders, employees and customers to operate as efficiently as possible. Like all companies, it also has a responsibility to the community in which it operates. It must balance its various constituencies. A significant responsibility of management is to operate as tax-efficiently as possible, within limits prescribed by law. If Mr. Ahlberg has a gripe, it should not be with Amazon, but with the politicians who govern his country.

Is Amazon the devil, as some of its critics claim? I suspect not, even though I feel somewhat personally victimized by the company. Certainly, they dominate the on-line sales of books. A Bowker study last August found that 44% of all 2012 U.S. book sales, including e-book sales, were purchased electronically, up from 39% in 2011. Those numbers would suggest that Amazon accounted for about 30% of all book sales, but a smaller percentage of “print” books – big, but not monopolistic.

In Greek mythology, Amazons were a nation of female warriors, and included powerful women like Queen Penthesilea and her sister Hippolyta. It is a fitting name for a company that chose to challenge conventional retailers. The company continues to innovate, as can be seen with their attempts to develop and promote “Prime Air,” a delivery system using Drones. But make no mistake. Amazon, in its time, will be challenged by new entrepreneurs and in ways most of us cannot imagine. Nevertheless, as long as the company does not have monopolistic advantages, the consumer should be the beneficiary. Existing competitors will have to work harder and smarter.

The views expressed on AustrianCenter.com are not necessarily those of the Austrian Economics Center.
hayek_admin2019-01-14T06:15:45+01:00