An Election That Spells Opportunity 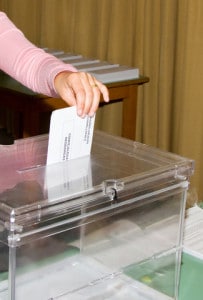 Elections have consequences and postmortems are revealing. They say as much about the person uttering them, as they do about what is being said. In saying to the nation on Wednesday, “I heard you,” Mr. Obama struck a conciliatory chord. However, when he added, “But for the two-thirds who didn’t vote yesterday, I hear you, too,” he was dismissive of those who did vote and exuded a phony sense of clairvoyance regarding those who did not. It suggested that the Country supported him and his policies by a two-to-one margin, despite Tuesday’s election.

Republicans should be pleased with the election, but they shouldn’t run wild; though Scott Walker’s win in Wisconsin was hugely important. The claim that Republican success was a “Tsunami” was too glib. It is a fitting metaphor in the “Twitter” world we inhabit, but misleading and divisive.

Elections do have consequences, as Barack Obama famously sermonized in January 2009, but so do words. Mr. Obama concluded that paragraph with a fateful two-word sentence, which spoke to his unilateralism and, in my opinion, ultimate destruction, “I won.” In so saying, he removed any hope of compromise to help fiscally solve the nation’s economic problems.

Mr. Obama epitomizes what Joseph Epstein terms a “virtucrat” – one who derives “a grand sense of one’s self through one’s alleged virtuousness. Such people feel self-assured based on the moral certainty of their own goodness. However, in the world of governance, compromise is the essential ingredient. There are many on the right who feel much the same way – Ted Cruz comes to mind. They make effective legislators, but are not so good at governing.

The depth and breadth of Republican success on Tuesday could be seen, not only in the re-taking of the Senate, but in state houses across the Country. In my little corner of “very blue” Southeastern Connecticut, Republicans did well. Of the region’s fifteen seats in the state Senate and House, eight were captured by Republicans. Previously, they had two seats.

Democrats have long exercised mastery when it comes to the semantics of the political realm. They toss out words like “liberal” and “progressive” to describe themselves, while their buddies in mainstream media use words such as “obstructionist” and “denier” to define Republicans. The former connotes youth, openness and optimism. The latter denotes old white men, meanness and pessimism. Neither is accurate.

Years ago Democrats misappropriated the word “liberal,” which in the 19th Century meant a willingness to hear all views with the aim of broadening one’s views, and they redefined it to mean the willingness of the state to transfer money from one group of people to another. One has to only look at the administrations and faculty of the nation’s top colleges to realize how illiberal they actually are. They deny students the opportunity to hear views that conflict with their own. They have taken the word “progressive,” which means capable of being evolved or developed, and use it to suggest they are precocious, when in fact they are mired in politics of the past.

Republicans should have the edge with the young. Their policies help those who want to better themselves. Republicans are interested in tax and regulatory reform and individual opportunities. They want simplified, but meaningful bank regulation, not Dodd-Frank which has made big banks bigger, and therefore riskier. They want to encourage creativity, not stifle resourcefulness. They abhor compartmentalization, a term reserved for Democrat strategists who view the electorate as victims, for whom the state can then appear as savior.

It is important not to fall for the story that the election was about nothing, a “Seinfeld Election,” as some claimed, or that it was “boring,” as David Brooks of the New York Times wrote. It was about Mr. Obama’s policies of transforming America by dividing us, emphasizing differences, not similarities; of increasing dependency on government, not unleashing individual initiative; about the abandonment of the rule of law when it is politically inconvenient. It was about Mr. Obama’s focus on victimhood, be it race or gender. It was about his not taking blame when failure appeared, as it did in Benghazi, Fast and Furious, the IRS, the VA, the NSA, Iraq, Libya, Russia, Ukraine and more. It was about downplaying America’s role as leader of the free world.

Just as President Obama promised to “fundamentally transform America,” Republicans must rebrand themselves, if they want to become meaningful and earn the respect of our youth, women and minorities. They must begin using positive words like “opportunity,” “liberty,” “unity” and “responsibility” to define their mission and who they are. They must emphasize that a good education is what provides opportunity; that without freedom we are enslaved; that, while we are diverse, we are one – E Pluribus Unum. And finally, Republicans must speak about personal responsibility, how through trial and error and the assumption of risks, we learn and succeed, accepting losses as well as gains. They must appeal to aspirations, not wants. They must point out that dependency equates to servitude, and that its antonym is independence. Ronald Reagan’s years were called a “revolution” for good reasons. While he wanted to preserve what was good in our culture, he wanted to radically change the way we approached ourselves and our government.

The election created opportunity, not bragging rights. It needs to be seized.

The views expressed on AustrianCenter.com are not necessarily those of the Austrian Economics Center.
hayek_admin2019-01-14T06:09:13+01:00