“And Not One Little Piggy Went To Prison” 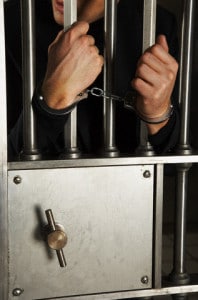 In the case of the Justice Department versus JP Morgan Chase (JPM) re the failure to notify regulators regarding the bank’s suspicions about Bernie Madoff’s Ponzi scheme, the verdict is in: Shareholders must pay fines and related costs of $2.6 billion; bank executives – no fines, no prison. Of course, to the extent individual executives own JPM shares, they are responsible for their share. However, insider ownership of the stock is 0.3% and last year management sold about $180 million of the stock. So, of the $2.6 billion to be paid out, approximately $8.5 million will be paid by management. The rest will come out of the pockets of millions of large and small investors.

The ability to handle fines of this size, without incurring a management crisis (JPM has now paid out about $20 billion in the past year), is attributable to the strength of their balance sheet. And the balance sheet is strong in large part because of the generosity of the Federal Reserve (read taxpayer.) It is an advantage to be too big to fail and to work with other people’s money (OPM) – gains can be privatized and losses socialized.

Cronyism stretches as far back as when man first emerged from his cave and assembled with other people to form a civic society. Ties between government and business go back centuries. Such links were understandable, but not necessarily right. In the New Hampshire town where I grew up, the First Selectman was often the Road Agent. Since roads, next to schools, were the town’s biggest budget item, it was not uncommon for the local construction guy to run for and be elected First Selectman.

Perhaps I am naïve in being surprised of the close ties that bind business to government. Character should matter, but it doesn’t seem to. The Justice Department, in allowing JP Morgan to use shareholder’s funds to foreswear criminal prosecution and private litigation over a failure to act on its suspicions as to the legitimacy of Madoff beggars belief. Suspicions had been raised as early as 1998, according to a report in last Wednesday’s Financial Times. Funds managed by the bank’s asset management arm withdrew from Mr. Madoff’s funds or declined to invest with him, while money’s for which they were custodian were not cautioned. And the bank continued to service Mr. Madoff’s business. One manager in the asset management division had warned internally that returns were “possibly too good to be true.” They were. Nevertheless, no whistle was blown alerting regulators in the U.S., despite such documents being filed in the U.K.

This is not to pick on JP Morgan exclusively. Cronyism is ubiquitous in our world today. Most big banks, most multinationals and many smaller companies – for example, many of the firms operating in the renewable resource arena – regularly interact with politicians for favorable treatment in one form or another. While such ties can never be completely severed, they can be exposed and, thereby, mitigated. It is widely expected that the 55 corporate tax breaks that expired at the end of 2013 will be reinstated, just as they were a year ago.

Banks are of interest in any study of cronyism because they are central to a well-functioning economy. Access to credit is critical to commerce and the ability to save is essential to every individual’s well-being. It is a symbiotic relationship that rewards both partners. But, like most things financial, the business relies on confidence. And confidence depends on trust. When bank executives that are to blame for fiduciary misdeeds are able to walk away unpunished it diminishes our trust in a system critical to the smooth running of the economy.

Banks are typically depicted by the media as behemoths that stand astride Wall Street, itself described as a protected, self-indulgent place composed of the wealthy, managed by the wealthy who work in the interests of the wealthy. JP Morgan is indeed a large, rich bank, but, like most American businesses that are public companies, it is in fact owned by millions of individuals, mostly through mutual funds and pension plans. The Vanguard Funds, the nation’s largest family of funds which also manages the largest index fund, are the bank’s largest shareholder, with holdings in JPM of about $10 billion. I do not know how many Vanguard Funds’ shareholders there are, but I would suspect they must include a substantial portion of the 93 million Americans who own mutual fund shares.

Shareholders, through their director representatives, hire management to oversee their investments. In general, management at JP Morgan has done well, but less so recently. Over the past twenty years, the stock price has compounded at 8.2%, versus the S&P 500 at 6.9%. But most of the gain for JPM came in the first five years. JPM’s price is only 10% higher than it was fourteen years ago, about the time when some executives were first getting suspicious of Mr. Madoff. In contrast, the S&P 500 is up 35% over the past fourteen years.

As a conservative, I deplore the trend toward increasing dependency on the state and the concomitant decline in personal responsibility. But a mark of a civilized society (something desired by conservatives and progressives alike) is accepting responsibility for what one does and says. A civilized society depends on adherence to a code of law and a code of conduct. It relies on character, a condition that is too often missing on Wall Street, Main Street, in business and in politics. Character too often is not taught in schools, nor learned at home, yet it reflects our temperament, our disposition, our nature, our personality. When we speak of people having “strong character,” we refer to qualities like morality, high ethical standards, honesty, courage, fortitude and integrity – words that are today seen as old fashioned and dated. Popular culture is more concerned about self, personal idiosyncrasies and the delightful effect of shock. We have become a self-absorbed people, interested at winning at any price and more concerned with self-praise than respect or concern for others. The taking of “selfies” defines our time.

Politicians are more interested in lining their pockets than in doing what is right for the country. They are consumed with a sense of their self-importance. Large banks have little interest in serving their communities, preferring to use the funds entrusted to them to turn those liabilities into assets that will enrich their executives. Their very size means that government serves as a backstop, lessening their responsibility to their owners – the shareholders. It also means they have become insensitive to the borrowing needs of businesses and consumers. Business and politicians working together means getting fat together. Who cares what is right for the nation? Is there anyone who really believes that former Vice President Gore’s greatest goal, once he lost his bid for the White House, was not to become super rich? Are there no more Jefferson Smiths, as portrayed by Jimmy Stewart? Has everyone in Washington become Claude Rains’ Joseph Paine? Does every politician and banker pay homage to Edward Arnold’s Jim Taylor?

Crime without punishment leads to more crime and that is what was so wrong in the Justice Department letting executives at JP Morgan off the hook. Institutions don’t make decisions or take action. People do. When individuals do well, they should be rewarded. When they do poorly, that should be reflected in their compensation, but when they do something that is criminal or causes losses, the individual – not the shareholder or the taxpayer – should pay the price. It might be argued that no one person could put up $2.6 billion, but that misses the point. It is not the dollar amount that is important, it is the principal of doing what is right – of making an individual take responsibility for what he or she has done, good and bad. Lincoln once said: “Character is like a tree and reputation like a shadow. The shadow is what we think of; the tree is the real thing.” All of the “little piggies” at JP Morgan went to market, or had roast beef. None were punished. A teaching moment was wasted. It’s a shame.

The views expressed on AustrianCenter.com are not necessarily those of the Austrian Economics Center.
hayek_admin2019-01-14T06:39:49+01:00