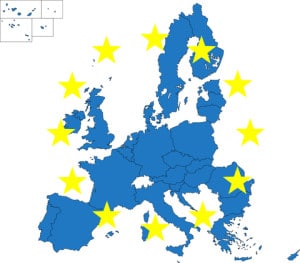 We need to exert pressure on the West to take firmer action towards Russia. Not only for the sake of principles, but also common sense and our security. There is more and more evidence that Russia is carrying out a plan devised meticulously long time ago.

Marcin Celiński: During a telephone conversation with Bronisław Komorowski, President Obama placed emphasis on the validity of mutual responsibilities between allies and on the security of Polish boarders. Does this mean giving up on the territorial and sovereign integrity of Ukraine?

Włodzimierz Cimoszewicz: No. On the contrary. It seems to me that Washington realises that the escalation of the conflict is imminent and is preparing alternative scenarios. After its declaration, the USA immediately sent its planes to Poland. Americans are even more acutely aware than Europeans that idle waiting for Putin to make concessions in answer to insubstantial criticism is naive, and they expect Russia to continue its aggression against Ukraine, and possibly even other countries, like Moldova.

What is your opinion of the actions that the Ministry of Foreign Affairs (MSZ) has taken since the Eastern Partnership in Vilnius?

As for foreign policy towards our eastern neighbours, I have no reservations. I don’t think there was more to be done.

What role do you envisage for Poland in case the conflict escalates? And what stance should we take if Crimea declares itself “independent” or in case any attempts are made to divide Ukraine according to areas with Russian language majority?

We need to exert pressure on the West to take firmer action towards Russia. Not only for the sake of principles, but also common sense and our security. There is more and more evidence that Russia is carrying out a plan devised meticulously long time ago. Incredibly extensive, multilevel and complex subversive operation; the use of special forces; intensive campaign of virulent propaganda; putting to operation agents that have been acquired and trained for a long time etc… What we see today has nothing to do with a spontaneous action. So it is neither temporary nor limited. Putin will move on. We need to contain the situation before he crosses the war line. It is feasible with the use of conciliatory means, however, Germany, Great Britain and other European countries still put relatively insignificant gains over our common security. We need to overcome this. A passive European Union runs the risk of weakening its security in the east as well as shattering its identity. The policy of appeasement brings the EU to the role of an economic entity only, totally devoid of political ambitions. In fact, it spells the end to the European integration.

Should, in your opinion, Ukraine accede to the EU, and if so, when?

This decision is not only political. Ukraine is billion light years away from membership capacity. First, it must undergo great and complex changes. There are bound to be problems and I’m not sure Ukraine will be able to cope with them. The main obstacle is not being able to fight the tumour that is killing it. The oligarchs and the corruption.

Should Ukraine be granted extraordinary security guarantees from the NATO, or perhaps become its member?

Extending firm security guarantees is out of the question, otherwise it would mean war. This is by far the worst option. We shouldn’t aim to confront the aggressor on the most convenient turf for him, but on the one where he feels the most vulnerable. That is, economy. The West has all the necessary means at its disposal to stop Putin from breaking the law. It only lacks the will to do so.

How would you assess Poland’s position? Are we safe? Is our NATO membership a guarantee of peace?

Only now do we see how much our membership in NATO is really worth. It comes as a surprise, because all those years we have lived with the realisation that Europe, after ages of wars, is finally safe. It turns out that it is not. NATO’s guarantees are in fact USA’s guarantees. Those of other members are of lesser importance as all European countries are weak for various reasons. Fortunately, Americans haven’t implemented great army cuts and reductions which were planned, and are ready for military action.

What do you think holds the greatest threat to Poland and what preventive measures should be taken to eliminate or minimise that threat?

We find ourselves in no different position than other Europe countries; we’re just closer. If the Crimean conflict is followed by one in eastern Ukraine or another region, the situation will be really serious. Perhaps economic relationships with Russia will be ended. Then we will have a few months to find a practical alternative for Russian gas. Contrary to what is believed, it is not impossible. We may face the problem of increased inflow of refugees, but we will be able to deal with it. The worst case scenario will be if Russia really loses its common sense and is ready to go to war. I dread to even think that out loud.

The views expressed on AustrianCenter.com are not necessarily those of the Austrian Economics Center.
hayek_admin2014-03-20T11:49:42+01:00