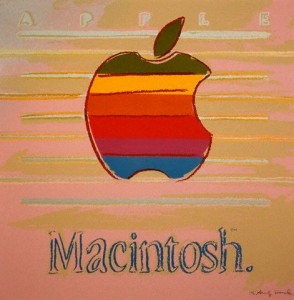 Politicians want all the money they can lay their hands on; but they have a disconsonant dislike for those whose success generates the revenues they live on. Yet they continuously support the wealthiest (individuals and businesses) through a tax code whose complexity can only be understood by whoever can field dozens of tax lawyers and accountants to parse the complex laws that Congress enacted in the first place. Congress loves pontificating in sonorous, moral tones, while assuming any wealthy individual or multinational corporate entity that actually complied and benefitted from the laws they wrote must be rife with criminal behavior. Their actions provide a study of human behavior fit for a Molière comedy or a Shakespearean tragedy.

What is true for politicians is also true for much of mainstream media.  Writing in Wednesday’s Financial Times, Richard Waters noted Apple CEO Timothy Cook’s bid for “the moral high ground [proved] surprisingly successful.” Should it be surprising or unusually moral when a corporation plays by the rules? In Thursday’s New York Times, Michael Shear alluded to Mr. Cook as a “tax dodger.” Mr. Cook didn’t dodge taxes. His company paid the U.S. Treasury $6 billion, exactly what they owed. In doing so, they became the nation’s largest corporate tax payer. Later, in the same piece, Mr. Shear contrasted the respectful reception Mr. Cook received to the “angry, prosecutorial inquisition” that confronted I.R.S. testifiers. Naturally, Mr. Shear made no mention that Mr. Cook had complied with all federal tax laws, while Mr. Shulman and Ms. Lerner have admitted to targeting individual groups, a violation of federal laws. They have also, apparently, committed perjury. Why wouldn’t the one be treated with more respect than the other? Likewise, in writing of the incident on Friday, Floyd Norris in the New York Times deployed such intemperate words as “shameful” and “cheat.” However, I do agree with his observation that the Apple story “reveals that the ability of the rich and well-connected to duck taxes can have a corrosive effect on the attitudes of the rest of us.” Mr. Norris does not, however, mention the obvious that it was Congress, not Apple, which wrote the tax code. Lobbyists simply did what they get paid to do. Any blame must lie with lawmakers, like Senators Levin and McCain who seemed incensed that anyone would actually take advantage of the loopholes and exceptions they allowed.

Legal tax avoidance is not cheating. Congress, in their wisdom, writes the laws with which we must comply, including the tax code. (Or rather, one might argue, Congress enacts laws written for them by lobbyists.) The chief executive of any public company has a fiduciary responsibility to the owners of the business – the shareholders – to maximize returns, mindful of employees and the community, while operating rationally and within the letter of the law. It is not the CEO’s responsibility to fund the federal government, other than to pay what the law says is his due. Is the tax code broken? Of course it is, but that is a different issue. Congress has a fiduciary responsibility to the citizens who voted them into office, not to the lobbyists who entertain them. Simplifying the corporate tax code, as Mr. Cook proposed, may cause Apple to pay more in taxes, but would be offset by reductions in legal expenses. Lowering the statutory rate and reducing or eliminating credits and exemptions would make more sense for both corporations and individuals. But saving money and exercising common sense are not endemic to those who work in the nations’ capital. Doing so would limit the ability of lobbyists to line the pockets of favored Congress men and women, an anathema to their membership!

Steven Rattner suggested in Friday’s New York Times, that Apple was “gaming” the system and that this was becoming (or is) a global problem. He suggested the OECD should move toward a system of taxing profits where they occur. Similarly, Alex Barker in the Financial Times noted that the EU was rushing out a law that would compel all companies operating in the EU to reveal corporate profits and taxes on a country by country basis. Politicians everywhere, when they see a problem whose roots are embedded in government policies, look for even more government to find a solution. The costs to a corporation of complying with even more rules and the bureaucracy that government would have to employ to enforce new rules are of little concern to those whose offices are in Washington or Brussels. Bigger is always better to these people.

Mr. Rattner goes one step further, offering what he terms a “provocative” concept. He writes, “Perhaps…we should consider taxing a greater share of the profits made by companies not at the corporate level, where they are subject to oh-so-much gamming, but rather at the shareholder level,” where little gaming goes on unless one is very rich. In a Saul Alinsky, wealth distribution-like comment, Mr. Rattner adds, “It hardly seems unfair to ask those who already benefit from bargain tax rates on capital gains and dividends to share some of those gains with the government.” First, the assumption is that the government needs more revenues, despite tax collections now approaching 18% of GDP, close to its average over the past fifty years. Second, it ignores the more compelling fact that retirees and those nearing retirement have nowhere near the invested assets they need. If we, as a nation, are going to allow people to retire with some degree of financial security and comfort, our country (and presumably those in most other parts of the developed world) has an enormous need for more investment, not less. According to the U.S. Census Department, 13.3% (or about 40 million people) are over the age of 65. And about 3.5 million people turn 65 each year. A million dollars, invested in High Yield corporate bonds, would produce approximately the median income of $50,000. But a million dollars for 40 million people is $40 trillion, two-thirds the entire size of the United States’ capital markets. Municipal, state and federal governments will soon be forced to cease offering defined benefit plans and join businesses in offering defined contribution retirement plans. The current system is bankrupting municipalities and states and, at the federal level, will likely further cheapen the value of the dollar. With a fiat currency that also serves as the world’s reserve currency, the ultimate answer to rising U.S. federal debt levels is surreptitious devaluation. We need federal policies that encourage investments, not penalize them, and we need a currency that answers the threat of debasement.

The past two decades have seen enormous growth in global wealth and the largest decline in poverty the world has ever known. More can be done, but two common characteristics of this era have been: a proliferation of democracies and an increasing emphasis on free trade. Much attention and envy have been lauded on undemocratic, statist nations like China, but poverty remains rampant there. China’s very size has produced a middle class estimated at 300 million, which China boosters point to. But, according to Wikipedia, 948 million Chinese live on less than $5 dollars a day. And the World Bank estimates that 150 million Chinese live on less than $1.50 per day. It may be the world’s second largest economy, but its tide has not lifted all boats. As a mercantilist economy, China has advantages in exporting products like solar panels, but for the U.S to retaliate with increasingly stiff tariffs is a sure means of slowing global growth and harming American consumers. We certainly don’t want to return to an era of protectionism. Free trade works best when it is driven by innovation and competition. That is true at a company level and it is true at national and state level. Why should countries like Ireland, Switzerland or Luxembourg be punished because countries like the United States or France have higher corporate tax rates or more restrictive regulation? Are cleverness and a desire to compete evil? In the United States, why has California lost population and why has Texas gained? Which state is more business friendly, in terms of taxes, regulation and right to work laws?

Apple CEO Tim Cook came before the Senate Permanent Committee on Investigations last Tuesday to testify about what Committee Chairman Senator Carl Levin (D-MI) cited were the company’s “egregious tax practices” achieved through “alchemy” and “gimmickry,” and what Senator John McCain called “violations of the spirit of the law.” No mention was made of the fact that Senators Levin, McCain and others were authors of the high U.S. corporate tax rates and the complex tax code that sent Apple to Ireland more than twenty years ago. As the lead editorial in Investor’s Business Daily put it on Wednesday, “Legal tax avoidance is not only permitted but, for managers entrusted with shareholders’ wealth, it is an obligation.”

Bureaucrats in Brussels and Washington want to crack down on global tax avoidance. Of course they do. It is garnering more income, not reform that lights their fire. They need to feed the monstrous governments they have created. But can a global tax regime be forged without giving up sovereign rights? Like individuals, nations are not equal. Some have more natural resources, lower energy prices, better access to shipping lanes and larger consumer bases. Regulations and taxes are venues that allow other nations to compete. Why should some supranational body take responsibility for their rules and regulations? Why shouldn’t countries be able to offer easier regulation and lower tax rates? Government officials and policy makers love crises, as they magnify problems; thereby giving urgency to solutions they propose. Don’t waste a crisis, as the man once said.