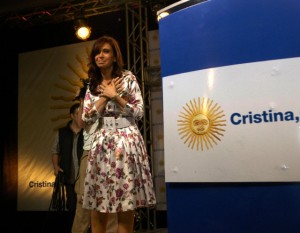 Two years ago, a few days after the victory of Cristina Fernandez de Kirchner in Argentina’s presidential election, the government decided to impose a new system of foreign exchange controls that the press called “the cepo.”

Initially started as an effort to crack down on tax evasion, it became clear later that the new measures were part of another exchange-market intervention by the central bank. In a system of flexible exchange rates, the central bank limits its activities to controlling the money supply. Therefore, the price of foreign currency acts only as an indicator of the correctness or incorrectness of its monetary policy. Under a system of foreign exchange controls, however, the central bank rations foreign currencies by, for example, selling dollars at an arbitrary below-the-market-level price to some specific privileged groups.

Iván Carrino is an economic analyst at Fundación Libertad y Progreso in Argentina. He studied management at the University of Buenos Aires and has a master’s degree in Austrian Economics from Universidad Rey Juan Carlos in Spain.

The views expressed on AustrianCenter.com are not necessarily those of the Austrian Economics Center.
hayek_admin2019-01-14T06:41:10+01:00