At Last, a Better Economic Measure 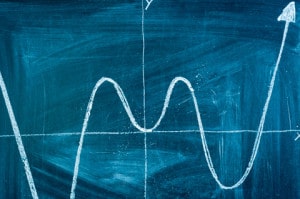 Gross output will correct the fallacy fostered by GDP that consumer spending drives the economy.

Starting April 25, the Bureau of Economic Analysis will release a new way to measure the economy each quarter. It’s called gross output, and it’s the first significant macroeconomic tool to come into regular use since gross domestic product was developed in the 1940s.
Steven Landefeld, director of the BEA, says this new macroeconomic tool offers a “unique perspective” and a “powerful new set of tools of analysis.” Gross output is an attempt to measure what the BEA calls the “make” economy—the total sales from the production of raw materials through intermediate producers to final wholesale and retail trade. Valued at more than $30 trillion at the end of 2013, it’s almost twice the size of gross domestic product, and far more volatile.
In many ways, gross output is a supply-side statistic, a measure of the production side of the economy. GDP, on the other hand, measures the “use” economy, the value of all “final” or finished goods and services used by consumers, business and government. It reached $17 trillion last year.

The measure of the economy’s gross output has been around since the 1930s. It was developed by the economist Wassily Leontieff, but he focused on individual industries, not the aggregate data as a measure of total economic activity. Gross output has largely been ignored by the media and Wall Street because the government issued the number annually, and it was two or three years out of date. That should change now that it will be released along with GDP every quarter. Analysts and the media will be able to compare the two.
Why pay attention to gross output? For starters, research I published in 1990 shows it does a better job of measuring total economic activity. GDP is a useful measure of a country’s standard of living and economic growth. But its focus on final output omits intermediate production and as a result creates much mischief in our understanding of how the economy works.
In particular, it has led to the misguided Keynesian notion that consumer and government spending drive the economy rather than saving, business investment, technology and entrepreneurship. GDP data at the end of 2013 put consumer spending first in importance (68% of GDP), followed by government expenditures (18%), and business investment third (16%). Net exports (-2%) makes up the difference.
Thus journalists and many economic analysts report that “consumer spending drives the economy.” And they focus on retail spending or consumer confidence as the critical factors in driving the economy and stock market. There is an underlying anti-saving mentality in this analysis, as evidenced by statements frequently made during debates on tax cuts or tax rebates that if consumers save their tax refund instead of spending it, it will do no good for the economy. Presidents including George W. Bush and Barack Obama have echoed this sentiment when they encouraged consumers to spend rather than save and invest their tax refunds.
Although consumer spending accounts for about 70% of GDP, if you use gross output as a broader measure of total sales or spending, it represents less than 40% of the economy. The reality is that business outlays—adding capital investment and all business spending in intermediate stages of the supply chain—are substantially larger than consumer spending in the economy. They make up more than 50% of economic activity. The 2012 data are gross output $28,693 billion, and GDP $16,420 billion.
The critical importance of business activity is clear when you look at employment statistics and leading economic indicators. Employees in the consumer side of the economy (retail outlets and leisure businesses) account for about 20% of the labor force, and another 15% work for various levels of government. Yet the vast majority of employees, 65%, work in mining, manufacturing and the service industries.
Most of the leading economic indicators published monthly by the Conference Board are linked to the earlier stages of production and business activity. These include manufacturers’ new orders, non-defense capital goods, building permits, unemployment claims and the stock market. Retail sales aren’t listed among the 10 leading indicators either in the U.S. or other major nations. Even the highly touted “consumer confidence index” published by the Conference Board and highlighted by the media was changed in January 2012 to the “average consumer expectations for business conditions.”
Gross output also does a better job of gauging the ups and downs of the business cycle. For example, in 2008-09, nominal GDP declined only 2% while nominal gross output fell sharply by 8%, far more indicative of the depths of the recession. Interestingly, since the 2009 trough, gross output has been rising faster than GDP, suggesting a more robust recovery.
Finally, as a broader measure of economic activity, gross output is more consistent with economic-growth theory. Studies by Robert Solow at MIT and Robert Barro at Harvard have shown that economic growth comes largely from the supply side—increased technology, entrepreneurship, capital formation and productive savings and investment. Higher consumption is the effect, not the cause, of prosperity.
Gross output complements GDP and can easily be incorporated in standard national-income accounting and macroeconomic analysis. As Steve Landefeld, Dale Jorgenson and William Nordhaus conclude in their important work, “A New Architecture for the U.S. National Accounts” (2006), “Gross output is the natural measure of the production sector, while net output [GDP] is appropriate as a measure of welfare. Both are required in a complete system of accounts.”
Gross output measures spending in both the “make” economy (intermediate production), and the “use” economy (final output). It is a better, more comprehensive measure of the nation’s economic activity than GDP, and a better indication of the economy’s growth prospects.
Mr. Skousen is a Presidential Fellow at Chapman University and the author of “The Structure of Production” (New York University Press, 1990, 2007), which introduced the concept of gross output as an essential macroeconomic tool.

The views expressed on AustrianCenter.com are not necessarily those of the Austrian Economics Center.
hayek_admin2014-05-05T08:39:19+02:00