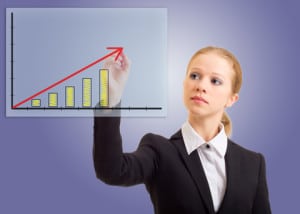 Once virtually abandoned by the mainstream, many ideas associated with Austrian School economics have been increasingly in the spotlight, and in the public consciousness, in recent years. Some of the attention resulted from the popularity of Congressman Ron Paul, who, particularly during his third presidential run in 2012, captured the attention of the millennials, the last generation born in the 20th century.

The appeal of Paul’s anti-establishment economic theories is understandable: raised on expectations of upward mobility instilled in their baby boom parents, today’s young people have emerged into adulthood to face the sad reality that their prospects aren’t as good as their parents’ were, and furthermore, may never be. It is a turbulent, uncertain era that is prompting many to examine what they’ve been taught to believe about what creates prosperity and how economies function. Even if Main Street remains unfamiliar with the terms “Austrian economics” or “Keynesian economics,” its citizens can plainly see that the status quo isn’t all it’s cracked up to be and conclude that different solutions are needed.

Washington Post columnist E.J. Dionne wrote recently about Paul’s declaration during his 2012 campaign that “We are all Austrians now.” Paul’s campaign-stop remark was a take-off on the statement usually attributed to U.S. President Richard’s Nixon in 1971, as he defaulted on the U.S. promise to redeem dollars in gold: “We are all Keynesians now.” (According to other sources, it was economist Milton Friedman who made the statement in a December 1965 Time magazine cover story; Nixon is cited as, “I am now a Keynesian,” as he scrapped the Bretton Woods agreement, ended the gold standard and ushered in our modern fiat monetary system.”) Paul’s point was to acknowledge that his presidential campaigns had brought attention and growing acceptance to the Austrian School ideas that the central bank monopoly over currency, the deliberate inflation of the currency supply, and the artificial suppression of interest rates prevent the marketplace from functioning in a healthy, efficient manner.

Paul’s adherence to Austrian ideals began to catch on during his 2008 run. By 2012, the populace had a clearer view of what caused the 2008 global crash, what the government and financial sector establishment was going to do about it, and what the consequences were for most of the taxpaying public. Iowa Caucus polls in January 2012 showed that 37% of would-be voters under age 30 went for Paul, according to a Christian Science Monitor report.

Of course those in the know, particularly Paul’s enthusiasts, understood the libertarian presidential candidate’s reference: that Americans were rejecting the economic ideas of John Maynard Keynes that encouraged government intervention and provided intellectual ballast for the New Deal. Instead, they were coming around to the principles of the anti-government economics of Austrians Friedrich A. Hayek and Ludwig von Mises.

Dionne warns that conservative politicians “in thrall to Austrian thinking” have created governmental paralysis, subverting efforts to pass legislation that would properly stimulate the economy and spur growth.

Broadly popular measures such as raising the minimum wage and extending unemployment insurance — normal, bipartisan legislation during the Keynesian heyday — are blocked on the assumption that people are better off if the government simply keeps its mitts off the market.

It is now difficult for Congress to pass even the kind of spending that all sides once saw as necessary public investment in transportation, research and education. It’s that “road to serfdom” again: Anything government does beyond enforcing contracts and stopping violence is denounced as the first step of a fox trot toward dictatorship.

Dionne’s words would play better if we did not have the only-too-recent evidence of unbridled government and central bank intervention in the market. The dot-com bubble and bust of 2000, the housing bubble and global crash, did not result from a freely functioning marketplace. Social engineering, government-mandated lending imprudence, central bank-subverted interest rates, all paved the way for the boom and bust. Neither the millennials who voted for Paul nor their baby boom parents have ever lived during an era of free markets.

Simplistically stated, the big philosophical difference between the economic theories of John Maynard Keynes and Austrian School adherents such as Ludwig von Mises and Frederic Hayek is that Keynes believed centralized, state control was the best way to operate the economy, while the Austrians believe the market should be left to function unimpeded. Dionne calls out the Austrians for equating the centralized control of beneficent governments such as those of the U.S. and Western Europe with that of totalitarian dictatorships such as Nazi Germany and Stalinist Russia. But Keynes, in his own words, argues for total state control over money, markets and the economy:

“…it is not the ownership of the instruments of production which it is important for the State to assume. If the State is able to determine the aggregate amount of resources devoted to augmenting the instruments and the basic rate of reward to those who own them, it will have accomplished all that is necessary. (Keynes 1936: p. 378)

“So long as it is open to the individual to employ his wealth in hoarding or lending money, the alternative of purchasing actual capital assets cannot be rendered sufficiently attractive.” (p. 160).

“The only radical cure for the crises of confidence . . . would be to allow the individual no choice between consuming his income and ordering the production of [a] specific capital-asset.” (p. 161).

“Most, probably, of our decisions to do something positive . . . can only be taken as a result of animal spirits—of a spontaneous urge to action rather than inaction, and not as the outcome of a weighted average of quantitative benefits multiplied by quantitative probabilities. Enterprise only pretends to itself to be mainly actuated by the statements in its own prospectus.” (pp. 161- 162).

“For my own part I am now somewhat sceptical of the success of a merely monetary policy directed towards influencing the rate of interest. I expect to see the State, which is in a position to calculate the marginal efficiency of capital-goods on long views and on the basis of the general social advantage,taking an ever greater responsibility for directly organizing investment.” (p. 164).

The great scribe of the Austrian movement, Henry Hazlitt, translates Keynes’ rather dense and convoluted verbiage into plain English:

So there you have it. The people who have earned money are too shortsighted, hysterical, rapacious, and idiotic to be trusted to invest it themselves. The money must be seized from them by the politicians, who will invest it with almost perfect foresight and complete disinterestedness (as illustrated, for example, by the economic planners of Soviet Russia). For people who are risking their own money will of course risk it foolishly and recklessly, whereas politicians and bureaucrats who are risking other people’s money will do so only with the greatest care and after long and profound study.