Back in Iraq? Foreign policy déja vù all over again 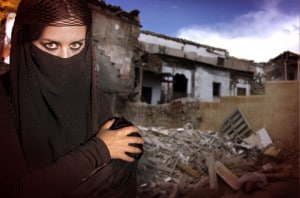 Little more than a decade ago, the United States invaded Iraq. The promised cakewalk turned out far different than expected. Today its government and entire state, created by Washington, are in crisis. Yet the same voices again are being raised calling for military intervention, with the promise that this time everything will turn out well.

Social engineers never seem to learn. It is hard enough to redesign and remake individuals, families, and communities in the United States. It is far harder to do so overseas.

It doesn’t matter if Americans could do it better. With positions reversed they would insist that the foreigners, however well-meaning, leave them alone. Imagine if the French offered to—nay, insisted on—sticking around at the end of the Revolutionary War to “help” the backward colonials make a new nation. Guns would again be pulled down from fireplace mantles across the land!

Yet these days Washington continues to try to fix the world’s problems. In recent years the United States has deployed forces to Haiti, Somalia, Bosnia, Kosovo, Afghanistan, and Iraq. Occupying these lands was in no case a military necessity. Nation-building has not turned out particularly well.
However, until now Washington at least has limited itself to one bout of society-molding per country. Reentering Iraq would be an attempted redo barely a decade after the first go. Rarely has a victorious war proved to be so fruitless and counterproductive so quickly.

Remember the original promises surrounding the Iraq operation? A quick, bloodless war would destroy dangerous weapons of mass destruction and “drain the swamp,” eliminating terrorism.The United States would guarantee a friendly, compliant government by imposing as president an exile who hadn’t lived in the country for decades. The new Iraq would implement democracy,eschew sectarian division, protect women’s rights, and even recognize Israel, while providing America bases for use in attacking neighboring states, including Iran, which with its Shia majority shared manifold religious, cultural, and personal ties with Iraq.

It was a wonderful wish list. Alas, it turned out to be pure fantasy. The conflict killed thousands and wounded tens of thousands of Americans, while killing hundreds of thousands of Iraqis and displacing millions more. The ancient Christian community was destroyed. The ultimate financial cost to the United States, including the expense of caring for those who sustained debilitating wounds, will likely run $3 trillion or more. The invasion stained the United States’s reputation, empowered Iran, and gave training to a new generation of terrorists.

Finally, Baghdad’s sectarian misrule wrecked national institutions and fostered the rise of an ugly Islamic totalitarianism. While the ISIL “caliphate” is likely to find it harder to actually rule than to claim to rule, the movement now calling itself the “Islamic State” seems capable of creating more than its share of human hardship along the way.

That’s quite an impact from that one little invasion so long ago. Other than that, Mrs. Lincoln, how was the play?

The obvious—indeed, only—policy for Americans is to run, not walk, away from the mess.

Yet many of the architects of the original disaster are back, advocating a second shot. Never mind the past, they argue. No need to cast blame, they assert. Everything was going swell before the new administration took over.

The President is putting in Special Forces. Many others advocate drone and air strikes. A few forthrightly call for boots on the ground. William Kristol and Frederick Kagan, for instance, want Washington to take on everyone: Defeat ISIL, force Baghdad government to include Sunnis, and make Iran withdraw its military aid. A three-sided war this time! What could possibly go wrong?

There’s no doubt that ISIL is a malignant force. But the United States should make clear to Prime Minister Nouri al-Maliki that Americans will not bail him out after his policies led to the ongoing catastrophe. Without political reform it is hard to see how Iraq can be saved.

Part of the political response must be to engage Sunni tribes and former Ba’athists who allied with ISIL to oust the national government from Sunni areas of Iraq. It is unlikely that they want to go back to the seventh century; in fact, they already are chafing under the group’s ruthless Islamic rule, as well as increased economic hardship after being “liberated” by a pretend nation state. Iraq’s Shia majority needs to propose reforms that offer Sunnis a better option than remaining in caliphate hell.
In any case, Washington should drop its insistence that Iraq stay together. Kurds are moving toward a vote for independence. Sunnis are deeply alienated. Baghdad’s Shiite leadership remains committed to narrow sectarian politics. Extensive federalism/partition may be the only way to prevent endless killing.

The United States also needs to stop supporting Syria’s opposition. Instead, the priority should be stopping ISIL, which gained its first victories, along with access to financial resources and military material, in Syria. President Bashar al-Assad is odious, but his dictatorship is not dedicated to destabilizing the entire region. If Washington further undermines Assad, it will inevitably help ISIL. Arming the moderate opposition, which so far has lost ground and weapons to the radicals, might do little more than end up further empowering ISIL.

Finally, American officials should invite allies, friends, and even adversaries to cooperate to contain ISIL. The group’s professed ambitions cover much of the Middle East. Numerous nations have good reason to isolate, sanction, and even strike ISIL. Turkey has a first-rate military. Jordan has a capable though fragile government, and a powerful incentive to act: It has been destabilized both by Arab Spring sentiments and by a refugee tsunami from Iraq and Syria, andit is in ISIL’s gunsite.
Iran, though no friend, shares Washington’s antipathy toward ISIL and wants to preserve rule by its co-religionists in Iraq. Lebanon is even more vulnerable than Jordan. The Gulf states,including Kuwait, the emirates, Bahrain, and Saudi Arabia, though mostly Sunni, also are targeted for subversion. Israel does not want to see a radical Islamist state, especially one that wrecks Jordan next door. These nations have different capabilities and interests, but all could help contain and ultimately roll back ISIL’s gains.

The Iraq war should have demonstrated beyond doubt that military intervention has unintended and unforeseen consequences, just like economic intervention. People devoted to individual liberties and limited government should be particularly skeptical of proposals to expand the state—after all, war is the biggest Big Government program—for the purpose of social engineering around the world.

The revival of civil war and veritable collapse of Iraq’s central state are tragedies, but not ones affecting vital American interests. The lesson from 2003 is clear: War truly should be a last resort, never just another policy tool to be used when convenient. The Iraqi imbroglio beckons the usual policy suspects, but the right response is to say, no, the Americans aren’t coming.

The views expressed on AustrianCenter.com are not necessarily those of the Austrian Economics Center.
hayek_admin2019-01-14T06:15:13+01:00