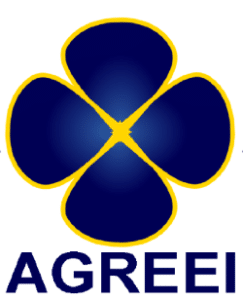 The current global crisis has reached the southern Balkans at a very  unfortunate moment just at the end of the first decade of reconstruction and statehood.  Now in the 6ht year of the crisis public, companies and family reserves are reaching a new low. The modest achievements in savings and wealth accumulated in the reconstruction decade are reaching their limit. Many built in buffers in countries, companies and familiesused to hard time and deep crisis being a reality for the last decades  reach their end. Greece and Italia as main partners continue to be far from their past strength and motor of development of the region.

One of the remedies for the southern Balkans is stronger regional economic  integration and new export markets within the region. This is true for all 4 countries of the Southern Balkans. Albania, Macedonia, Kosovo and  Montenegro will benefit from closer cooperation and the international community should actively encourage and support such integration  efforts. The main strategic objective of the Balkan Benelux project is to create a market of 8 ME with free movement of goods, services,  capital and people.

Much faster than an eventual EU Membership, obviously the ultimate goal of all southern Balkans countries, such a new partnership will bring these countries together and so
allow them to create a joint economic dynamic and a growth agenda missing up to now. The countries need economic growth now and have no time too loose. Growth is necessary to create jobs, prosperity and living conditions to keep the people here in the region by creating the  conditions for sustainable economic growth and ensuring the ambitious EU Integration agenda can be realized. All 4 countries will only be member of the EU in foreseeable future if they are seen as a success story in Brussels and the EU member states capitals. Successfully cooperating within the region will lead first to better economic conditions and willas well be a contribution to convince the EU that the region is mature and ready for the EU.  Possible role models for such cooperation might be the Benelux, Visegrad and Northern Council cooperation in other parts of the EU.

At this event we discussed the fundamental reasons and key factors for determining future growth of the southern Balkans. Do we have the stay the poorest region of Europe and live mainly of labor export and remittances of the diaspora and foreign aid and international transfers and from mineral, petrol and scrap export? Is this a economic reality for the next decades or can the southern Balkans learn from the success models of the Baltics, central Europe, the Caucasus or some parts of Asia and the Middle East and kick start growth and attract much larger levels of investment, create jobs for the younger generation and ultimately as well attract the diaspora to come back to what is one of the lowest populated region in Europe.

Our approach to turning the Southern Balkans countries into a successful Balkan Benelux region are clear free market solutions based on Austrian Economics as outlined in this conference. Turning the poorest region of Europe into the most  competitive, open, and growing region of Europe as a model for Greece, the Balkans and all of Europe might be a far call but we are convinced it can be achieved. Western and Southern Europe are still slow to Reform towards more open and free markets and lower and best flat taxes which would liberate the creative and productive energy of the Europeans. Some countries even go to the opposite extreme and do about everything wrong in terms of taxation, growth and economic freedom and try to impose their economic vision and rigidities via Brussels towards all of Europe including the more successful and dynamic growing part of Europe in the center and east of Europe. These dramatic developments must be addressed and all supporters of reform should work closely together to ensure progress on the freedom agenda in Western Europe. Given the vested interest and lack of strong free market focused leadership this might be a long and difficult struggle and this is the reason for the proposal to develop a special focus on the southern Balkans countries Montenegro, Kosovo, Macedonia and Albania.

Here the freedom agenda is attractive and leaders some by conviction, some often simple by the lack of public finances to copy western European welfare systems are ready to listen and implement and agenda based on freedom and growth. To realize this vision the AGREEI, www.agreei.org the Action Group for Economic and European Integration is proposing to develop Balkan Benelux, a common market of 8 Million people based on the Benelux and Visegrad models in Western and Central Europe. Creating such a common market now and not once all countries have joined the EU eventually will increase volume, overcome borders and attract more investors and the region with its flat tax system of 10% and its great harbors of Bar, Durres and Vlora can will serve as a excellent new European hub and cheap manufacturing and logistic hubs bases for trade with China, India and the rest of the world with easy access to the Italian, German and Eastern European markets.  Please see the ETR newsletter focused on Balkan Benelux.

Please find the results of the Conference about Free Trade between Kosovo, Macedonia, Albania and Montenegro and the establishment of a common market between all 4 southern Balkan countries at our FB Group.

Open Letter to the Prime Minister of Albania, Macedonia, Kosovo and Montenegro

1. We call on your leadership to create a common market of the 4 economies of your countries based on the Benelux and Visegrad model

2. Key is to remove VAT and Customs borders for all goods, services and capital and work towards a common good, services, capital and labor market of the 4 Balkan Benelux countries

3. Europe has removed its borders in the last 20 years and here borders have divided a once common market and VAT collection is the key obstacle for production, SME development and trade.

4. We call on your leadership to develop a joint secretariat with an independent mandate to monitor and benchmark openness and readiness of your administration  to promote and support intra-regional trade

5. We call on you to allow more political and economic freedom and to work on the success model of Georgia to progress on reforms in Anti-Corruption based on new openness approach.

6. The progress of the region depends very much on the status of regional cooperation as no country here is an island. You might not like your neighbor but cooperation is mutual beneficial and anyhow you endeavor to lead your nation into Europe with full free movement of goods, people, services and capital anyhow so why not start now?

Best regards and allow us to express our sincere belief that the Balkan Benelux based on opennes and competitive system will allow the region to prosper and surprise the world again.

The views expressed on AustrianCenter.com are not necessarily those of the Austrian Economics Center.
hayek_admin2019-01-14T06:43:01+01:00