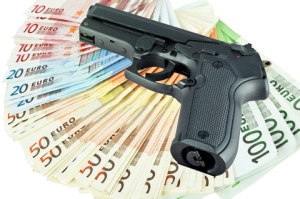 Young men from Balkan countries are fighting as mercenaries in the world’s trouble spots in the Middle East and Ukraine. This raises questions of what countries can do to end the threat to security when these fighters return to their own countries with battle-hardened experience and could they become a rallying point to foment further trouble.

Around 600 mercenaries from Serbia, Macedonia, Albania, Bosnia and Herzegovina, Croatia and Kosovo are fighting in Ukraine, Syria and Iraq. They make up six per cent of all foreign fighters in Iraq and Syria. Serbian mercenaries fought for Libyan leader Colonel Muammar Gaddafi, while fighters from Bosnia and Herzegovina, Kosovo and Macedonia are in Syria, fighting against the Assad regime. Balkans’ fighters are also in Iraq with ISIS and in Crimea and eastern Ukraine. The questions arise whether they are fighting for money or ideology and what security risk these battle-hardened fighters pose for their countries when they return home from war.

EXPERIENCED fighters, veterans from seven Balkans wars between 1991 and 2001, are offering their services to wars in the Middle East as mercenaries or based on their ideological/religious determination.
This has become one of the top security issues for the Balkans following warnings from the United States and the United Nations Security Council, which reported on August 16, 2014, of a dramatic increase in the number of fighters from the Balkans, becoming involved in regional wars. The UN has asked governments in Balkans countries to halt the flood.

Balkans prime ministers responded to the wake-up call from the international community by changing their criminal law, detaining suspects and starting trials against them. The changes to laws in all Balkans states mean citizens are banned from fighting abroad or face prison sentences of between five and 15 years. Some countries have asked Interpol to arrest any of their citizens involved in these wars.

The first trial against these fighters opened in Kosovo in August 2014. Similar action was taken in Bosnia and Herzegovina in September 2014.

Forty-one people were arrested and charged out of 57 suspected of taking part in wars in Syria and Iraq in the Kosovo trial. Five of them admitted they had visited Syria but denied being involved in fighting or terrorist organisations. The others denied that they were part of terrorist groups such as ISIS. Their lawyers are confident of their client’s innocence and consider the arrests are damaging to the country.

The radicalism has been roundly condemned by all politicians in Kosovo.
Religious extremism
Kosovo’s President Atifete Jahjaga has backed the police for ‘combating all religious extremists who pose a risk to national security in Kosovo’. Acting Prime Minister of Kosovo, Hashim Thaci, said Kosovo has ‘no compromise with the evil, extremist elements of any kind of ideology.

Young Albanians publicly burned an ISIS flag in Pristina, the capital of Kosovo, and a special anti-terrorist unit of Kosovo Police arrested 15 people – 12 of them Imams from mosques – suspected of being involved in sending fighters to Syria.

The dean of the Faculty of Islamic Studies in Pristina said, ‘The war in Syria is not a holy war’ for Kosovars. This was supported by the head of the Islamic Community in Macedonia Efendi Rexhepi. Three religious leaders representing Islam, Orthodox and Catholic in Kosovo condemned all forms of religious extremism in a meeting with the head of the Nato mission in Kosovo (KFOR) General Salvatore Farina.

It was reported that an agent from the Kosovo Intelligence Agency (AKI) who had been sent to Syria was killed there, but this has been denied officially.

So why is there such a rise in radical elements ready to sacrifice their lives for a foreign country?

There are several factors from: social to cultural, and from financial to religious. High unemployment and poor education could be key factors influencing the younger generation to fight abroad. But freely accessible information about some radical religious organisations and movements which claim to be ‘humanitarian’ with unknown funding, could also be motivating them.

These ‘humanitarian’ organisations are recruiting young Balkan fighters via Istanbul and sending them to conflicts in Syria backed by money from unknown addresses.

The problem remained undiscovered until fighters killed in action were returned to their homes – four from Macedonia, 16 from Kosovo and five from Albania.

Nobody knows the total number of Balkan fighters killed in battle in the Middle East.

But ‘the level of extremism and terrorism in Kosovo is lower than other countries’, according to the chief of the European Union Rule of Law Mission (EULEX) Bernd Borchardt.

Albanians are said to be the largest pro-American nation in the Balkans.

Balkans fighters are not confined to wars in Syria and Iraq. A unit of Serbian fighters fought for Libyan leader Colonel Muammar Gaddafi during Libya’s civil war in 2011. It is believed the same unit is now fighting in Syria on the side of President Bashar al-Assad.

Serbian fighters were also involved in Crimea in March 2014 and are now in eastern Ukraine fighting with pro-Russian separatists. Forty-six Serbs are involved in the conflict in Luhansk fighting with the so-called ‘popular militia’ of the self-proclaimed New Russian Republic.

Intelligence sources report that Serbian fighters, together with: Cossacks and Chechens are fighting inside Ukraine with pro-Russian separatist and 20,000 Russian soldiers stationed on the Ukraine-Russia border.

Former enemies in the war in Kosovo are continuing their war in Ukraine under the flags of foreign countries.

Official comments from both sides are that these men are mercenaries ‘fighting for money and not for ideological reasons’.

They are ‘earning between US$2,100 and US$6,500’ according to Serbian media, quoting Prime Minister Aleksandar Vucic.

Macedonian officials are aware of the risk and coordinating their response with colleagues in Kosovo, according to Minister of Internal Affairs Gordana Jankulovska.

The problems of the ‘Balkans Rambos’ is not only their involvement in these wars, but fears about their return to their home countries with battle-hardened experience.

What could they do in peaceful circumstances? How can their governments deal with them and their terrorist connections when the globe is not peaceful and wars are no longer restricted to Ukraine, Syria, Iraq or Gaza?

The Global Index of Peace from the London Institute for Economy and Peace in 2014 records only 11 of 164 countries it studied which are not involved in war. Research also showed that the number of conflicts have increased in the last seven years.

So does this offer further opportunities for more work for mercenaries from the Balkans? Fighting for money has been a commercial activity throughout history but fighting for ideological reasons could pose a greater risk for Balkans countries.

Fighters returning home could face ‘depression’ after battle but they could create a focal point to gather new followers for the ‘holy war’.

This could lead to a boomerang effect in the fragile post-conflict Balkans democracy just two decades after their own wars.

Religious opium from the wars in the Middle East or pan-Slavic opium from eastern Ukraine could create new ideological movements or parties damaging the transitional democracies still emerging in the Balkans.

Around six per cent of all foreig