“Beating Up on Hedge Funds” 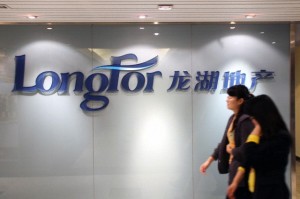 In common with lemmings and sheep, regulators and the Press, along with many politicians and other undesirables, have a tendency to chase trends. Hedge funds have become one of their targets. As regulations have proliferated and indictments publicized, the sector has become politicians’ and regulators’ favorite target. Many in the Press appear to smile smugly as SEC accusations are tossed out seemingly indiscriminately; most of which are later nullified. Beating up on hedge funds has become a favorite game.

Adding to the woes of the industry has been recent poor relative performance compared with long-only funds. But that should not be surprising in a market that is up 150% over the past four years. Hedge funds, after all, do run “hedged” portfolios.

Not many years ago, hedge fund managers were regaled as men and women with a Midas touch. Their performance was such they could command extraordinary fees. Today, some are seen as Lepers – the untouchables of the investor class. While they are frequently cast as a single category, there are as many hedge fund strategies as there are hedge fund managers. Some are active traders; others are long term investors. Some are activists, working with managements to improve operations and returns to shareholders; others act as outsiders, willing to oust management when they feel shareholders’ interests are not being served. Many hedge funds have provided excellent returns for thousands of investors in difficult markets. If we assume that the next four years will be like the last four, perhaps their relative performance may continue to suffer. But history suggests that the last four years will be a difficult act to follow. As prices rise, values diminish.

Additionally, one of the unacknowledged services hedge funds perform is as watchdogs over underperforming and/or crooked managements of public companies. In this regard, in my opinion, they have done a better job than the SEC. It is little wonder that government bureaucracies (like the SEC), and their toadies in the Press, have come to dislike them. Cronyism, whether it is between Washington and Wall Street or between big business, big labor and big government, is one of the principal challenges of our time. Regulated companies can be protected (or penalized) by the very agencies charged with regulating them. And, if government chooses, regulators can shout down businesses it dislikes, regardless of the consequences. Big banks can demand rules that are to their benefit, regardless of the effect on smaller banks. The establishment often gets protected against the encroachment of smaller, more aggressive firms. Hedge funds, because they often operate outside the mainstream and with their ability to short, help keep the system honest and balanced.

Research operates in a grey zone. Professional money managers get paid to perform in a competitive investment environment. They must learn as much as possible about a company before investing. Well compensated investment managers generally have two characteristics: they are good analysts and they have good judgment. A good analyst uses many means of getting information, including, obviously, reading up on the company and interviewing management. They use Wall Street “sell-side” sources and speak to customers and suppliers to the business. He or she asks a lot of questions to gain an edge. Regulation Fair Disclosure is supposed to ensure that “material” information be disclosed to all investors in a public forum so that all receive the data simultaneously. But the definition of “material” can be vague, and what is material to one investor may not be to another. And some analysts are just better. Good analysts build mosaics, gathering small, seemingly innocuous bits of information until they have completed their puzzle. The honest ones are not looking for tomorrow’s headline; they are trying to develop a sense as to what the prospects for the business might be over the next two to three years. Once in possession of the necessary knowledge, they must also have the judgment to use the information intelligently to their and their customer’s benefit.

This is not to say that all hedge funds managers are honest or above board. As in any group, there are the good and the bad. Hedge funds working with investment banks to create securities designed to fail does not strike me as being particularly productive to the economy or to society, however “legal” it might be. Hedge funds that knowingly use inside or privileged information, or deliberately attempt to manipulate the price of a security in which they have a position are in the wrong, as would be any other investor in similar circumstances. While hedge fund fees might seem excessive, it is the net return to investors that is important. For years, the performance of many hedge funds justified the fees they charged. Otherwise, why did money flow into these funds? Unfortunately, like most good things, the proliferation of hedge funds reached their zenith, just as opportunities were lessening. While many navigated the collapse of financial markets in 2008-2009, others, touched by hubris, made large, leveraged bets that turned out bad. As stocks turned up in early 2009, long-only managers, charging less in fees, turned in superior performance.

A consequence of hedge funds coming under greater scrutiny has been that many founders are folding their operations into family offices, where the owners will still function, but under less scrutiny and with significantly lower costs. In an article in the Financial Times, Madison Marriage wrote a week ago, “Single family offices are exempt from Dodd-Frank regulation in the U.S. and the Alternative Investment Fund Managers Directive in Europe.” Ms. Marriage quotes Sean Donovan-Smith of the UK law firm, K&L Gates, “There is a fair bit of creative thinking going on, and it really comes down to the cost of the additional operational procedures and increased liability provisions.” As Jesse Norman writes in his biography, Edmund Burke, the first Conservative, “Government has a right to regulate, but should not become a factor in its own right.” Using a sports analogy, regulators should referee the game, but not be participants. Chasing founders into darkened recesses will do nothing, other than deprive investors of the services of exceptional money managers.

The stock market has and always will attract smart, aspirant people. It also entices scoundrels and con-men. For the former (which is the vast majority), it is the challenge of competing against other intelligent, aggressive people that appeals. The money is a big part of the attraction, but so is the game. For the latter – the unscrupulous and immoral – it is the possibility of easy pickings, of taking advantage of the naive and the gullible. Like it or not, that is the way of Wall Street, and it is not likely to change. Some regulation is always necessary, but people cannot and should not be protected from their own dumb mistakes, nor should they be unfairly penalized when they are successful.

There is a growing need for money management and the businesses that service them. Millions of people must build financial assets. It is a subject I have written about on numerous occasions. Ten thousand people retire each day, most of them with woefully inadequate financial resources. Businesses, over the decades, have moved away from defined benefit plans toward defined contribution ones, like 401Ks. It is inevitable that government workers will have to do something similar. Most government plans are functionally insolvent. Defined contribution plans place the burden of responsibility on the employee. An aging population has great need for a friendly investment environment. The need for investment advisors will continue to grow. It is, however, a business that can attract the ethically challenged. There is an ad that I have heard which is blatantly deceptive. It is about “Michael” who moved “from a park bench to Park Avenue.” He discovered the stock market’s “code,” something “your stockbroker doesn’t want you to know.” But now he is willing to send the answer to you “free.” Having been in this business for over forty-five years, there is no “code” or “secret.” The ad is fraudulent. Diligence, patience and hard work are traits that have gone out of fashion in a politically correct world. The political demand for equality of outcome trumps personal creativity and individual effort.

Not everyone can be in an index fund, nor should they. By definition, index funds are passive, meaning that dollars invested in any one company are based on the weight of that company’s stock in a particular index. There is no regard of management or the economic outlook for the company and its industry. Active managers, not index funds, price stocks in what Warren Buffett has called “Mr. Market.”  If active managements did not exist there would be no governor on poor or fraudulent management behavior. In fact, there could not be index funds Arguably, active investors, who do in-depth research and recognize they are in a competitive business, do a better job of searching out frauds and keeping the system honest than regulators in Washington.

There is an element of schadenfreude amongst some who report on the anguish of the hedge fund industry today. Many of its managers operate (or did operate) outside the cozy world of traditional, establishment bankers. They tended to work on the fringe of the investment world, making bets – God, forbid! – in stocks (or other assets) they expected to decline in price. While the first modern hedge fund was established by Alfred Winslow Jones in 1949, the concept of hedging is as old as commerce. The tech/internet bubble that burst in 2000 gave impetus to these funds, as stock priced declined for three years. Consequently, hedge fund assets grew exponentially in the first decade of the 21st Century. The success of David Swenson of Yale in the 1990s legitimized the use of “alternative investments” for institutional investors. Hedge funds went from the quiet backwaters of Wall Street where they had functio