Being an Austrian Is Easier Than Ever 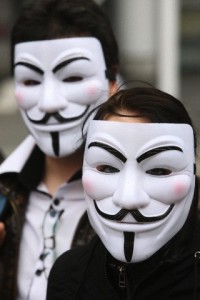 In April 2011, two years shy of its 100th birthday, the Fed held its first press conference in history in response to mounting criticism of its lack of transparency. In other words, the Fed felt that it had to walk out into the sunshine and defend itself. And, as no doubt part of the same public relations effort, recent Fed publications reveal a concerted effort to perpetuate the myth that the Federal Reserve System is not a central bank at all, but a system of banks that serve “our local communities.”

For those of us studying in economics departments in the late 1990s, reverence for the Fed as an institution was unquestioned. Today, however, while it is still largely misunderstood by the public, the Fed has become something of a byword for secret deals and crony capitalism among a growing segment of the population.

None of this happened by accident, of course. The Fed’s role in the destructive dot-com and housing bubbles of recent decades, and its role in the heightened monetary profligacy of recent years could have remained comfortably in the shadows as it has done for most of the Fed’s century-long history. What’s different this time is that, with the help of the web, Ron Paul’s 2012 campaign, and of course, the Mises Institute, the Austrian School of economics is no longer an obscure and ignored minority.

While no one would describe the Austrian School as dominant today, the fact that it can no longer be ignored is made clear in the many ways that a Bruce Bartlett or a Paul Krugman at The New York Times goes out of his way to attack the Austrians, or it may simply be seen in the sneering criticisms of the Austrian School that mainstream economists feel obliged to include in their remarks to colleagues and students.

As anyone who has worked in academia knows, academia is fundamentally authoritarian and resistant to change, so the fact that the academics are lagging behind the general population should surprise no one. But the growing popularity of the Austrian School among young, well-informed laypeople and young scholars alike is certainly heartening.

In spite of all this, it remains easy to lose sight of how much progress has been made.

A decade ago, although the Mises Institute had laid the foundation for the Austrian School’s expansion today, it nonetheless remained all but invisible to an ordinary college student. Indeed, in college in the late 1990s, I never encountered any Austrian scholar at all until I just happened to take a macroeconomics course with Fred Glahe, an Austrian economist at the University of Colorado. Still unfamiliar with the Austrians a year later, Glahe instructed me to attend an event called Mises University, and I dutifully went.

Yet after a week of Mises U, and after being fully convinced of this new way of looking at economics, I still had to return to everyday life where there were no Austrian students to talk to. Without social media, I lost touch with almost all of the students I met at Mises U, and after joining the Ph.D. program at Indiana University, I quickly found out that being a follower of the Austrian School was a lonely proposition indeed. The Mises Institute was truly the only way to connect to the larger Austrian movement back then, and it was a lifeline.

In those days we thought that the web had already changed things dramatically, but even then we still didn’t imagine Youtube with its streaming videos, social media, lightning fast downloads of books, ebooks, smartphones, and a variety of other media and technologies that now enable us to stay connected to the Austrian movement every day, all day, if we wish.

Of course, all of this technology would be useless without the scholarship necessary to take advantage of it. The web and any technology can just as easily be used to promote enormous growth in government. But today, as always, the Mises Institue continues to form the intellectual backbone behind the movement, providing the books, academic articles, scholarly journals, events, videos, webinars, classes, and daily articles that engage scholars and readers on a daily basis.

And the audience is bigger than ever.

I was a senior in high school when Murray Rothbard died, and like most Austrians my age or younger, I never met Rothbard or Mises or Hayek, or any of the major figures associated with the movement. And while it would be a pleasure to meet such people, younger Austrians do not rely on personal relationships with the giants of the movement. The Austrian School is much bigger than that and is more mainstream and easier to engage than perhaps many of its older practitioners ever believed possible.

As Tom Woods has noted, supporters of other schools of thought complain that while anyone interested in Rothbard can simply read all his books for free online, the followers of, say, Milton Friedman, must purchase his books. This, we are told, gives Rothbard and the Austrians an unfair advantage.

And while it may or may not be unfair, it is certainly an advantage. Having taught college for eight years, I know that it’s risible to expect an undergraduate student to go to a library and wade through the stacks to find some book you recommend. If it’s not online, or if the student’s grade doesn’t depend on it, it won’t be read. But thanks to the Mises Institute, the right books are being read, and they now can even be discussed, viewed, heard, and taught online and at the Mises campus, among friends, as well.

I noted earlier that the Fed has fallen on hard times in terms of public opinion. That’s good in itself, but the Fed will remain in little real danger as long as the nature of the economy is not understood. This is where the Mises Institute is essential. If the Fed were to be eliminated under today’s ruling intellectual regime, it would surely just be replaced with another similar institution. The same applies to all other government agencies and institutions.

Politics and public dissatisfaction with institutions like the Fed or the U.S. government are not enough. People have mocked and made fun of today’s governments for decades, and many elections have come and gone, and yet there the Federal government is, in no danger of being downsized by popular demand.

It’s up to us and the scholarship of the Austrian School to help people understand the nature of the beast and what the world would look like without it. Real, lasting change comes only with education and with the intellectual movements behind them, and with a revolution in ideas.

You can help us continue the revolution.

The views expressed on AustrianCenter.com are not necessarily those of the Austrian Economics Center.
hayek_admin2019-01-14T06:40:32+01:00