Blowing the Budget in the Wind 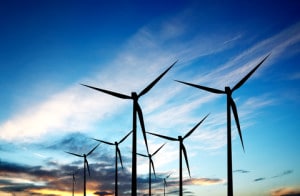 If the history of the Obama administration is any indication, one of the most efficient ways for the federal government to waste money is to “invest” it in green energy projects. Projects that are doomed to fail because they are nowhere near being economically viable.

In fact, we could argue that the green energy industry itself just isn’t sustainable, which makes these kinds of government-subsidized “investments” a very bad deal for taxpayers.

It would be one thing if only the money of millionaires and billionaires were at high risk of being lost, but when ventures like these are entirely dependent upon government subsidies to even exist in the first place, that’s a very good indication that there are a lot of better and smarter things that could be done with the taxpayers’ money. Especially when there is no hope of the green energy projects ever living up to their promises.

Unfortunately, because the green energy industry is so dependent upon the government’s subsidized support for its existence, rather than developing economically viable technologies and businesses, it spends a lot of its limited resources on keeping the stream of government subsidies that feed it going. Their latest gambit has reached all the way into the White House, as President Obama’s latest budget proposal is actually proposing disadvantaging their profitable competitors while making their own subsidized support permanent:

Yesterday, President Obama unveiled his proposed national budget for fiscal year 2015, and it includes a smorgasbord of efforts on climate issues.

“We know that future generations will continue to deal with the effects of a warming planet,” the President said yesterday in a speech introducing the budget.

The $3.9 trillion document allocates about $1 trillion for discretionary spending across both defense and non-defense, with the rest going to mandatory programs like Social Security and Medicare. Within that $1 trillion, Obama carves out numerous programs to push forward the climate action plan he announced last year….

This includes a permanent extension of the production tax credit for wind — a cost of $19.2 billion over ten years — which expired at the end of 2013….

The budget would axe about $4 billion in tax breaks that are currently available to the oil and natural gas industries, and another $3.9 billion in tax preferences for coal.

It must be really nice to have a “friend” in the White House who is willing to help you stack the deck in your favor, no matter the cost to taxpayers. Bloomberg Businessweek explains how important it is for the wind energy lobby to get that tax credit made permanent:

In Texas, the wind tends to blow the hardest in the middle of the night. That’s also when most people are asleep and electricity prices drop, which would be a big problem for the companies that own the state’s 7,690 wind turbines if not for a 20-year-old federal subsidy that effectively pays them a flat rate for making clean energy no matter what time it is. Wind farms, whether privately owned or part of a public utility, receive a $23 tax credit for every megawatt-hour of electricity they generate. (A megawatt-hour is enough juice to power about 1,000 homes for one hour.) This credit, which was worth about $2 billion for all U.S. wind projects in 2013, has helped lower the price of electricity in parts of the country where wind power is prevalent, since wind producers can charge less and still turn a profit. In Texas, the biggest wind-producing state in the U.S., wind farms have occasionally sold electricity for less than zero—that is, they’ve paid to provide power to the grid to undercut the state’s nuclear or coal energy providers.

This sweetheart deal looks to be on its way out, in part because it succeeded in what it set out to do. Over the past five years, wind has accounted for 36 percent of all new electricity generation installed in the U.S., second only to new natural gas installations. Wind now supplies more than 4 percent of the country’s electricity. At about 60,000 megawatts, there’s enough wind energy capacity to power 15.2 million U.S. homes, a more than twentyfold increase since 2000. It’s still tiny compared to fossil fuel: Combined, coal and natural gas supply roughly two-thirds of U.S. electricity. But wind produces about six times more electricity than solar. That’s led Congress to take steps to do away with tax incentives first established in 1992 to help the fledgling industry take root. In December lawmakers allowed the credit to expire.

That the green energy lobby is now working to make the wind energy tax credit a permanent burden upon U.S. taxpayers, even as the industry supporters claim the industry’s “success”, really means that the entire industry’s business model is fatally flawed. In calling to make the tax credit permanent at their behest, President Obama is really communicating on their behalf that the wind energy industry will never be able to sustain itself without it.

A smart investor would recognize these things and cut their losses so they could move on to greener opportunities. Allowing the wind energy industry’s tax credit to permanently expire rather than be made a permanent burden for American taxpayers would make that possible.

The views expressed on AustrianCenter.com are not necessarily those of the Austrian Economics Center.
hayek_admin2014-03-12T09:24:48+01:00