“Boston –A Cradle of Civilization” 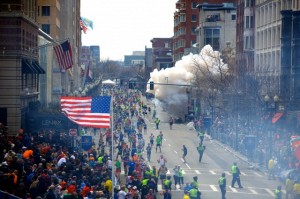 “As all schoolchildren know, the “Cradle of Civilization refers to Mesopotamia, a region centered around the city of Harput in eastern Turkey, in that Fertile Crescent between the Tigris and Euphrates Rivers. It extends into the Kurdish region of Iraq and toward Baghdad. While it was home to the first written records, it is an area that has seen tremendous violence over the years. Five thousand years later, Bostonians, in the years following the American Revolution, looked upon themselves as the new world’s “Cradle of Civilization.”

The designation smacked of being supercilious, but was not unsurprising. The greater Boston area is home to the nation’s oldest university, Harvard, and to more than 100 other universities. The Boston Symphony and Boston Pops are world renowned. There are more than 40 museums, perhaps the most famous being the former home of Isabella Stewart Gardner. The belief in a “Cradle of Civilization” lay behind the Transcendentalists, a group that was formed in the 1830s. It included notables like Henry David Thoreau, Ralph Waldo Emerson, Walt Whitman, John Muir, William Ellery Channing, Amos Bronson Alcott and his more famous daughter Louisa May. They were idealists who believed in the inherent goodness of people and nature, but that society and its institutions (especially political parties) ultimately corrupted the purity of the individual. They considered themselves unquestionably civilized. Self reliance and independence were characteristics they highly valued. They would have been shocked, but not surprised by the horrific events in Boston on Monday.

That attack occurred on Patriot’s Day, a day that commemorates the first battles of the American Revolution, at Concord and Lexington on April 19th, 1775. Faneuil Hall came to symbolize Boston’s “Cradle of Civilization.” In the years just prior to the Revolution, it had become a gathering place for those known as patriots. They protested the growing presence of the British army and the raising of taxes by a Parliament in which they were not represented. The day is a state holiday and includes a home day game for the Boston Red Sox and the running of the Boston Marathon. The Boston Marathon has its own history. It is the oldest marathon in the Country and among the most difficult. It was first run in 1896. There were marathons during both world wars. In a less politically sensitive time, Korean Americans were precluded from participating during the Korean War. Women were only formally permitted to run in 1972, though the first ones ran in 1966. The last American man to win was Greg Meyer in 1983 – the last American woman, Joan Benoit in 1979.

In retrospect, it was not surprising that terrorists would use this day to exploit their heinous craft. They knew that the day, and especially the finish line, attracted thousands of people, maximizing their ability to kill and maim as many innocent men, women and children as possible. It was pure luck that not more people were killed. Their very act makes one reconsider the concept of civilization and a civilized society. However, the term “civilized” has long been associated with violence. Indigenous groups, whether they were Visigoths, Celts, Aztecs, African natives or American Indians, were often killed by “civilizing” conquerors.

What is civilization?  When asked about Western Civilization, Mahatma Gandhi responded, “I think it would be a very good idea.” In The Philosophy of Civilization, published in 1923, Albert Schweitzer defined civilization as being “the sum total of all progress made by ‘mankind’ in every sphere of action and from every point of view, in so far as this progress is serviceable for the spiritual perfecting of the individual.” Webster’s first dictionary (1828) defines civilization: “The state of being refined in manners from the grossness of savage life, and improved in arts and sciences.” From having worked on trading floors for the most part of the past five decades, I suspect Noah Webster would have noted a reversion to savagery in much of the “civilized” world.

A lack of civility became commonplace in the past Century, as wars extended from the battlefield to the home front. Gas emitted from trenches on both sides in World War I followed the wind, which sometimes headed toward the enemy, but might drift over a field of cattle, or into a nearby village. When Germany bombed London during the early months of World War II, their purpose was to kill civilians, so as to dishearten the population. More than 28,000 Londoners died over an eight month period. During three days in February 1945, Allied bombers deliberately killed about 25,000 citizens of Dresden for the same reason. In August 1945, American bombers dropped atomic bombs on Hiroshima and Nagasaki, killing more than 200,000. The purpose was to shock the nation into unconditional surrender. It worked. A few years earlier in Nanking, the Japanese killed an estimated 250,000 to 300,000 Chinese, mostly civilians. Total dead in World War II is estimated to be 60 million, two-thirds of them civilians. Almost half a million civilians died in Vietnam during their two-decade civil war. It is estimated that 77,000 Syrians have died over the past two and a half years. So much for the civilizing influence of societies over the past hundred years. In his same book, Albert Schweitzer wrote presciently, “…the ethical ideas on which civilization rests have been wandering about the world, poverty stricken and homeless.”

Recently an old Greenwich friend asked if we might move back to “civilization.” My wife and I moved to Old Lyme from Greenwich twenty years ago. It got me thinking about civilization. My first reaction was to explain that I enjoyed the bucolic sense Old Lyme offers and especially our place on the marsh rivers near the mouth of the Connecticut. The contrast of standing on the cat-walk watching the season’s first Ospreys circling lazily in the sky with combating thirty-somethings, driving SUVs almost the size of my first house, jostling for a parking spot on Greenwich   Avenue, made my response easy.

But civilization is not about the rural beauty of Southeastern Connecticut, anymore than it is about playing bumper cars in Greenwich. It is not limited to the city of Boston, nor is civility denied Boston because of Monday’s horrific events. The word civil derives from the Latin civilis, which relates to a citizen – a townsman, as opposed to a soldier. Citizens were considered more courteous than soldiers. Civilization is about the arts, but it is more a state of mind; it is an ideal toward which we strive. It represents the freedom each of us has to pursue our dreams, to speak and assemble unafraid. It is the living in a society based on the rule of law, one that supports the concept of the greatest good for the greatest number. It is true, as Henry David Thoreau once wrote: “While civilization has been improving our homes, it has not equally improved the men who are to inhabit them.” Nevertheless, it is a worthy goal. Not unlike Stewart Little’s quest, or the search for the Holy Grail, it is ultimately an elusive and unreachable goal. There is no Nirvana. It is, however, an ideal for which a civilized people should never lose sight and for which they should never stop searching.

The bombs that went off near the finish line of the Boston Marathon in no way infers that Boston is uncivilized, but they do say that there are uncivilized among us, and we must acknowledge their presence. There are those who now say that we will never be the same, that we will never feel safe. Time is a great healer, but we are all products of our experiences and what happened on Monday will not only live on in the memories of those who were there, but in the minds of all Americans. Time will serve to lessen the pain, both physical and emotional. But, we cannot and should not forget that there are those who wish to do us harm. At the same time, we cannot let a vindictive spirit thwart our desire to live peaceful and productive lives.

Terrorism is not limited to al Qaeda. It functions under many names. It can be domestic, as well as foreign. We have been involved in a war against terror for many years – long before 9/11, in fact. Thousands of Americans, including children, have been killed. The concept of such a war is difficult to grasp and even harder to explain and defend. In a speech to the nation shortly after 9/11, President George Bush noted that it would be a war unlike any other we had waged, that it would last for decades. Euphemisms, such as “work place violence” or “man-caused disasters,” serve to trivialize what are, in fact, acts of terrorism. They are perhaps meant to console, allowing us to more quickly get on with our lives. But they lack truth; so should have no place in our lexicon. The screams, the blood and severed limbs on Monday were reminders that terrorists remain among us. We must remain vigilant, even as we cannot allow such actions to disrupt our freedoms. In the face of such horror, we must catch and punish the offenders – we must not be afraid to refer to them as the terrorists they are – but never failing to forget that our liberty is dependent upon our keeping that illusive sense of civility forever in our sights.

The views expressed on AustrianCenter.com are not necessarily those of the Austrian Economics Center.
hayek_admin2019-01-14T06:49:24+01:00