"Budget Accord – Necessary Perhaps, but no Applause” 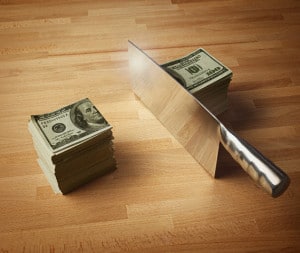 “Politics is the art of the possible,” so said Otto von Bismarck. He should know. He helped unify Germany, which had been a collection of states, into a single German empire in 1871. He served as Germany’s first chancellor, and remained in that position until he was dismissed by Kaiser Wilhelm II in 1890. He forged a balance of power, which helped preserve peace in Europe for over forty years.

Politics is about governance. The word has its roots in the Greek word politikos, which refers to citizens and the practice of influencing people on a civic level. In a democracy, politics is about influencing others, but it is also about negotiating with those with whom one disagrees. In places like Russia, China and North Korea, politics is about ultimatums. Those who disagree embark on the same journey as did Jong Un’s uncle, Jang Song Thaek. In the United States, government works best when members of both political parties work in a bi-partisan fashion, placing the needs of the nation above their personal or party preferences. Kennedy, Johnson and Carter are the only modern Presidents (post World War II) to have had control of both houses of Congress for their full terms, but it did them little good. Kennedy, as we know, was assassinated in his third year. Johnson won reelection in 1964, but was forced to bow out in 1968. Carter failed to win reelection in 1980. In contrast, Eisenhower, Reagan and Clinton are more fondly remembered and, with the exception of Johnson, accomplished more. All three served two full terms. Eisenhower was opposed in the House and Senate for six of his eight years. Reagan had to deal with a Democrat House for all eight years and two years of Democrat Senate control. Clinton, like Eisenhower, was opposed for six of his eight years in both the House and the Senate. Single party control did not assure personal or legislative Presidential success, nor did a “loyal” opposition prevent significant accomplishments.

All Presidents have had their nemesis. Kennedy had Senator Robert Byrd, but the West Virginian Republican became an ally to Johnson in passing massive social legislation. With anti-war groups chanting “Hey, Hey, LBJ! How many kids have you killed today?”, Johnson had the people as his nemesis. Reagan had “Tip” O’Neill. Reagan had come to the Presidency as a conservative, but he was also pragmatic. In 1983, in response to a concern that he was retreating from his principles, he said he was not prepared to “…jump off the cliff with flag flying. I have always figured half a loaf is better than none, and I know that in the democratic process you’re not going to always get what you want.” Clinton had to work with the feisty House Speaker Newt Gingrich. Together, they reformed welfare and helped promote a strong period of economic growth. They also presided over the collapse of the tech bubble.

Extremists are common to both parties. They serve useful purposes, in the sense that they can keep party leaders’ feet to the fire regarding principles, but they can be disruptive. Republican “extremists” are labeled “Tea Partiers” (a term that despite its storied origins has assumed a pejorative connotation). Tea Partiers represent a significant minority of the population and a few sit in the House and Senate. Extremist Democrats are known by the more complimentary word, “Progressives.” (Democrats have always been more careful about labeling. They are the ones that can truly put lipstick on a pig, to borrow a phrase. If only they would be as careful about the policies they peddle.) New York Mayor-elect William de Blasio ran proudly on that label and garnered 17% of the electorate – enough to win the election, but hardly enough to suggest a mandate. However, the most prominent “progressive” is President Obama. The President is never depicted by mainstream media as an extremist, but it is hard to characterize Mr. Obama as being middle-of-the-road, when he declared his intent to “fundamentally transform” America and used the “Life of Julia” to depict his vision of the relationship between government and its people.

Extreme adamancy has been harmful. It prevented a “grand bargain” four years ago. In ignoring the findings of the Simpson-Bowles Commission on Fiscal Reform and Responsibility, the President assured that the Federal Reserve would be the only game in town when it comes to addressing our sluggish economy. There has been no regulatory or tax reform, which would have helped kick-start the economy. While some of the blame can be laid at the feet of recalcitrant Republicans, this was not a solo dance. Three days after the inauguration, in response to Republican concerns regarding a stimulus package, Mr. Obama said, “I won.” The inference was, ‘you lost. It’s my sandbox!’ The stimulus package passed with no Republican votes in the House and only three (Arlen Specter, Susan Collins and Olympia Snow) in the Senate. The stimulus did nothing to help the economy. Two years later, the President joked: “shovel-ready was not as shovel-ready as we expected.” In the room with him, laughter was forced; most winced.

Neither party got what they wanted in the Budget resolution that passed the House last week. But, assuming the Senate passes the bill, the government will not shut down in January and that will be good for Republicans. It remains a mystery to me that when politics in Washington do not work, the inevitable goat is the Republican Party. Democrats walk away, scent free. The current agreement is modest in scope. It represents a baby step toward conciliation. However, as Charles Krauthammer wrote, the deal was “better than the alternatives.” The agreement calls for a $63 billion increase in spending in 2014 and 2015, coupled with $85 billion in deficit reductions over the next ten years. The ten-year savings of $23 billion is roughly equivalent to ten days of deficits! But there are no income-tax hikes and sequester is not dead. Federal civilian employees hired after January 1st will see a 1.3% increase in personal retirement contributions, and there will be a decrease in annual cost-of-living adjustments for military retirees still of working age. However, just the fact that a budget accord has been reached should improve confidence.

Uncertainty has plagued the business community since before the recession began, and what is bad for business is bad for job growth. Modest economic growth, continued productivity improvements, low interest rates and very solid corporate balance sheets have propelled stocks higher. But the economy has lagged and the country needs jobs. There is an irony in that the nation’s most progressive President has promoted policies that have helped the rich and hurt the poor and minorities. But it is unsurprising, as economic growth stems from that bête noir of Mr. Obama – the private sector. To the extent this budget agreement helps confidence that should be good for business expansion. Despite recent job growth, the economy employs about 3 million fewer people than when the recession began six years ago.

However, the accord does not deserve celebration. The problem of debt remains and will only become worse as ObamaCare is added to entitlement spending, which is crowding out spending on defense and infrastructure. Entitlement spending, as a percent of GDP, is currently running 35% above where it averaged over the past 30 years. Federal debt amounts to $17.3 trillion, or more than $50,000 per person. (With ten grandchildren, I hate to think of my share!) Future obligations to Medicare, Medicaid, Social Security and now ObamaCare are virtually incalculable. Niall Ferguson has suggested the number might be as high as $200 trillion. Social Security is a prime example. When it began in 1935, life expectancy was 61 and eligibility was 65. Today life expectancy is 80 and eligibility is 66. In 1945, there were more than 40 workers for every retiree; by 2030 there will be less than three. At some point, some President is going to have to muster the courage to address our entitlement problems. There are things they can do to slow the process. They can means-test recipients. They can raise the retirement age. They can ensure payments to disability recipients are only to those that deserve them. None of these “fixes” will prevent what increasingly looks like an inevitable train wreck, but they might slow the momentum, or delay a crash. If nothing is done, future obligations will be paid off with a depreciated currency, if they get paid off at all. The problem with Democrats especially, but with too many Republicans as well, is that they have assumed the position of an ostrich – head in the sand. The deal was, as Larry Kudlow wrote, “a political solution, not a fiscal one.” It gets us past the first of January, but not much beyond that.

But Paul Ryan’s and Patty Murphy’s budget deal was probably the best that could be hoped for at this time. It should allow Republicans time to focus on the 2014 Congressional elections and even on 2016. We’ll see. Nevertheless, we continue hurtling down the highway, in a driving snow storm, riding on bald tires, with a yawning crevasse somewhere on the dark road ahead.

The views expressed on AustrianCenter.com are not necessarily those of the Austrian Economics Center.
hayek_admin2019-01-14T06:40:30+01:00