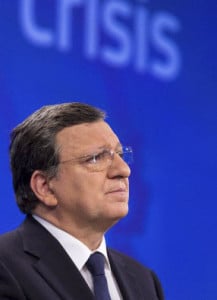 Brussels, 24 September – The European Union spends €7.5 billion a year on non-governmental organisations, even if some of them act against the public interest, according to a new report. “Helping Themselves” says that spending on NGO’s encourages a culture of professional lobbying and fundraising by politicised charities who no longer reflect the public’s priorities. It proposes radical measures to reform the way the EU spends money on its policy objectives.

New Direction – The Foundation for European Reform is a free market think-tank established in Brussels in 2010 to add innovative ideas and encourage reform efforts in Europe. Together with a strong network of partner think tanks around Europe, New Direction produces original and relevant research papers focusing on the most pressing issues in the area of economic growth, competition, financial regulation, energy security, taxation, agricultural policy, bureaucracy and EU institutional affairs.

The report in full is available here:

Helping Themselves: Six ways to reform EU Funding of NGO’s

The views expressed on AustrianCenter.com are not necessarily those of the Austrian Economics Center.
hayek_admin2019-01-14T06:43:17+01:00