Cannabis legalization: Is Uruguay turning a good idea into a bad experiment? 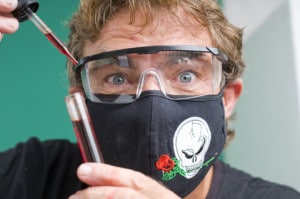 The world is attentively observing and in most cases praising Uruguayan legalization of cannabis before the recently approved law is carried out. As a Uruguayan and lover of individual freedom I would like to be the first one to stand up and celebrate this big step to end the war on drugs, but I cannot avoid being skeptic.

If we consider legalization in its simplest form, it means turning something illegal into something legal. This is achieved by eliminating the legal prohibitions, restrictions, sanctions and other types of government coercions against something that is considered illegal. Legalizing victimless crimes such as the growing, processing, selling and consumption of cannabis by consenting adults should be no exception. However, as usual, the Devil is in the detail. As the features of the project are unveiled we see that this whole story is more about colossal regulation than legalization.

Uruguayan President Jose Mujica himself has called this “an experiment with no guarantees”. Paternalism is what seems warranted with the new regulations, because this “experiment” is not inspired by article ten of the Uruguayan constitution which states that “Private actions of persons which do not in any way affect the public order or prejudice others shall be outside the jurisdiction of the magistrates.”[1] Instead, Mujica’s dream is to replace the black market with a state monopoly that can monitor those who consume cannabis and even punish them if they do not play by the new rules. Will consumers buy from the government and let a regulatory agency know about their consumption habits in a country where both the president and the opposition leader favor compulsory “rehabilitation” for drug addicts?

Uruguayans who want to legally buy marijuana will have to choose from one of three options: purchase it from a government licensed retailer, cultivate it on their own or join a cannabis club. For all the above-mentioned options Uruguayans will have to register and comply with a large amount of regulations and restrictions. Let’s take a closer look at first option, which is the most likely to be a failure. In the U.S. state of Colorado adults are now allowed to buy without government tracking of individual purchases up to about 28 grams (one ounce) of cannabis at a time, as many times as they want, at a price determined by supply and demand. In Uruguay purchases are going to be monitored using an Orwellian database and users will be identified with fingerprint readers. They will only be allowed to buy a limited amount per month at a fixed price also determined by the government. The same government whose president declared a few weeks ago that the idea of this project is to know who smokes marijuana and treat him or her like a sick person if he or she tries to buy more than what the government considers should be enough.

The registration and government monitoring is nonetheless just one of the many problems this project has. The new legislation leaves very little room for free market mechanisms and that will have consequences. The recently created regulatory agency is now taking bids to choose a maximum of five companies that will be allowed to grow the cannabis which will be sold at the drugstores. Price is not going to be “the value judgments of the consumers”, as Mises wrote in Human Action. On the contrary, government officials promised to sell marihuana at one US dollar a gram. Nobody knows exactly why or how government officials came up with that number. Apparently they want to offer a higher quality product at a similar price than what consumers can find in the Uruguayan black market. Considering the newly created clunky regulations, how the $1 a gram price is going to be profitable remains to be answered. In fact, it has been suggested that cannabis is going to have to be subsidized in order to be sold at the price government officials are aiming to.

It is still too blurry to have an idea of how this experiment is going to end, but there are some reasons to doubt about its success: expansion of state power, price control, rationing, Orwellian registration and individual monitoring, endless regulations and now even the possibility of subsidies. If all that is not enough to refrain from celebrating, consider that next month Uruguayan general elections are going to take place and the incumbent government is likely to lose its parliamentary majorities that approved cannabis legislation, still opposed by most Uruguayans. Lacalle Pou, the main presidential opposition candidate, said a few weeks ago that this project is unrealistic and under the ten key points of his program number three is to repeal the new cannabis legislation.

It would not be a wild guess to imagine that this whole experiment is either destined to fail or at least bring all sorts of unintended consequences. If it turns out to be a fiasco, please do not use it as an example to blame individual freedom and bury any future attempt to end the war on drugs. It is actually the politicians’ addiction to regulations and their ignorance of how markets work what should be blamed.

[1] Unofficial translation of the Constitution of the Oriental Republic of Uruguay [Uruguay],  27 November 1966, available at: http://www.refworld.org/docid/3ae6b5600.html [accessed 9 September 2014]

Alfredo Pascual is a Research Assistant of the Austrian Economics Center.

This article may be reproduced. Please refer / link to the original source.

The views expressed on AustrianCenter.com are not necessarily those of the Austrian Economics Center.
hayek_admin2019-01-14T06:13:55+01:00