Capitalism Fosters Greed and Government Policy Must Temper It 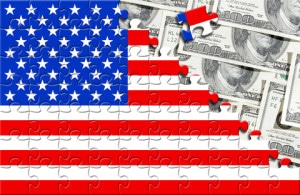 On April 19, 2014, the Colonial Bread store in my town of Newnan, Georgia, closed its doors after a decade in business. The parent company explained, “In order to focus more sharply on our core competencies, the decision was made to close some of our retail stores.” A longtime patron responded in the local newspaper this way: “It’s just sad. It’s simply greed and we’re on the receiving end. It’s frustrating to know there isn’t anything you can do about it either.”

Now there’s a rather expansive view of “greed” if there ever was one! Trying to make more efficient the business in which you’ve invested your time and money is somehow a greedy thing to do? And what is it that the disgruntled patron wishes should be done about it? Perhaps pass a law to effectively enslave the business owner and compel him to keep the store open? Who is really the greedy one here?

“Greed” is a word that flows off Progressive tongues with the ease of lard on a hot griddle. It’s a loaded, pejorative term that consigns whoever gets hit with it to the moral gutter. Whoever hurls it can posture self-righteously as somehow above it all, concerned only about others while the greedy wallow in evil selfishness. Thinking people should realize this is a sleazy tactic, not a thoughtful moral commentary.
Economist Thomas Sowell famously pointed out in Barbarians Inside the Gates and Other Controversial Essays that the “greed” accusation doesn’t meet the dictionary definition of the term any more. He wrote, “I have never understood why it is ‘greed’ to want to keep the money you have earned but not greed to want to take somebody else’s money.”

Once upon a time, and for a very long time, “greed” meant more than just the desire for something. It meant the inordinate, obsessive worship of it that often crossed the line into actions that harmed other people. Really, really wanting a million bucks was not in and of itself a bad thing if you honestly worked for it, freely traded with others for it, or took risks and actually created jobs and wealth to secure it. If you worshiped the million bucks to the point of a willingness to steal for it or hire a public official to raid the Treasury on your behalf, then you were definitely a greedy person. Shame on you. If you’re one of those many people today who are willing to stoop to stealing or politicking your way to wealth, you’ve got a lot to answer for.

“Greed” also means, to some people, an unwillingness to share what’s yours with others. I suppose a father who buys a personal yacht instead of feeding his family would qualify. But that’s because he is evading a personal responsibility. He owes it to the family he brought into being to properly care for them. Does the bakery owner who closes his store thereby violate some responsibility to forever serve a certain clientele? Was that ever part of some contract all parties agreed to?

Let’s not forget the fundamental and critical importance of healthy self-interest in human nature. We’re born with it, and thank goodness for that! I don’t lament it for a second. Taking care of yourself and those you love and have responsibility for is what makes the world work. When your self-interest motivates you to do that, it means on net balance you’re good for the world. You’re relieving its burdens, not adding to them.

A common but misleading claim is that the Great Recession of 2008 resulted from the “greed” of the financial community. But did the desire to make money suddenly appear or intensify in the years before 2008? George Mason University economist Lawrence White pointedly explained that blaming greed for recessions doesn’t get us very far. He says, “It’s like blaming gravity for an epidemic of plane crashes.” The gravity was always there. Other factors must have interceded to create a serious anomaly. In the case of the Great Recession, those factors prominently included years of cheap money and artificially low interest rates from the Federal Reserve, acts of Congress and the bureaucracy to jawbone banks into making dubious loans for home purchases, and government entities like Fannie Mae and Freddie Mac skewing the housing market—all policies that enjoyed broad support from Progressives but never from genuinely “free market” people.

The Progressive perspective on “greed” is that it’s a constant problem in the private sector but somehow recedes when government takes over. I wonder exactly when a politician’s self-interest evaporates and his altruistic compassion kicks in? Does that happen on election night, on the day he takes office, or after he’s had a chance to really get to know the folks who grease the wheels of government? When he realizes the power he has, does that make him more or less likely to want to serve himself?

The charlatan cries, “That guy over there is greedy! I will be happy to take your money to protect you from him!” Before you rush into his arms, ask some pointed questions about how the greedy suspect is doing his work and how the would-be protector proposes to do his.

The fact is, there’s nothing about government that makes it less “greedy” than the average guy or the average institution. Indeed, there’s every reason to believe that adding political power to natural self-interest is a surefire recipe for magnifying the harm that greed can do. Have you ever heard of corruption in government? Buying votes with promises of other people’s money? Feathering one’s nest by claiming “it’s for the children”? Burdening generations yet unborn with the debt to pay for today’s National Cowboy Poetry Gathering in Nevada (a favorite pork project of Senator Harry Reid)?

If you are an honest, self-interested person in a free market, you quickly realize that to satisfy the self-interest that some critics are quick to dismiss as “greed,” you can’t put a crown on your head, wrap a robe around yourself and demand that the peasants cough up their shekels. You have to produce, create, trade, invest, and employ. You have to provide goods or services that willing customers (not taxpaying captives) will choose to buy and hopefully more than just once. Your “greed” gets translated into life-enhancing things for other people. In the top-down, socialized utopia the Progressives dream of, greed doesn’t disappear at all; it just gets channeled in destructive directions. To satisfy it, you’ve got to use the political process to grab something from other people.

The “greed” charge turns out to be little more than a rhetorical device, a superficial smear intended to serve political ends. Whether or not you worship a material thing like money is largely a matter between you and your Maker, not something that can be scientifically measured and proscribed by lawmakers who are just as prone to it as you are. Don’t be a sucker for it.

The views expressed on AustrianCenter.com are not necessarily those of the Austrian Economics Center.
hayek_admin2019-01-14T06:17:44+01:00