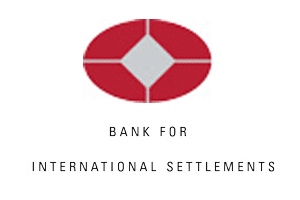 In the most recent report from the Bank for International Settlements (BIS) – the central bank of the central banks- we observed one the clearest divisions between the accommodative/coordinated policies of the most important central banks and the opinion of the BIS. The latter is warning of potential dangers in the global economy due to the over-accommodative policies, and emphasized that the central banks in their zeal to overcome the Great Recession may be ignoring the concept of financial cycles.

But first let’s review the basic concepts of business vs. financial cycles. The former is broadly defined as the ups and down of the GDP. The most important characteristics/measures of the business cycles are employment levels, inventories, profits, etc. The latter encompasses different financial measures. More specifically, the concept of a financial cycle implies a cycle where credit aggregates (as a proxy for leverage) and asset prices (or property prices as a proxy for asset-price inflation) rise rapidly. The latter then are used as an excuse for further credit increases, creating market asymmetries and dislocations.

In an effort to identify characteristics of financial cycles the literature states that they coincide with banking crises, last longer (sometimes fifteen years) than the normal length of a business cycle (which is six to eight years), are accommodated by loose monetary policies which in turn narrow the credit spreads and risk premia, and result in overinvestment in particular sectors sometimes across nations.

When performing a risk assessment trying to evaluate vulnerable countries that could create domino effects one has to look at the debt service ratio (which measures the ability to service the debt), and the total credit market debt to GDP gap (measuring the credit-to-GDP ratio against its ten-year trend). The problem with both measures is that they are very elastic to changing market conditions, especially under conditions of financial stress. Specifically, both measures of financial fragility are very sensitive to output fluctuations, interest rate movements, and fickle market liquidity which could drain overnight. For example if interest rates rise, many nations will not be able to service their debt which in turn will dry market liquidity and lead to a sudden downturn in GDP.

However, while someone may claim that the above analysis and measures could serve as a warning sign to the markets and to nations, my opinion is that they are not sufficient because we have not lived in times like these before where the balance sheets of major central banks have exploded and represent 25-40% of respective GDPs. The fact that the last two financial cycles have not resulted in significant rates of inflation may be due to the fact that globalization was running at high speed during the financial upswings. However, Chinese prices have started picking up (and most importantly Chinese wages) while the debt levels around the globe point to unsustainable debts.

Therefore, we believe that an inflection point may be approaching for inflation. The combination of Chinese wage and general price growth and the unsustainable debt levels, will become the twin engines for higher inflation at a time when unconventional monetary measures are culminated. The result may be what is thought to be “controllable inflation” and debt write-downs.

The bifurcated central bank strategy may then result in a dual biased and ugly reality where cheap money feeds credit extensions and “sustains” an unsustainable debt level, meanwhile feeding price level increases all in an effort to boost growth and reduce debt levels. The problem however, is that debt service levels with this strategy will increase, and if Murphy’s law makes an appearance then Pandora’s box may be opened that will unleash the mother of all uncertainties and affirm our claim that the major central banks are not only playing with fire but also become instrumental in advancing uncertainty.

Unless the financial bias introduced by central banks is suspended and reversed by the establishment of anchors then the financial cycle that is underway cannot result in a random stochastic process that potentially could elevate growth and employment, but rather moves in a deterministic process where price movements have a very high probability of repeating the 2008 behavior of reaching out for the abyss.

The views expressed on AustrianCenter.com are not necessarily those of the Austrian Economics Center.
hayek_admin2019-01-14T06:15:30+01:00