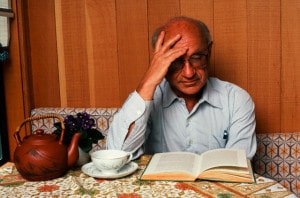 “The Social Responsibility of Business is to Increase Profits.” That was the title of an opinion piece in the New York Times in September 1970 written by Milton Friedman…and sounding like Calvin Coolidge. It was received by some with supercilious derision, as many businessmen, in politically-correct mode, viewed their responsibilities more broadly – employees, customers, the community, as well as shareholders. The Business Roundtable in 1981 echoed that conventional wisdom, when they endorsed a policy that shareholder’s returns should be balanced against other concerns.

What both groups overlooked was that attention to employees, customers and the community is meaningless unless a business is profitable. No profits mean no employees and no customers. Conventional wisdom and the Business Roundtable misunderstood Mr. Friedman’s point. The Professor was simply stating the obvious. The concept of focusing on increasing profits should be the primary goal of every business. Ignoring the needs of customers is obviously tantamount to failure, and their needs can only be satisfied with happy employees. Similarly, good relations with the community are second nature for any well-run business. Profits of course come first when discussing social responsibility.

This may seem like an odd segue into a discussion of CEO compensation, a subject I have discussed several times before, but placing the subject in context is important. While ratios between CEO compensation and average worker pay remain inordinately high – especially when severance packages are included – we should keep in mind that ratios peaked in 2000 with the dot-com bubble and have modestly declined. The sharp increase in the ratio in the 1990s followed passage by Congress in 1993 of section 162(m) of the U.S. Tax Code. That bill, you will recall, limited the deductibility of annual executive compensation to $1,000,000. As is so typical when government with good intentions, intercedes unnecessarily, the unintended consequences became antithetical to original intentions – CEO compensation exploded.

The use of options had at least three bad effects, in my opinion, besides the rise in CEO compensation. One, they gave an incentive to management to focus on the near term, at the expense of the longer term. Second, the claim was that, in granting options, directors aligned management’s interest with shareholders, which was untrue as options are exactly that – options – one gets the upside without the downside. Third, options dilute existing shareholders. One can argue that for fledgling companies, options are necessary to attract qualified employees, when cash is in short supply, but when mature companies issue them there are no excuses. The fault lay with boards of directors who are supposed to represent shareholders, not management.

Government has now returned to the scene. In September, the Securities and Exchange Commission (SEC), in a three-to-two vote, proposed a new rule to implement a mandate from the Dodd-Frank law – that U.S. corporations disclose the ratio between the pay of their CEO and that of the pay of the median worker. This is information the SEC deemed important to shareholders; though even proponents acknowledge the real purpose is to shame CEOs.

There are a number of problems with government’s solution. Different businesses operate with different margins; some, like retail and service industries, employ low cost labor and operate with low margins. Other businesses rely on highly skilled employees. There are businesses run by founders, where the CEO has a substantial stake in the company. If government begins intimidating and penalizing entrepreneurship the effect will be to keep good companies private. This is another example of government trying to push square pegs into round holes.

I agree, though, that CEO compensation is often excessive, but I worry about the consequences of government-mandated rules. First, an arbitrary ratio provided by a government bureaucrat is likely to have no relationship to a business’ margins or returns. Last April, Bloomberg completed a study of the 250 S&P 500 companies with the highest ratios, ranking them in terms of a pay ratio which they (Bloomberg) calculated based on the U.S. government’s industry-specific averages for pay and benefits of rank-and-file workers. While it was an estimate, the rankings were telling. Of the top ten companies with the highest ratios, seven were either retail or food service businesses, with average worker pay & benefits of $46,306. The bottom ten of those 250 companies included four technology and three manufacturing businesses, with an average worker pay & benefits of $56,996, or 22% higher than the companies with the highest ratios.

Second, there will be a natural tendency for companies to work around the ratios – firing low wage earners and replacing them with temporary workers whose income would not be counted, or by deferring CEO compensation until the individual left or retired. History, however, does provide examples of directors favoring CEOs while displaying contempt for shareholders, not unlike the attitude of elected officials towards taxpayers. Hank McKinnell, former CEO of Pfizer and who oversaw shareholder losses of $140 billion during his watch, was awarded $213 million when he left in 2006. Angelo Mozilo, the former CEO of Countrywide Credit, was paid $124.7 million the year before the company went bankrupt. A few rotten apples spoil a barrel.

Bloomberg estimated that the hiring of Ron Johnson’s team at JC Penny cost shareholders $170 million, while shareholders lost more than half the value of their stock during his seventeen-month tenure. However, can we feel comfortable that new rules from Washington will prevent this from happening in the future, or will lawyers find their way around such rules?

In attempting to peddle a one-size-fits-all answer for a problem that exists, but is not rampant, is that it also does not allow for exceptions. For example Louis Gerstner spent ten years as CEO of IBM, during which time he added greatly to his wealth. But he turned around a company whose stock price when he arrived was exactly where it had been twenty-five years earlier. During his ten years at the helm, the stock went from a (split-adjusted) price of about 11 to 78. Stock performance over several years is a very good measure of a CEO’s value.

In a recent Bloomberg interview, Leo Hindery, businessman and Democratic activist, suggested that Congress establish a ceiling for individual CEO compensation at a “reasonable” multiple of average employee compensation and that loopholes be closed. A definition of “reasonable” would likely consume Congress for months and require a bill measured in the thousands of pages – unreadable by all, except a few lawyers. It would not work. As for closing loopholes, I am always for simplifying and lowering tax rates. It is in the best interest of everyone, except lawyers and accountants. But I somehow suspect Mr. Hindery, now that he has his, is less interested in lower rates, than in just closing loopholes.

Unfortunately there are no easy or obvious answers; though we can take comfort that the trend seems to be down, not up. That can be attributed to a decline in the excessive use of options that characterized the 1990s. The institutionalization of the market has also played a role. Forty-six years ago when I entered the business, most shares were held by individual investors. They typically bought using the Peter Lynch principle of buy what you know. Absolute, not relative, performance was what mattered. Today, owners of capital are distanced from management by intermediaries. Many of those intermediaries – professional money managers – have a real interest in the companies they own, but others do not, so treat stocks as commodities. Stocks were held for much longer periods in those distant days. Average holding periods, according to Jeff Kleintop of LPL Financial, have gone from eight years in the 1960s to five days. The advent of High Frequency Trading and the explosion in ETFs account for much of that change, but the point being management’s relationship to the real owners of their stock is far different from what it had been several decades ago, and that is unlikely to change – unless Congress makes long term investing far more attractive – which they should.

The answer lies not in Washington, but in the restoration of a moral sense that conveys to boards of directors that their responsibility is as fiduciary to the thousands of small investors who are the real owners of the business, not to management. Washington can play a helping hand, in setting an example by taking responsibility for what happens under their watch. Society can play a hand in being more self-rel