Charismatic Chinese leader’s political reforms could simply be a purge 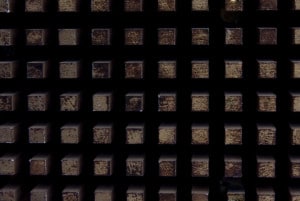 Xi Jinping’s anti-corruption drive has involved hundreds of thousands of arrests at all levels of power, civilian and military. Corrupt officials are the second biggest concern for the Chinese, after inflation, so his move appears to be partly to increase his support, particularly in view of looming economic problems. Doubts remain as to whether Mr Xi’s campaign is a genuine effort at lasting reform, or simply a purge of political rivals, writes GIS guest expert Brendan O’Reilly.

Charismatic Chinese leader’s political reforms could simply be a purge

XI JINPING, who came to power in late 2012, has proved to be the most charismatic and transformative Chinese leader since Deng Xiaoping opened up the nation to the world in the 1980s.

Intractable questions remain regarding the president’s motives and strategy. There is a significant potential for both serious political instability and meaningful evolutionary reform
The entire political system is undergoing stress from President Xi’s much-heralded anti-corruption campaign, as officials in even the highest corridors of power are arrested.

Regardless of its final outcome, the consequences of his campaign will be felt throughout China and around the world.

Shortly after his rise to the position of general secretary of the Communist Party of China (CPC), Mr Xi warned his subordinates,‘A large number of facts show that corruption could kill the Party and ruin the country if it were to become increasingly severe, and we must be vigilant.’

In an article published by the People’s Daily, he went on to exhort Party members to ‘reject unhealthy trends and evil influences’ and ‘come from the masses, go to the masses… be close to the masses, contact the masses, serve the masses’.

Mr Xi promised to be impartial in dealing with government corruption, going after both ‘tigers’ – high-ranking leaders – and ‘flies’ – low level officials and government bureaucrats.

His firm rhetoric was soon followed by tough action. So far the campaign has led to hundreds of arrests of people, including a well-known news anchor and a former high-ranking official-turned businessman.

The CPC’s anti-fraud commission says more than 182,000 party officials were investigated and punished in 2013, including eight in top positions who now face criminal prosecution.

Of all the officials swept up in the anti-corruption drive, none was more powerful than Zhou Yongkang, who once sat with Xi Jinping and his predecessor, Hu Jintao, on the nine-member Politburo standing committee, China’s highest decision-making body.

Mr Zhou was head of CNPC, China’s largest state-owned energy company, and then the minister of public security. These positions allowed him to amass immense power and wealth.

Before the government formally announced an inquiry into his affairs ‘for grave violations of discipline’, more than US$14.5 billion in assets were seized from his family and supporters. Mr Zhou is the highest official in the history of the People’s Republic to face inquiry and probable prosecution.

The anti-corruption campaign has also targeted the military. General Xu Caihou, former vice-chairman of the Central Military Commission (CMC), has been court-martialled for selling top military appointments. General Liu Yuan, who accused General Xu of corruption in 2012, is to take a seat on the CMC.

The Global Times featured an editorial by Major General Kun Lunyan warning, ‘Military corruption is at a dangerously unprecedented level… exploratory reform is needed to establish a vertical leadership’ and ‘the military anti-corruption mechanism’s move towards a more open and transparent system is an inevitable trend’.

President Xi’s drive has been accompanied by other populist policies. He has banned extravagant official banquets, developed a more assertive stance against regional rivals, waited in line to buy a simple meal at a Beijing restaurant and promoted the ‘Chinese Dream to build a moderately prosperous society and realise national rejuvenation’.

These moves seem to be, at least in part, a calculated effort to shore up popular support.

It is important to note that China is now possibly facing serious economic troubles for the first time in several decades. The rate of GDP growth has been declining and there are fears over bad loans from state-owned banks, together with a significant cooling in the once red-hot housing market.

The last time China faced severe monetary problems was in 1989, when a 26 per cent inflation rate sparked panic buying and helped add momentum to student-led protests.

There are persistent doubts as to whether Mr Xi’s much-heralded campaign is a genuine effort at lasting reform, or simply a purge of political rivals. In the absence of competing political parties, the CPC is rife with various factions built around personal influence.

Tellingly, Zhou Yongkang was a major supporter of the disgraced and jailed Bo Xilai, who fell from power after his wife, Gu Kailai, was convicted of murdering British businessman Neil Heywood, who helped the family hide assets abroad.

Before these affairs were brought to light, Mr Bo was known as the author of the ‘Chongqing Model’ which would have seen a greater state role in the economy and policies to redistribute wealth.

Many experts believe the real target of Mr Xi’s war against corruption is Jiang Zemin, who, like him, once served as both President of China and General Secretary of the Party.

Zhou Yongkang, Bo Xilai and General Xu Caihou were all protégés of Jiang Zemin. According to Professor Huang Jing of Singapore’s Lee Kuan Yew School of public policy. ‘It’s like a web of privileged interest groups, and Jiang Zemin is the spider in the middle of it.’

So far Mr Xi’s efforts in his anti-corruption campaign have been decidedly top-down. Xu Zhiyong, an activist who publicly campaigned for officials to disclose their wealth, was arrested in April 2013 for ‘gathering a crowd to disturb order in a public place’.

Many prominent lawyers who seek to promote the rule of law and human rights have been arrested. Teng Biao, a Hong Kong-based law expert, described the situation in stark terms. ‘The current suppression of rights lawyers is worse than in the 2011 “Jasmine” period (when many were held after online calls for protest). It is the most serious since 1989.”

It is impossible at this point to know Mr Xi’s true political motives. There are many conflicting signals – in 2012 the Bloomberg website was blocked after revealing the multi-million dollar fortunes of his extended family, while by 2014 it became clear he was pressuring relatives to sell off investments, thus reducing his political exposure.

Is the current campaign a simple purge, a genuine effort at reform, or some mixture of the two?

It is also difficult to ascertain whether the drive will ultimately be successful. There are therefore three general scenarios possible from the current political situation in China:

This situation assumes Mr Xi is engaging in an old-fashioned political purge, and is successful in his mission. Despite formidable obstacles, he consolidates his power, and rivals are either jailed or silenced. The Chinese political system carries on much as before under a powerful and charismatic leader.

The CPC would still face many challenges, including environmental concerns, potential economic troubles, and tensions with some neighbours, but Mr Xi would be able to deal with these from a position of overall domestic political unity. However, the lack of true structural reform to the political system could cause problems in the long run, especially once he loses power.