Cheer up. Capitalism and free trade have made the world better 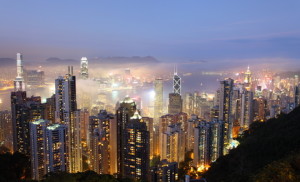 It is easy to pick up a newspaper, watch television or look on a blog and assume the end is nigh. Between foreign affairs crises, demographic time bombs, debt icebergs and having only hours left to save the NHS (more on that another time…), it would not be unreasonable for us all to assume the world has got a lot worse – that capitalism has failed, inequality has sky-rocketed, and we are living shorter, sadder and more violent lives.

Happily, this is not so. Thanks to capitalism, free trade and globalisation we live in the most prosperous, healthy, safe, equal and free period in human existence. Across the globe, as liberal economic policy and capitalism have left communism and command economies in the dustbin of history, we are seeing remarkable falls in worldwide poverty, hunger, disease, inequality and (despite current humanitarian disasters) deaths from war and natural disaster.

It is worthwhile (as Free Enterprise Award winner Matt Ridley does) looking at the reasons to be happy with our world today and to be optimistic for the future.

Over the past fifty years, and particularly the last thirty as liberal economic reforms have been enacted across the world, the fall in poverty levels has improved the lives of hundreds of millions of people. More than 500 million Chinese have been lifted from poverty since Deng Xiaoping’s enactment of the Four Modernisations starting in 1978 as the economy has surged. Today the GDP of Mozambique is 60 per cent larger than it was in 2008. India, Vietnam, Peru and Rwanda have all experienced the benefits of reforms to their economies, although some still have room for reform and growth.

Despite constant questions about its efficacy, freer trade has seen more consumers around the world afford better food (for example, the level of meat consumption in China has doubled since 1991), as well as items that would have been considered luxuries only decades ago (such as the computing power that sent a man to the moon in the palm of your hand).

In human health we have seen an almost unbelievable improvement over the past fifty years. We have eradicated smallpox, cases of polio have been cut to the low hundreds (down from 350,000 in 1988), the incidence of tuberculosis has been halved (since 1990) and cases of measles have fallen 71 per cent. Infant mortality has fallen dramatically as well. There are more than 7,200 fewer infant deaths every single day compared to 2000. That is a child’s death avoided every 12 minutes.

Reason for pessimism lies not in this incredible improvement in living standards, but in governments around the world retreating from free markets and free trade. In particular, putting up trade barriers will hurt the world’s most vulnerable – protecting comparatively wealthy westerners at the expense of poor farmers from Asia and Africa.

The world is not a perfect place. For many people, life is still ‘nasty, brutish and short’, and there is still much to do. Just because the world is better than it was 50, 100 or 1,000 years ago does not mean we have yet built a ‘city on the hill’. Government debt and the growth of the state risk undoing the gains of the market economy. Increasingly illiberal legislation affects our ability to interact with whom we choose and trade what we will. In too much of the world people are unable to take full advantage of the opportunities life offers due to their religion, gender or sexual orientation.

But in the great march of human civilisation, from slavery to freedom; from castes to social mobility; from dictators and kings to presidents and parliaments, it is sometimes worth stopping and appreciating how far we have come.

The views expressed on AustrianCenter.com are not necessarily those of the Austrian Economics Center.
hayek_admin2019-01-14T06:14:54+01:00