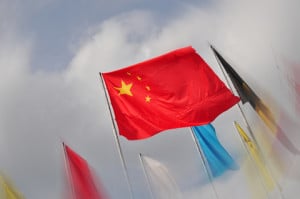 Over the past few years, Chinese experts have been raising concern about the increasing financial burden of an aging population propelled by the family planning policy, best known as the “one-child” policy. Yang Yansui, a pension expert from Tsinghua University suggests that the sleeping Dragon will become a “super ageing society” by the year 2035, meaning that the funding ratio will drop to two workers per retiree.

The proposal from Tsinghua University has been to increase retirement age for both men and women from 60 to 65. However, this will merely buy sometime and prolong the agony, but it will not solve the systemic problem. Therefore, Chinese officials have been studying another course of action based on individual capitalization.

Over the past two years, Chinese delegations have been flying over to Chile to learn about the Chilean pension model based on a fully funded archetype. Several meetings have been held with the Pension Fund Administrators to learn about the system of individual capitalization. Chilean experts have also traveled to China to introduce and explain the contours of the Chilean model.

Meanwhile, in the bizarro western world, political elites are reversing whatever funds and common sense was left in the system:

On October 21st of 2008, Argentinean president Christina Fernández de Kirchner announced the massive takeover of the accumulated funds from pension contributions, putting an end to the lifetime savings of its citizens and scaring investors away. The big tragedy is that looted citizens didn’t seem to care, which greased the wheels for other countries to join the raiders club. Soon after, Bolivia (2010) and Hungary (2011) followed suit.

These revolt-free seizures of private capital were possible due to a lack of individualization of the pensions second pillar and to the creative accounting of the political elite, who exchanged the seized funds for (unfunded) promises of payment. In other words, the new unfunded liabilities will be paid NOT by the architects of the promises, but in the long run by future administrations once the legal plunderers are long dead, as Lord Keynes once graciously asserted.

Given the unique nature of this legal robbery, i.e. the seizure was possible thanks to an un-individualized common pool resource (the SEcond Pillar) and to the ingenious maneuver to kick the issue to future generations (Somebody Else’s Problem), it would be fair to call this exclusive clan the new “Club SEP countries.”

On February 3rd of 2014, Poland became another exclusive member of the newly founded Club, which illustrates a tragic global trend that will soon include Bulgaria, Ireland, France and even Chile if Bachelet succeeds with her socialist reforms. These devious moves will eventually spill over the accumulated savings of most pension schemes around the world, proving that governments are champions in enforcing participation of their schemes, but then fail to protect the rightfully accumulated property of their people.

The growing evidence from the Club SEP countries demonstrates that the incentive behind politics to deplete the savings from its citizens is no different than the incentive to deplete a common pool resource in the private sector. However, governments have the power of coercion, which has made the overall outcome worse off. But more importantly, this goes to show that people behave symmetrically, regardless of the institution they belong to. That is the big lesson here.

When James Buchanan defined Public Choice Theory as “Politics without Romance” (Pp.45-46), he wanted to offer an easy understanding that politics, as markets, also fail. What Buchanan had in mind was to help us escape from the behavioral asymmetry fallacy. In his view, educating the population about government failure is a key element to improve government. Public Choice Theory—or the economic theory of politics—offers the insight of behavioral symmetry, that is to say people are self-interested and responsive to incentives regardless of the institutional setting under which they operate. In other words, individuals will not magically become altruists once in public office, and back to self-interested after they go home.

Public choice uses economic theory and empirical evidence to demonstrate why looking for government to fix things often leads to more harm than good. The ongoing tragedy of the pensions commons triggered by the Club SEP countries is a perfect example of the unintended consequences of political control over a common pool resource.

Unfortunately, the growing literature on pension reform ever since its inception back in 1980, as well as the media coverage and political discourse has paid almost exclusive attention to the normative aspects of pensions, i.e. redistribution, insurance, consumption smoothing and poverty relief. As such, they have meth