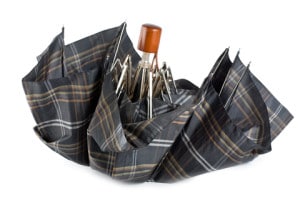 The Umbrella Revolution has shown that Hong Kong’s democracy is subject to Beijing’s ultimate power. The student-led ‘peaceful’ protests turned ugly as police cracked down on demonstrators calling for greater democracy. Beijing has become increasingly impatient. Tensions in Hong Kong have been created by divergent interests between Hong Kong’s economic tycoons advocating loose ties with the mainland and the city’s youth, fearful that economic benefits will not extend to them. But few now are optimistic about the city’s democratic prospects, writes GIS guest expert Joseph Dobbs.

BEIJING is losing patience with Hong Kong’s Umbrella Revolution which has seen tens of thousands take to the streets in ‘peaceful’ protests to call for universal suffrage and oppose China’s interference in the city’s affairs.

The protesters want the Chinese government to withdraw its proposal to vet nominees for Hong Kong’s top office of chief executive.

Demonstrators, a mix of students and a pro-democracy group, Occupy Central, have occupied key parts of Hong Kong for nearly three weeks. But on October 15, 2014, police abandoned their ‘softer approach’ and clashed with demonstrators to free streets near government offices and financial institutions.

Chinese state-run media have castigated the protesters and suggested that the Occupy movement is being engineered by the US. Beijing is due to host the annual forum of the Asia-Pacific Economic Cooperation (APEC) for 21 Pacific Rim member economies in November and this is an embarrassment on its doorstep.

Hong Kong was plunged into what is seen as its worst political crisis since the former British colony’s return to the People’s Republic of China (PRC) 17 years ago when in August 2014, China’s National People’s Congress (NPC) offered Hong Kong ‘universal suffrage with Chinese characteristics’.

But while the current unrest found its spark after the August ruling, discontent has been brewing long before the NPC’s decision – and not just in Hong Kong; Taiwanese youth too are sceptical about closer ties with the mainland.

In 1997, Hong Kong swapped one undemocratic system for another. After more than 150 years of British colonial rule, the southern Chinese city began a radical political experiment. ‘One Country, Two Systems’ promised Hong Kong it could keep its distinct system and way of life while at the same time rejoining a de facto communist China. Ensuing attempts by both the national and local governments to engender a sense of belonging to the Chinese nation have been repeatedly met with deaf ears or angry outbursts.

In 2003 the proposed Article 23 of the Basic Law, Hong Kong’s mini-constitution, which aimed to counter subversion against the central government, spurred more than half a million Hong Kongers to take to the streets. Again, in 2012, when the government tried to implement a new ‘Moral and National Curriculum’ in schools, thousands of angry parents forced a government retreat. Hong Kongers have a good record when it comes to protesting.

On September 26, 2014, a small group of students, led by 17-year-old Joshua Wong, tried to occupy the government’s offices. The teargas and pepper spray response from a usually upstanding local police force sparked fears around the world of a Tiananmen-style massacre, and brought tens of thousands of young supporters onto the streets.

The disproportionate response by the local authorities to largely peaceful protests, together with embattled Hong Kong Chief Executive C.Y. Leung’s refusal to meet with student groups, fostered much goodwill for the ‘Occupiers’ across a weary society. But after more than a week of occupations and demonstrations, and despite the wide local and global support for what was dubbed the Umbrella Revolution, the protests ran out of steam. Few now are optimistic about Hong Kong’s democratic prospects.

The purging of once powerful security chief Zhou Yongkang in a widespread anti-graft campaign has indicated to many that Xi Jinping, only 18 months into his tenure as China’s President, is already the country’s most powerful leader since Chinese communist leader Mao Zedong. Early on in Mr Xi’s presidency the world was given an indication as to how the Communist Party (CCP) would continue its political development.

What has been referred to as Document Number 9 – a communique circulated by the CCP’s General Office to members – outlined President Xi’s stark opposition to any liberalisation of China’s political structure.

Specifically targeting ‘Western Constitutional Democracy’, ‘Universal Values’ and the ‘Promotion of Civil Society’ as threats to one-party rule, Document Number 9 makes it clear that President Xi’s ideology is fundamentally against the core values of the Umbrella Revolution.

Beijing has demanded that any future Hong Kong chief executive candidate must ‘love the country and love Hong Kong’ and also not oppose the CCP’s one-party rule. This vetting of candidates, when considered as part of China’s wider political development, makes many Hong Kongers believe that the rule of law is under threat. Rule of party trumps rule of law in Mr Xi’s China.

This is not merely a belief held in the radical fringes of Hong Kong society, but also in the mainstream. In June 2014 around 1,800 lawyers marched through Hong Kong wearing black. Their message to the authorities in Beijing was that they will not compromise on Hong Kong’s rule of law and that they oppose Beijing’s increased meddling.

The 2014 protests have been characterised by the huge number of young Hong Kongers who have come out to protest. The pro-democracy movement has seen a dramatic change of guard, from a generation whose formative political years were in the twilight years of British colonial rule, to one whose political and social education has been entirely framed by ‘One Country, Two Systems’.

Take as an example Joshua Wong, the convenor of prominent student group Scholarism, whose arrest by local authorities served as a cause celebre for the protesters. Mr Wong is 17 years old; he was less than a year old when Hong Kong returned to Chinese sovereignty. Like his contemporaries, he has no first-hand memory of the fact Britain offered only limited democracy to Hong Kong in the dying years of its rule, or the incredible wealth afforded to the city by closer ties with China in the 1980s and 1990s.

Many of the protesters have grown up in a political environment where Beijing is seen as the cause of many of Hong Kong’s problems, and where mainlanders are criticised for causing a housing bubble that means many now live with their parents well into their 20s. Persistent cultural legacies from the British era such as the city’s education system, as well as Western influences stemming from the tide of globalisation, mean these youngsters see themselves as very different from their mainland counterparts and more at home in London and New York than Shanghai or Beijing.

While the pursuit of universal suffrage is the core motivation for most young protesters, socio-economic factors have also played into the dissatisfaction many feel with their government and towards closer ties with the mainland.

They see Hong Kong as a city of economic opportunity. Its rule of law affords security to investors, while loose ties with the mainland allow China’s high levels of growth to be tapped. This has been one of the foundations for those who argue for closer ties with Beijing. The response of the city’s economic tycoons to the growing unrest – to fly to Beijing and meet with the CCP leadership – underlines what the rich fear they have to lose.

It is this divergence of interests that has weakened the protest movement. In contrast to their elders, the city’s youth feel the economic benefits of closer ties with the mainland will not necessarily be extended to them, and their prospects for the future are not as strong as they once were.

The city’s Gini coefficient, the statistical measure of economic equality, is one of the most unequal in the developed world. A recent study has shown that Hong Kong is second only to London as the most expensive place to live and work.

The rising cost of living, combined with growing youth unemployment, meant that in 2012 the poverty rate for 15-24 year olds was 17.7 per cent. What is perhaps most telling with regard to the 2014 protests is that nearly 85 per cent of young people believe the situation will get worse in the next decade.