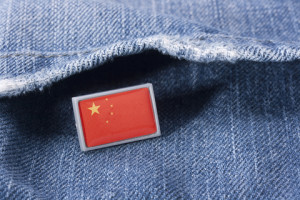 CHINA’s taxation system has developed rapidly in the past three and a half decades of transition from state-controlled to market economy, like the nation’s other economic institutions. But it remains a work in progress.

The government needs to raise more revenue to support higher social spending while simultaneously allowing more breathing room for private enterprise and consumers. The main item on its fiscal agenda is continuing reform of value-added tax (VAT), but several other changes are needed.

Taxes were unimportant during the period of centrally-planned economy from 1953 to 1978. The government owned industry and controlled collective agriculture. Factories remitted their earnings to the state, which requisitioned grain from farms.

The residue paid to workers and farmers was so small that there was no point in taxing it. Communist China had no individual income tax before 1980.

The current system was established in the next two decades. The corporatisation of state-owned industry, plus the return of family farming, removed regular sources of government income, necessitating the introduction of enterprise taxes. Increases in personal earnings made income tax feasible.

The authorities also needed to diversify their macroeconomic management tools. With financial markets not yet sophisticated enough to allow an effective monetary policy, the government remained dependent on crude central-planning implements.

Party leaders blue-pencilled infrastructure projects when hyperinflation threatened in the late 1980s. By 2008-2009, faced with a global crisis, they were able to unleash fiscal stimulus to support the bringing forward of major projects.

There was rough equality under Mao Zedong, who ruled from 1949 -1976: all were poor. Inequality has increased dramatically in recent years as the economy has grown rapidly.

Although this was foreseen, the regime now fears it may endanger ‘social stability’ ie Communist rule. Taxation can clearly play an important role in narrowing the income gap.

China’s tax system is now comparable to those in developed economies. Revenue, strictly defined, is approximately a fifth of GDP, slightly lower than in the United States and just over half the ratio in Denmark, with its developed welfare state.

Among the emerging economic nations of the BRICs group, China’s ratio is lower than Brazil’s and Russia’s, but higher than India’s. It is way above the ratios in Hong Kong, Singapore and Taiwan.

The ratio of total government revenue to GDP is lower than in the Mao period, at the end of which it stood at just under one-third. It fell during the first half of the reform period and has since risen markedly.

Tax revenues have grown as fast as, or much faster than, GDP every year since the mid-1990s. A major factor behind this surge has been high economic growth, coupled with fairly high inflation, which entails fiscal drag.

Reforms have also increased the tax take. In addition, some revenue-generating activities such as property speculation and trade, that do not necessarily boost GDP, have flourished.

A major difference between China and other economies is the composition of taxes. According to the latest available figures, in the China Statistical Yearbook 2013, individual income tax comprised only 5.8 per cent of total tax revenue in 2012.

In the same year, federal income tax in the US was 56 per cent of federal revenue. Social security payments and payroll taxes are also rather lower in China.

Corporate income tax, though, provides a larger share of revenue there – 19.5 per cent in 2012 – than elsewhere. Direct taxes as a whole contribute less than 40 per cent of revenue, compared with more than 60 per cent in countries in the Organisation for Economic Cooperation and Development (OECD).

So more than half of the nation’s tax revenue is provided by direct taxes, mainly on goods and services and on property. In 2012, VAT accounted for 26.3 per cent of total taxation, domestic consumption tax for 7.8 per cent and import tariffs 2.8 per cent. Property taxes of various kinds bring in around seven per cent of the total.

China is a unitary state, even though several of its provinces are larger than the average country. Taxation is levied by the central government, albeit through local offices, and some of it is then disbursed to local governments.

The result is that Beijing disposes of more than half of total national tax revenue. The distribution of tax revenue matters, since inter-and intra-regional inequality is a major dimension of economic inequality.

China’s current structure of taxation is regressive, imposing similar levies on taxpayers through consumption tax and VAT, regardless of ability to pay. This is not wholly accidental.

The attractiveness of direct taxes is that they are more certain. Partly because income tax is a recent innovation, the habit of paying it has not yet become ingrained among wage and salary earners, or indeed among companies.

There are extra opportunities for tax evasion for individuals with enough money to travel or move their money abroad in other ways. China, like the US but unlike Hong Kong, levies tax on worldwide income, and those liable to such taxation have developed a range of transactions to conceal or minimise overseas earnings.

When individual income tax was first introduced, it had a disproportionately heavy impact on foreign employees, such as managers of foreign-invested companies, simply because they earned so much more than locals.

At that time, even fewer Chinese earned enough to pay tax than do so now. Officials enjoyed a relatively high standard of living, but mainly through benefits of office which made up for low salaries. The differential incidence of income tax between foreigners and locals has since narrowed as wages have risen.

In the 1980s Beijing introduced fiscal incentives to attract foreign direct investment (FDI). Overseas companies enjoyed an initial tax holiday and an enterprise income tax rate about half that paid by domestic enterprises. These incentives were abolished for new entrants at the beginning of 2008.

Incentives were originally offered to compensate foreign investors for poor infrastructure and the lack of an institutional framework for investment. This rationale lost validity as China remedied these deficiencies.

By the 2000s, FDI had come to be no longer regarded as good for development, more as part of the curse of over-investment. Successful domestic enterprises complained of tax discrimination in favour of foreign investors, whom they accused also of monopolising whole sectors, crowding out domestic firms.

As well as abolishing FDI tax incentives, China has made strenuous efforts to reform its internal tax system in line with international practice.

The most prominent example is VAT. When this was introduced in 1984, it was a production-based tax, designed on the basis of central planning, and applied solely to goods and a few services. Its effect has been more like that of an indiscriminate turnover tax, with few deductions available.

In the past five years, there have been gradual moves towards transforming VAT into a consumption-type, destination-based tax applying to a wide variety of goods and services, with a greater availability of deductions and refunds for inputs.

This reform is, however, still far from complete. And there are more strategic choices to be made.

China could upgrade to a developed-country personal income tax aimed at spreading the tax burden and redistributing income. Brackets would have to be set low enough to bring in most workers – at present, most do not earn enough to pay tax.

If effective, this would be a major change: currently, in sharp contrast to most other countries, personal income tax has an almost zero redistributive effect in China.

Alternatively, Beijing might prefer to follow the Hong Kong/Singapore model, in which most people pay no income tax and those who do contribute only a small proportion, typically 15 per cent, of total income.

A similar choice is available with regard to business taxation. A Hong Kong/Singapore rate of enterprise income tax ie around 17 per cent would initially bring in less revenue, but might encourage fuller disclosure and therefore more regular payment.