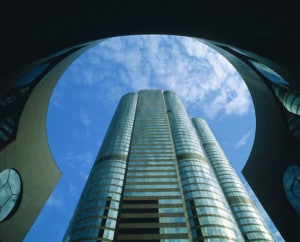 A recent article in the Economist focuses on developments regarding four very large Chinese banks, all of which are among the ten biggest banks worldwide: the Industrial and Commercial Bank of China (ICBC), the China Construction Bank, the Bank of China and the Agricultural Bank of China. Not only are these four institutions huge in a financial sense, ICBC and ABC each also have more than 400,000 employees.

According to the article, these financial institutions are so closely held by the state, that they are not even really banks in the regular sense but function much more as “arms of the treasury”. While they all have floated shares on the Hong Kong and Shanghai stock exchanges, the Chinese state has maintained majority stakes in all of them. And they are usually used for state purposes.

Also, because there is an official ceiling on deposit rates in China, these Chinese megabanks function as a source of cheap funding for state and quasi-state enterprises. They usually are protected from competition by the state, which is the reason for their magnificent success.

But given the current economic challenges, the Chinese political establishment is less and less willing to pour new money into these institutions at the cost of taxpayers. And there are surely some signs that times are going to get even tougher for the biggest of these banks. In fact, because China used its biggest banks to carry out economic stimulus in 2009, it is likely that there is a significant proportion on non-performing loans in the assets of these banks. Even though official Chinese reports put this level at just 1%, estimates by Morgan Stanley suggest that it is 10%.

Also, there are other changes that might endanger the position of the Chinese megabanks. Firstly, the state-owned enterprises (SOES) that they are all financing might increasingly lose economic relevance. Such enterprises are not really profitable, in contrast to private enterprises, and it is likely that they will decrease in number and size  in the course of further privatization in China. And then the large banks would not really be needed anymore. Already today one can observe that some of these SOES are being abandoned by Chinese officials and the big banks are being discouraged from lending to them anymore.

Another factor that might change the situation of China’s big bank  is China’s increasing shift from an investment-led to a consumption-fueled economy. As domestic consumption rises, export-industries are losing importance and large enterprises will likely have to transform or put up with reduced profits. That way, Chinese banks might be forced to lend much more to small- and medium-sized enterprises.

Also, the rise of China’s “shadow banking” sector should be considered here. Because savers make very little return on their bank deposits, many of them have turned to much riskier alternatives. Thousands of these so-called “shadow banks” have come into being over the last several years. Their existence not only makes the whole financial system much less manageable but also weakens the positions of the few megabanks much more.

Thus, the situation of the four biggest banks in China is less than rosy. Merciless competition is just around the corner and now these institutions, which have been so used to relying on the state for so long, will have to work very hard in order to function efficiently and to thrive in an increasingly competitive market.

To overcome any of these tough challenges, China’s megabanks will have to raise $50 to $100 billion over the next two years just to keep their capital ratios at today’s level, mainly because of declining net interest margins. And while some of the big banks have already started acting more globally -ICBC’s overseas assets grew by 30% last year — they will also need to increase such efforts in order to compete with the growing number of smaller banks and innovative online financial services providers.

Of course, this is all good news for the whole world. Through the process of more competition and increased globalization, and less reliance one the state, we should eventually see more transparency in China’s banking system. And if China’s big banks rise to the Occasion, they will get the chance to not only be very big banks but world class ones as well.

The views expressed on AustrianCenter.com are not necessarily those of the Austrian Economics Center.
hayek_admin2019-01-14T06:44:02+01:00