Clean Water is a Right, Whilst Streets are for Littering! 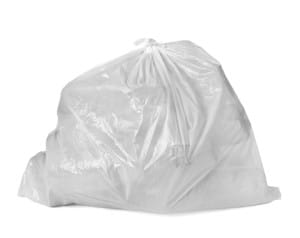 They arrived on five hundred and fifty diesel-polluting buses and carbon dioxide emitting planes. Three hundred thousand paraded in the streets of New York in a People’s Climate March that was organized by Bill McKibben, co-founder of 350.org. It was a rally against man-caused climate change, but also included those who were demonstrating against fracking. (Keep in mind, it has been lower natural gas prices, a consequence of fracking, which has allowed the U.S. to take the lead in reducing emissions.)

Among the marchers were celebrities like Leonardo DiCaprio. Mr. DiCaprio, taking time out from yachting with Arab oil sheiks, arrived on his private plane. His jet, of course, emits more tons of carbon dioxide in one trip than the average person does in two months. While carrying signs indicating their commitment to the environment (one of which read: “clean water is a right, not a luxury”), they saw nothing hypocritical in littering the street with at least one hundred tons of garbage. Like their political antecedent, Occupy Wall Street, they see no connection between creed and behavior.

Like Canute, naïfs are convinced that nature can be tamed by eating organic foods, driving a Prius, and getting electricity from wind farms, with little care or understanding of the costs. At the other end of the climate spectrum, extremists like Al Gore and Naomi Klein are simply charlatans. They publically endorse the message: “Climate change is the symptom; capitalism is the disease; socialism is the cure,” while privately using the venue to accumulate personal wealth.

In spite of the angst generated by debates over climate change, there are at least two “facts” on which all people should agree: One, we know that the earth’s climate is in constant flux; it always has been and always will be. Two, it is a given that man has had an impact, principally through greenhouse gasses that are released into the earth’s atmosphere via emissions from the conventional use of fossil fuels. The debate is about the percentage of greenhouse gasses that are in the atmosphere, which are man-caused. Steven Koonin is the director of the Center for Urban Science and Progress at New York University and former undersecretary for science in the Energy Department in President Obama’s first term. Writing in last weekend’s Wall Street Journal, he stated, “…human additions to carbon dioxide in the atmosphere by the middle of the 21st century are expected to directly shift the atmosphere’s natural greenhouse effect by only 1% to 2%.” The climate is changing, but man is not the main cause.

The debate over man’s contribution to climate change is compounded because there is a large difference in carbon emissions per unit of GDP between rich nations and those that are in the process of becoming rich. While levels of man-caused carbon dioxide have increased, globally, the levels of carbon dioxide per unit of GDP declined 29% between 1990 and 2012. In the U.S., the decline has been roughly sixty percent. Since 2003, according to the latest BP Statistical Review of World Energy, the U.S., with no federal mandates for renewables, has cut carbon dioxide emissions by over 400 million tons, despite the U.S. economy expanding by 45 percent. The reduction is six times what has happened in German, with an economy one fifth of ours, but which is the poster child for how things environmentally are supposed to be done. (Germany’s economy during the same ten years expanded by 33 percent, making the comparison with America even more impressive.)

The earth is complex and ever-changing. When we divert water to save California’s Delta Smelt, we put at risk other species, including humans. Scientists estimate that about 15,000 species are discovered every year and something like 10,000 to 25,000 die out each year. No one knows the actual number of species who make earth home. About 1,500,000 have been catalogued, but it is estimated that there may be more than eight million.

In Tuesday’s Science section of the New York Times was a fascinating article by James Gorman, “Nature in the Balance.” Mr. Gorman wrote of scientists concerned that melting ice in the Arctic, along with a decline in the seal population, was putting the fate of the Polar Bear at risk. (Incidentally, while Arctic ice has been decreasing, ice in the Antarctic has been increasing.) Surprising everyone, the numbers of Snow Geese, which hitherto had been in decline, began expanding, coming to the Polar Bear’s rescue in providing a new source of food. The ability to adapt is critical to the survivorship of species, and when, with good intentions, we mess with these natural trends, we upset a rebalancing that occurs naturally. For example, it should not now become man’s responsibility to save the Snow Goose from being dinner to Polar Bears.

We have come a long way over the past half century. Seventy years ago, at a time when no one marched for climate change, the air in New York City was heavy with soot from apartment buildings heated by coal. The Third Avenue El emitted black smoke as it made its way up what is today a beautiful avenue. Long Island Sound was filthy and the rivers and marshes on much of the East Coast were polluted. The change is largely a consequence of a society that has become wealthier. Economic growth, along with sensible regulation, should be the principal concern of those who want to preserve and enhance the environment.

Our fundamental rights, enumerated in the First Amendment of the Constitution, say nothing about clean water, as marchers last Sunday implied. As the marchers made it discouragingly clear, neither are clean streets a “right.” Clean water, however, is a necessity to live healthy lives, and environmentalists would better spend their time in helping nations in Africa in purifying water. Clean streets are an outgrowth of wealth. The fact that marchers indiscriminately tossed Styrofoam cups and uneaten bagels onto sidewalks and streets is a manifestation of a society that exhibits a careless indifference and disrespect for the property of others.

None of what I wrote is meant to imply that we should wantonly exploit our habitat; we should not. We should be conscious of all of nature that surrounds us; we should limit our impact to the best of our ability. It has been the increased use of natural gas that has reduced our emissions. Fracking should be encouraged, not disparaged, as many of the marchers advocated. And we should not tell the Chinese to limit or slow their economic growth because of a false belief that man is responsible for the majority of greenhouse gasses that reside in the atmosphere. Nor should we deny higher standards of living for those living in other parts of the developing world. We must combine wisdom with common sense.

The views expressed on AustrianCenter.com are not necessarily those of the Austrian Economics Center.
hayek_admin2019-01-14T06:13:16+01:00