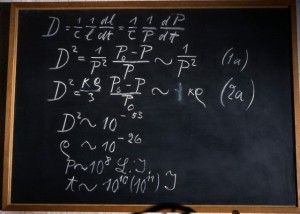 Thomas Jefferson believed that education was fundamental to freedom – that only a people imbued with knowledge could achieve and hold onto a republic. George Washington Carver said: “Education is the key to unlock the golden door of freedom.” Schooling should start with the young. Nelson Mandela once said, “Education is the most powerful weapon which you can use to change the world.” In 1779, my four-great grandfather Noah Webster, in an essay on elementary education wrote, “The only practicable method to reform mankind is to begin with children.”

Nevertheless, until the mid 19th Century, education remained the provenance of the wealthy. In 1852, Massachusetts, with the prompting of men like Horace Mann, passed the first compulsory school laws. New York did so the following year. School reformers were of the opinion that education would create good citizens, unite society and help deter crime and poverty, concepts that are as true today as they were 150 years ago.

Fast forward to today. High school drop-out rates may have declined from almost 30% in 1990 to about 12% today, but the reason has to do with grade inflation. Knowledge, if anything, has declined. Teachers and administrators are more motivated to achieve high graduation rates than to actually teach students. In New York, Regents Exams are either being dropped or shortened. The stated excuse has been budget woes, but the failure of students to pass the exams has been also responsible in studies like geography and world history.

Too many of our schools are failing the students they are supposed to help. The results of the 2012 PISA (Program for International Student Assessment) are in and the results were not pretty. They show, in the words of U.S. Educational Secretary Arne Duncan, a “picture of educational stagnation.” When compared to the 34 members of the OECD (Organization for Economic Cooperation and Development), the results are even more dismal. Of those 34 countries, the United States ranked 26th in math, 21st in science and 17th in reading. While the math scores remained unchanged from 2009, the U.S. slipped in both science and reading.

The system needs improving. Besides the failure of our schools to compete effectively with other nations, there is a growing need at home for graduates who can better communicate and a need by  employers for skilled workers. Common Core State Standards Initiative has been one response. The initiative was sponsored by the National Governors Association and the Council of Chief State School Officers and has been supported by the Obama Administration and Education Secretary Arne Duncan. The plan details what K-12 students should know in English and math at the end of each grade.

Raising standards and establishing conformity sounds appealing, but is fraught with the potential for unintended consequences. Does “conformity” mean changing the ways in which superior schools have succeeded? Does it mean reducing their standards? Will one consequence be a lowering of the common denominator to allow more schools to meet predetermined standards? Will schools graduate fewer exceptional students? There are some great public school programs in the country: Darien in Connecticut and Milburn in New Jersey are just two examples. While it would not be possible to replicate Darien High   School in East Harlem, New York, might it be possible to borrow certain ideas from successful schools? Regarding the PISA results, Wendy Kopp, founder of Teach for America and Teach for All, wrote in last Wednesday’s Wall Street Journal: “Americans should ask how we can emulate other countries’ success rather than envy it.”

The Common Core State Standards Initiative details what K–12 students should know in English and Math at the end of each grade. They were announced on June 1, 2009, with the idea that they would be required in 2014. The standards are copyrighted by the National Governors Association for Best Practices and the Council of Chief State School Officers to ensure the standards will be the same throughout the nation. All but four states – Alaska, Nebraska, Texas and Virginia – quickly signed on to what was an untested program. One reason they did so is that President Obama had required adoption of the common core if they want to receive billions in federal grants and waivers from the 2002 No Child Left Behind Law. Another more sinister reason for the fast adoption of the standards is that Common Core was approved in states like Indiana by the Board of Education, without consulting the legislature. Indiana is now reconsidering its position.

A few weeks ago, Frank Bruni wrote a column in the New York Times in support of the Common Core curriculum. It was entitled, “Are Kids Too Coddled?” While I agree that many parents over-protect their children, are not teachers and school administrators being coddled by the unions which defend and represent them? Mr. Bruni quotes Marc Tucker, president of the National Center on Education and the Economy, and a supporter of standardized testing: “Our students have an inflated sense of their academic prowess. They don’t expect to spend much time studying, but they confidently expect good grades and marketable degrees.” Grade inflation would be outed by standardized tests, but that alone does not address critics’ real concerns, which is that too many schools have failed their students and they question if Common Core is the answer.

Common Core is the state’s response to a problem we all know exists – an undereducated youth, who finds herself incapable of competing in today’s global marketplace. But is Common Core the answer? There is a lot of blame to go around. In my opinion, it starts with the teacher’s unions. Underperforming and simply bad teachers are allowed to stay on when they should be fired. In the interest of gaining members, unions have applauded the increase in administrators – moneys spent on support instead of on teachers. Technology has brought efficiency to most all other sectors of the economy, relieving the need for support staff. Yet schools have gone in the other direction. Lindsay Burke of the Heritage Foundation found that between 1992 and 2009, the number of students in American public schools increased by 17%, the number of teachers grew 32% and the numbers of non-teaching personnel went up by 46%. Compared to other nations, U.S. public schools devote higher fractions of their budgets to non-teaching personnel – and lower fractions to teachers. Despite those increases in personnel, Ms. Burke notes that student achievement has been “roughly flat or modestly in decline.” In my opinion, students are being sacrificed on the altar of the teacher’s unions.

There are of course other problems. Fear of lawsuits and repercussions have prevented schools from appropriately disciplining badly behaving students. Bullying, for example, has always existed, but has recently gotten out of hand.

We are a nation of 330 million people, with about 50 million students in 98,800 elementary and secondary schools. They come from myriad social and economic backgrounds with varying ranges in native intelligence, diligence and aspiration. To assume that all students can be tested according to some common standard means that for some the bar will be set too high, but for others too low. Some children work independently, others require hands-on help. In the end, education is an individual experience conducted in a public arena. The purpose of an education is to produce inquisitive, productive and independent young men and women.

The claim is that Common Core State Standards are designed to ensure “real understanding.” The focus is supposed to be on “mastering” the material, instead of memorizing. To achieve that, courses will cover fewer topics, and will focus on “what students will use in life.” This syllabus, if you will, is troubling. What is meant by “real understanding?” What is wrong with memorizing? When my grandmother was dying of cancer in 1961, she was no longer able to read, but her mind was still sharp. She took great pleasure in repeating the poetry she had learned as a child. There is much more to education than memorization, but memorizing is work and helps train the brain. To teach the “Gettysburg Address” without putting it in to the context of when and where it was delivered, as Common Core demands, is to deprive the student of Lincoln’s real message. The assumption that some bureaucrat knows today “what we will use in life” tomorrow presumes