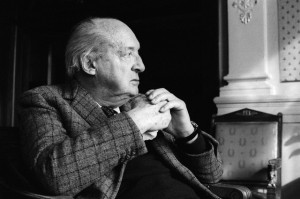 Complacency is a state of mind. When complacent, we accept things as they are; we ask fewer questions, lulled into a comfortable cocoon of self-satisfaction. It is defined in Webster’s:

“A sense of being satisfied with how things are and not wanting to make them better.” Vladimir Nabokov, author of Lolita, once wrote: “Complacency is a state of mind that exists only in retrospective: it has to be shattered before being ascertained.”

Given the vitriol in Washington, there is certainly no political complacency, and it would seem the same is true for an economy that is limping along at a substandard rate. A dynamic society is in constant motion, with no time for complacency. Immigration, education, income and wealth gaps, climate change and tensions in the Middle East and Korea infuse us and divide us. They certainly do not allow the luxury of smugly sitting back. But can we say the same about financial markets?

I agree with Mr. Nabokov that the future can never be seen. We can only make guesses about the behavior of people, how they will react to myriad stimuli. And for that we have only the past as a guide. The market reflects earnings and estimates, but more than anything it is representative of people’s behavior at present. However, things change. For example, will the political impasse over the budget and the debt ceiling finally get the attention of investors?

At the end of December 2008, the spread between High-Yield bonds and Investment Grade bonds, as measured by the FINRA-Bloomberg Index, was 1108 basis points, suggesting investors were nervous about speculating in lower quality instruments – sellers were more aggressive than buyers. A year and a half earlier that same spread had been 229 basis points, distinctly suggesting a sense of relative complacency, at least on the part of those who trade or invest in high yield securities. In between, the stock market went to new highs (October 2007), but more importantly the market went through the worst credit crisis since the 1930s. Today that spread is back to 239 basis points.

The TED spread, the difference between Three-month LIBOR and Three-month Treasuries, reached 465 basis points in early October 2008 at the height of the crisis. In June 2007, the spread had been 69 basis points. T-Bills reflect the rate at which the U.S. government is able to borrow funds and LIBOR is the rate at which banks lend to one another. If we assume that the U.S. Treasury Bill is riskless, the spread measures the risk that banks pose for one another. By the end of December 2008, the spread had declined to 131 basis points. As of the end of this past quarter, the spread was 24 basis points. It has not been above 26 basis points in a year. Today’s spread tells us banks are (properly?) more complacent than at any point in the past six or seven years.

Complacency in equity markets is more nuanced. It is complex. There are approximately 3700 public companies in the United   States, each different. Thousands of investors make millions of decisions every day. We can look at the VIX as a means of measuring volatility and, secondly, the days during which the market moves up or down more than 1.5 percent. The VIX measures the implied volatility of S&P 500 index options. Frequent and dramatic intra-day moves reflect significant changes in perceptions of markets on a daily basis. During the halcyon days in 2005 and 2006, when no hint of the credit and mortgage crisis blemished our horizon, the VIX generally traded within a range of 11.0 to 14.0. By the end of December 2007 the VIX had reached 22.5. During the height of the crisis in September-October it traded to 89.53 and ended the year at 40. It has subsequently declined and for the last couple of years has traded most often between 12 and 18. At quarter end, the VIX was 16.56.

Similarly, we can see changes in the number of days during which the market moves up or down more than 1.5 percent. In 2006 there were nine such days. During 2007, as the first hints of trouble began to percolate, that number reached 27, with 25 of those days in the last six months of the year. In 2008, there were 100 days when the market traded up or down more than 1.5 percent. Fifty-five of those days occurred in the last four months of that year. Through the first nine months of 2013, there have been only four such days – the lowest level in at least seven years. There have been no such days since June 20th when the DJIA fell 2.3% to 14758.32, about 2.5% below where they closed yesterday.

None of this, by itself, has any predictive value. It simply connotes what commonsense tells us, that stocks and bonds are riskier than they had been, and that banks have less concerns about lending to one another than they did a few years ago. Cycles are natural to our economy and markets; definitionally they indicate change. Considering complacency is one way of measuring behavior.

Stocks have plenty to be thankful for in recent years. Five years ago there was a legitimate question as to whether our financial system would survive. Our economy may not have thrived, but it has survived. With dividends fully invested, the S&P 500 is up about 20% year to date. It is up 150% since the market bottomed in March 2009. On the other hand, if we go back fifteen years, the S&P 500 has compounded (price only) at 3.4%, almost 300 basis points below very long term rates of return. In a sense, we are still paying the price for the “irrational exuberance” of the late 1990s.

Disconnects exist between a dysfunctional government, an anemic economy and markets that seem – perhaps not smug, but satisfied. Some of the success of stocks – perhaps a lot – is owed to the Federal Reserve, which has kept the cost of money exceptionally low. Ironically, low interest rates have done little for job growth and the middle class, but have done a lot for investors and the wealthy. Nevertheless, the interest rate game is one that must end at some point. Markets weakened when the specter of tapering was floated, seemingly scaring Mr. Bernanke into assuring markets that easy credit would persist. Markets recovered their footing, though are still below where they were and have been, in fact, flat over the past five months.

In the middle of December of 2006, I wrote: “Complacency has descended over the financial markets like a soft December snow.” At the time, commentators were speaking of a “Goldilocks” economy, growing neither too slowly nor too quickly. Inflation was contained. Any downturn in the economy was expected to be “soft.” Expectations were that 2007 would be another up year, “a rare occurrence,” as I noted. The collapse came the following year.

Every market is different, as is every time. Complacency in markets, especially in Treasuries, does not extend to the economy or to Washington. Nevertheless, whenever we have experienced years as good as these have been, in my opinion, some caution is advised.

The views expressed on AustrianCenter.com are not necessarily those of the Austrian Economics Center.
hayek_admin2019-01-14T06:42:53+01:00