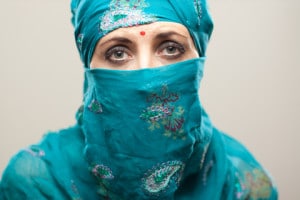 What do Benghazi, the IRS scandal, climate change, the Administration’s neglect toward increasing Islamic terrorism and proliferation of Sharia law (until the kidnapping of the Nigerian school girls), Senator’s Harry Reid’s perpetual haranguing of the Koch brothers and Monica Lewinski all have in common? They all reflect a decline in civility and a rise in moral turpitude, especially on the part of Democrats in Washington. They represent a theme that runs rampant through the Left’s behavior.

Republicans are not immune to such uncivil behavior, but they are not as patronizing as are Democrats whose antipathy toward their opponents (and, frankly, often open contempt for their constituents) divides the electorate, especially between the haves and have-nots, but also on the basis of race, creed, gender, sexual orientation and age. Republicans are characterized as parochial, intolerant, insensitive, greedy, old, war-mongering, white, rich, male, big-business types, while Democrats see themselves as young, hip, open, charitable, peace-loving, multicultural, working people who alone are sensitive to the needs of children, single women, gays, the poor and the sick.

While it is true that Republicans have been negligent in defining who they are to minorities and the young, the depiction is a crock. There are currently five female governors in the United States, four are Republicans, only one is a Democrat. In 2012, Mr. Obama won eight of the nation’s wealthiest counties, Mitt Romney, just two. Studies show that conservatives consistently give more to charity than do liberals. In the past 100 years, the United States went to war four times – World War I, World War II, Korea and Vietnam – under Democrat presidents, and three times – Grenada, the First Iraq War, and the War on Terror – under Republicans. While Wall Street gave more cash to Republicans in 2012, in 2008 they gave more money to Democrats. Of the seven largest CEO political contributors in 2012, four gave to Republicans and three to Democrats. Both income gaps and wealth gaps have widened under President Obama, while unemployment among the young and African Americans has been the slowest to recover. Teen-age unemployment is at record levels. Since 2000 two million young people have dropped out of the labor force. Some of those did so because they went to college. But that has been a mixed blessing, as student loans have increased from approximately $700 billion to $1 trillion, since 2008, and jobs are scarce. Once interest rates revert to more normal levels, which they will, the pressure on the young will only intensify.

The Parties differ in that Republicans expect their constituents to be responsible, knowledgeable and independent, capable of discerning right from wrong. They feel people should be largely dependent on themselves. They believe that equality of opportunity is a birthright, but that outcomes are a consequence of aspiration, abilities, education and effort and will vary. Republicans put more faith in faith. Republicans seek a smaller government, in which workers can keep more of what they earn. Democrats want a larger, more intrusive government, one that asks not what you can do for the government, but what government can do for you. They believe that you “didn’t build this” and that it “takes a village,” not a family to raise a child. Very little press coverage was given when Black Democrat South Carolina Representative James Clyburn snidely said of Black South Carolina Republican Senator Tim Scott, that he “does not vote the color of his skin.” Imagine the reaction had roles been reversed? But his comments were symptomatic of Leftist thinking – that people should vote in blocs, not according to individual preferences.

While there are many reasons to be upset as to what happened in Benghazi, as much as anything the lies told about causes of the attack reflect a decline in ethical standards. They have been made worse by mainstream media which, because of political favoritism, has been complicit in the cover-up. As Peggy Noonan wrote on Saturday, any proof of a Democrat cover-up “will have the appearance of indicting the media, too.”

The IRS scandal is a blatant example of the Party in power attempting to muzzle the other by using the most powerful agency in Washington, the IRS. We have not only failed our children when it comes to math, science and reading scores, we have failed them in terms of teaching moral and ethical standards, standards that are based on our Judeo-Christian heritage and which have guided us since our nation first saw light.

Without warning or explanation, global warming became climate change. The reason, of course, had to do with the fact that the earth’s temperature has remained roughly constant for the last two decades. So, instead of melting ice fields and rising temperatures, storms are now blamed on man. Ignoring historical changes in weather patterns over centuries and millennia, the Left demonizes man’s advancements in energy technology. Cronyism associated with fossil fuels has given way to a new cronyism associated with solar and wind companies. I do not doubt that man has had an impact. But how much of the change is due to man and how much due to nature remains unknown. There is also the question as to whether substituting fields of solar panels and oceans of windfarms will be less harmful to the environment than oil and gas. There is no doubt that fossil fuels are limited and that we must look for other sources, as we consider the half century and more ahead, but flogging disaster does little to further the search for alternatives and does nothing in terms of seeking a common ground.

Radical Islamic terrorism has been a fact of life for about three decades, but came into sharp focus after 9/11. Using such euphemisms as overseas contingency operations, countering violent extremism and workplace violence has done little to address the heinousness of Islamic extremists who mutilate women and behead enemy captives. Twitter hashtag “Bring Back Our Girls” is a welcome response to Boko Haram’s abduction of up to 276 Nigerian school girls from liberals who have trouble using the word “Muslim” when it came to Islamic extremists. For example, not a peep was heard from the masters of the Leftist universe when Ayaan Hirsi Ali was denied the right to speak at Brandeis, despite her having been a victim of Muslim mutilation.

It was good to hear Hollywood finally recognized the brutality endemic to Sharia law, with its degradation toward women, gays and minorities, in boycotting the Sultan of Brunei’s Beverly Hills Hotel. But where have they been in regard to other nations that operate under Sharia law, including nations like Egypt, Dubai and Saudi Arabia? Beheadings and amputations are still legal in Saudi Arabia. There are at least seven nations where one can be executed for blasphemy or apostasy. England has begun to incorporate Sharia law into their legal system, denying the rights of British women and adopted children of the Muslim faith in terms of legal niceties like inheritance. In the U.S., Dearborn, Michigan has adopted portions of Sharia law, and Florida Democrats are attempting to do something similar in terms of cases regarding Muslim families. Where is the outrage? We are supposedly a nation of laws that are predicated on our Constitution. Are we so fearful of jihadists that we are willing to incorporate their laws into our system of justice, laws that go against our traditions of freedom and equality, laws that violate the fundamental rights of women and gays?

Civilized societies rely on moral absolutes. They are essential to our system of government; among those is the equal treatment of people without regard to race, color, gender, sexual orientation or creed. When public officials attempt to incorporate laws that are antithetical to the basic rights of a free people they are denying those people those rights. Moral relativism is not m
oral, and it should not be the basis for law among a free people. Is a citizen living in Dearborn who happens to be a Muslim woman any less of an American than you or me?

Senator Harry Reid’s despicable treatment of the Koch brothers is an insult to the office to which he was elected and a reason why the only answer to such megalomania is term limits. The right to free speech is inherent to our system. His reference to them as being un-American is about as un-American as it gets in Washington, especially when he and his family have become rich while serving the “public interest” in Washington.

Monica Lewinsky may well be the “narcissistic loony toon” described by Hilary Clinton, but that is beside the point. What happened in those rooms off the oval office in 1995 will forever define Ms. Lewinsky, while President Clinton has moved on, energized by an adoring press that chooses to overlook the fact that he has the morals of a billy goat. Looking back, the Lewinsky scandal resembles an enduring, sordid soap opera best fitted for publications like “People Magazine” or “Page Six” of the New York Post. Its importance, however, lies in the eternal truism that character matters – not Ms. Lewinsky’s character, but that of her boss. President Bill Clinton, the most powerful man in the world, took advantage of a star-struck intern. Monica was never the story. Bill Clinton was. And the story was one of immorality, which has been forgotten in the mists of time and with media ignoramuses who insist on reporting her behavior, not his.

Alexis de Tocqueville, in Democracy in America, wrote, “Society is endangered not by the profligacy of the few, but by the laxity of morals amongst all.” In my opinion, it is that “laxity of morals” that is the link these episodes all have in common – a manifestation that we have lost our moral compass. We have a media less concerned with uncovering the truth than with riding shotgun beside those who espouse their beliefs. We have politicians whose years in Washington have caused their moral sense to dissipate in a miasma of personal greed, an environment which makes it easier for lobbyists to buy them off and for them to become rich off of public service. We should not forget that civilized societies require civility, and an understanding of the difference between right and wrong. Those are the dots that connect