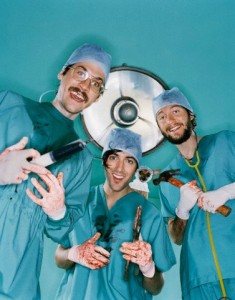 “Irresponsible men are now able to be even more irresponsible,” so said a young female friend after hearing that the Obama Administration had decided last week to press ahead with a rule requiring most employers to provide free insurance coverage of contraceptives for women. While many women support free contraceptives, my friend’s insight appears more prescient, despite Sandra Fluke’s notoriety. However, to me it seemed the commonplace crowded out the consequential.

There is much that is right about our healthcare system. People from all over the world come to America for the best care available. But there is almost much that is wrong. An estimated 45 million have no coverage. Most cannot afford it, but there are those, particularly the young and healthy, who choose not to pay for the premiums. And, there are those who do not buy insurance because they realize emergency rooms will rarely turn away a person in need. Overall, costs are out of line with outcomes. Costs for specific procedures vary depending upon where one lives. A June 2012 study by the Peter G. Peterson Foundation found that Americans spend more than twice as much per capita on healthcare as the average developed country. The tort system is manna for trial lawyers. Tort reform should prevent unlimited liability awards that raise costs for everyone, while causing sections of the country to be without an adequate number of doctors.

Since the end of World War II, healthcare has been seen as an entitlement. Immediately following the War, with wage and price controls in place, companies differentiated themselves by offering benefits, the most important of which was healthcare. However, in doing so an unintended consequence was unleashed. Dependency replaced personal responsibility, as individuals were provided the insurance to pay for doctors and hospital visits. Free markets fell victim to institutional bureaucracies. Worse, individuals are discouraged from purchasing personal health insurance policies, as they must be paid for with after-tax dollars, unlike employer-based health insurance, in which the premiums are tax deductible.

The simplest way to reform the healthcare system is to introduce the concept of free markets, at least to the extent possible, but consistent with the theme, “patient power.” There is no question that we all need insurance for catastrophic events – a devastating disease or a horrible accident. But when we provide insurance for low-cost, more commonplace services we unnecessarily distort markets, and raise the insurance costs for all. Having written that, I recognize that contraception is not inconsequential and that birth control is necessary. But the costs of birth control are not onerous for most. Planned Parenthood puts the costs of birth control pills at $15 to $50 a month.

There remains little doubt in my mind that Obamacare is a red herring to eventually nationalize the healthcare system. It is part of a deliberate plan to increase dependency on government, which definitionally means decreasing personal responsibility. “The Life of Julia” remains a vision of the future Mr. Obama prefers. Every voter should “Google” the title to see Mr. Obama’s vision of the future. It is Orwellian. By offering services such as free contraceptives that appeal to young women, Democrats assure their support. It is a divide to conquer strategy that has worked well for them politically, but doesn’t serve the state well, and certainly does little to foster responsibility and self-reliance. Knowing that much of Obamacare remains unpopular, last week the Administration delayed until after the midterm elections the implementation of a provision in Obamacare that requires employers with over 50 employees to provide coverage or pay a penalty. It is important to note, as Avik Roy (who once worked for our firm) wrote in Forbes last week, that “the administration is not delaying the individual mandate, which requires most Americans to buy health insurance or face a fine.” Delaying the employer mandate could ultimately lead, as Mr. Roy suggests, “to its repeal, which would do much to transition our insurance market from an employer-sponsored one to an individually-purchased one.” That would be a positive, unintended consequence of Obamacare.

The Declaration of Independence acknowledged that the people are endowed by “their Creator with certain unalienable rights, that among those are Life, Liberty and the Pursuit of Happiness.” It says nothing about material goods. Once we began guaranteeing goods and services, we entered a slope so slippery and steep that it knows no end. Niall Ferguson, in The Great Degeneration, writes about the rise and fall of social capital. He writes of how we once joined societies like the Rotary and Lions that brought together Americans of different income groups and classes. All of these social organizations are in decline. Over the past forty years, membership in chapter-based associations is down 50%. Charles Murray, in his 2012 book Coming Apart, makes the point that the decline in both secular and religious groups is a key driver in today’s social immobility and widening income inequality. The question becomes: Why do for others what government already does? But, when we don’t, we distance ourselves from our communities. In my own Connecticut village a few of us have begun a group to help the needy and dispossessed, not by directly funding their needs, but by helping them navigate the maze that is government, while learning to help themselves. It is independence we must encourage, not dependency. It is teaching people to fish, rather than giving them a fish.

The decline in social mobility is more insidious than the widening gap in income and wealth. Americans were always willing to live with a gap in wealth, because of a mobility that allowed them to move up and down the ladder of success. That has changed. In the June 26 issue of Newsweek, Niall Ferguson writes of the decline in social mobility in America, “The end of the American Dream?” Not only do we have a wide income gap, but social mobility appears to be less in the United States than in countries like Britain and Finland. He quotes Winston Churchill’s famous line about the Left favoring the line, while the Right opts for the ladder – lining up for benefits, or climbing a ladder to better one’s self. Ferguson writes: “Republicans need to start reminding people that conservativism is about more than cutting benefits. It’s supposed to be about getting people to climb the ladder of opportunity.” That means helping people truly in need, but with the focus of getting them back on their feet. It also means better schools that are focused on students rather than bowing to the demands of teacher’s unions. It means a return to the basics (history, science, literature and math), versus courses that specialize in narrowly-focused subjects like “women’s studies.” Over the past fifty years, per-pupil expenditures in public high schools have tripled, yet students are failing when compared to others in the OECD. According to the Council on Foreign Relations, three quarters of U.S. citizens are not qualified to join the military because they are physically unfit, have criminal records or have inadequate levels of education.

Friedrich Hayek in 1960 warned of some of the consequences of the welfare state, including the generational conflict we are now seeing manifested in the Affordable Care Act – the young and healthy being told to buy health insurance, or pay a penalty, so that even a reduced level of care is affordable to the elderly. And Obamacare can only survive with cuts to Medicare, The Independent Payment Advisory Board (IPAB), an authority adopted by Obamacare, has the ability to make further cuts to Medicare without Congressional approval. And, we should not forget that Congress voted to exempt themselves from the restrictions of Obamacare. Unfunded liabilities based on government promises are a dire concern. Obamacare will add to them. They threaten not only the federal government, but states and municipalities as well.

Earlier I wrote that, in my opinion, the actual intent of the Obama Administration is to ultimately have a single-payer (nationalized) system. The reason I believe that is because government is putting unrealistic demands on the insurance industry. Insurance companies employ actuaries to estimate future expenses. Insurance is a risk-based business, with customers and the company on the opposite side of the financial transaction. When we buy auto insurance it is not because we hope or expect to have an accident; it is to protect our finances against the unexpected. If we are fortunate and accident free, the insurance company wins. We, on the other hand, are out the costs of our policy; but we are also injury-free. The same is true in any form of insurance, including health. To survive, insurance companies must accurately predict their future liabilities. If they fail to do so, they will go out of business. If a health insurance company cannot predict possible outcomes because of incomplete data, how does it price his product?