Ronald Reagan once said, “Freedom is a fragile thing and is never more than one generation away from extinction. It is not ours by inheritance; it must be fought for and defended constantly by each generation, for it comes only once to a people. Those who have known freedom and lost it, have never known it again.” Those words encapsulate the role of the Adam Smith Institute: it exists to fight for freedom, to defend it where necessary, and to extend it where possible. It is a task the Adam Smith Institute takes very seriously. The Adam Smith Institute is an independent libertarian, free market think tank that engineers policies to create a freer, more prosperous world.

The flagship project of Americans for Tax Reform is the Taxpayer Protection Pledge, a written promise by legislators and candidates for office that commits them to oppose any effort to increase income taxes on individuals and businesses. Since ATR first sponsored the Pledge in 1986, hundreds of U.S. Representatives, more than fifty U.S. Senators and every successful Republican Presidential candidate have all signed the Pledge. In the 113th Congress, 219 U.S. Representatives and 41 U.S. Senators have taken the Pledge never to raise income taxes.

Atlas Network’s vision is of a free, prosperous and peaceful world where limited governments defend the rule of law, private property and free markets.
Atlas Network’s mission is to strengthen the worldwide freedom movement by cultivating a highly effective and expansive network that inspires and incentivizes all committed individuals and organizations to achieve lasting impact.

The Cato Institute is a public policy research organization — a think tank – dedicated to the principles of individual liberty, limited government, free markets and peace. Its scholars and analysts conduct independent, nonpartisan research on a wide range of policy issues.
Founded in 1977, Cato owes its name to Cato’s Letters, a series of essays published in 18th- century England that presented a vision of society free from excessive government power. Those essays inspired the architects of the American Revolution. Social and economic freedom is not just the best policy for a free people, it is the indispensable framework for the future.

The Competitive Enterprise Institute is a non-profit public policy organization dedicated to advancing the principles of limited government, free enterprise, and individual liberty. Our mission is to promote both freedom and fairness by making good policy good politics. We make the uncompromising case for economic freedom because we believe it is essential for entrepreneurship, innovation, and prosperity to flourish.

The Foundation for Economic Education (FEE), one of the oldest free-market organizations in the United States, was founded in 1946 by Leonard E. Read to study and advance the freedom philosophy. During its long and illustrious history, FEE has published or hosted lectures by some of the finest minds of the modern age, including Ludwig von Mises, F.A. Hayek, Henry Hazlitt, Milton Friedman, James Buchanan, Vernon Smith, Israel Kirzner, Walter Williams, George Stigler, Frank Chodorov, John Chamberlain, F.A. “Baldy” Harper, William F. Buckley Jr., among many others. FEE’s mission is to inspire, educate and connect future leaders with the economic, ethical and legal principles of a free society. 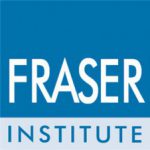 FreedomWorks was originally founded as Citizens for a Sound Economy in 1984.
FreedomWorks was founded to fight for liberty and brought together some of the best and brightest minds of the liberty movement. Since then, we’ve expanded our ambitions from a free-market think tank to a service center for the grassroots freedom movement across the whole country.

The Friedrich von Hayek Society is an association of people, who support classical liberal ideas of Frierich von Hayek. It was founded in 1998 in Freiburg and it has its headquarters in Berlin.

The Friedrich Naumann Foundation for Freedom is the foundation for liberal politics in the Federal Republic of Germany. It aims to promote the goal of making the principle of freedom valid for the dignity of all people and in all areas of society, both in Germany and abroad. With the safeguarding and the development of its statutory projects (civic education and dialogue, sponsorship of the talented, research and political consultation, archive-work), the Friedrich Naumann Foundation wants to contribute to shaping the future.

Global Philanthropic was founded out of a commitment to spreading the power of philanthropy as a transformative force for good. We work with non-profit organisations and philanthropists around the world to