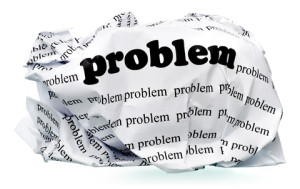 One of the greatest huddles to a successful achievement of liberty in society is all due to the little word, “but.” People will often say, “Oh, I believe in freedom in principle, but . . .” That “but” is followed by an assumed exception requiring some form of government intervention, regulation, or redistribution.

Back in the 1970s, the freedom advocate, Leonard E. Read, wrote a shortarticlecalled “Sinking in a Sea of Buts.” The problem, Read pointed out, is that when everyone’s exceptions to freedom are added up freedom ends up being sunk by all the “buts.”

We still suffer today from a big “but” problem. Even many friends of freedom are afflicted with the “but” syndrome. One example of this is the welfare state. “Sure, it would be preferable if individuals planned their own retirement and health-care needs rather than having government manage and manipulate these things, but . . .”

The “but” often arises because that person is not confident that a system of freedom would “really work” in one of these corners of social and economic life. Or it may arise because the individual thinks that in the climate of current public opinion most people will not accept a fully free system. So it is better to make the case for a supposedly partial private solution, it is said.

Part of this lack of confidence in freedom comes from the loss of historical memory. There is little understanding of how many of the “social problems” that confront members of a community successfully had their solutions either in the marketplace or through various other forms of voluntary association before government co-opted them through the modern welfare state.

Market Solutions Rather than the Welfare State

For example, in nineteenth-century Great Britain a network of mutual-assistance known as “friendly societies” provided many of these welfare state “functions”. At first they provided insurance for the cost of funerals for workers or their family members. But by the middle of the century, they expanded their coverage to include: accident insurance that provided weekly allowances for the families of workers who were injured on the job; medical insurance that covered the cost of health care and medicines for workers and their families; and life insurance and assistance for keeping a family intact in case of the breadwinner’s death. By the end of the century the friendly societies offered fire insurance and savings-and-loan services so members could buy homes.

Indeed, by 1910, the year before Parliament passed Britain’s first National Insurance Act, around three-quarters of the entire British workforce was covered by these private, voluntary insurance associations. Membership in the friendly societies covered the entire income spectrum, with those at the lower income ranges most highly subscribed. They also offered public lectures for members and their families on self-responsibility and the moral value of voluntarism over government compulsion.

What the modern welfare state did in the twentieth century was to undermine these free-market methods for providing what is now referred to as “social services.” The introduction of state regulation of the friendly societies, as well as the British government’s “free” national health and insurance services and the many new taxes to cover their cost, all resulted in crowding out the voluntary, market-based alternatives of the private sector.

Private Benevolence in Helping Others

We also need to relearn the successes of private charity and philanthropy in the glory days of classical liberalism. During the middle and late decades of the nineteenth century the state was not regarded as either the proper or most efficient vehicle for the amelioration of poverty. Especially for the Christian classical liberal in Great Britain, his faith required him to take on the personal responsibility for the saving of souls for God.

Most of these Christians also believed that to help a man in his religious rebirth, it was essential to help him improve his earthly life as well. Soup kitchens for the hungry, shelters for the homeless, job training for the unskilled, care for the abandoned or poverty-stricken young, and nurturing of a sense of self-respect and self-responsibility were all seen as complements to the primary task of winning sinners over for salvation.

By the 1890s most middle-class British families devoted 10 percent or more of their income to charitable work, an outlay from the average family’s income second only to expenditures on food. Total voluntary giving in Great Britain was larger than the entire budgets of several European governments; and half a million women worked as full-time volunteers for charitable organizations such as the Salvation Army.

A vital advantage to this world of private charity was that it enabled innovation and experimentation to discover the better means to assist people in their spiritual needs and material conditions. At the same time, the competition among charities for voluntary contributions rewarded those organizations that demonstrated the greater effectiveness of the methods they used, and weeded out the less successful ones.

As the government began to create the welfare state, many of these private charities found it increasingly difficult to compete with the “free” services supplied by the state. At the same time, the higher taxes to fund these government welfare programs reduced the financial ability of many people to contribute as much to charities as they had in the past.

Not only have we lost our historical memory about these private solutions to supposed social problems, we are ignorant about what the private charitable sector does even with the welfare state and the heavy burden of taxation. In 2013, Americans contributed over $400 billion to charitable causes. Almost 75 percent of this total amount was given by individuals (the rest by foundations, bequests, or corporations).

Americans not only contribute their money, they also give of their time. About twenty-five percent of the U. S. population did volunteer work for charitable causes in 2014, providing a total of 7.9 billion hours of service estimated to have a value of $175 billion.

There is no need for the welfare state, in any shapeor to any degree. It is the market economy–– through innovation, investment, capital formation, and the profit motive––that is raising a growing percentage of humanity out of the poverty that has been man’s tragic condition during most of his time on earth.

It is the free and responsible individual who can be relied on to manifest the appropriate benevolence and the moral sense to voluntarily assist those who may need some help to become self-supporting men and women.

More deeply, there is the fundamental issue of freedom versus coercion. No compromise is possible with the welfare state without abridging the individual’s right to his life and property, and his freedom of choice. Government has only one means of funding the welfare state—compulsory taxation for redistribution of income and wealth. This has nothing to do with government as mere guardian of each person’s liberty against aggression.

Indeed, the welfare state abrogates the individual’s ability to act on his moral precepts by extracting from him the financial means out of which he could have made such decisions. It therefore denies him the potential of more fully acting as an ethical being, by diminishing or taking away his ability and capacity for freedom of choice over such matters. It thus prevents him from being and developing into a complete moral human being.

Equally important is the implicit premise behind the welfare state and political paternalism in general that individuals are to be forced to sacrifice themselves for others through a coerced altruism. Having earned their income and wealth through peaceful creative and productive effort, people are told that it does not belong to them.

Rather, the fruits of their mental and physical labors are treated as the common property of the collective state, to be taken and redistributed as the political authorities determine and dictate.

It is, as the philosopher Ayn Rand, often emphasized, the mentality of the tribe in which the individual is presumed to be a slave to the needs of the group, with no right to his own life, liberty or honestly earned property.

It may very well be true that many of our fellow citizens are not yet ready intellectually or emotionally for the uncompromising and principled case for liberty. They have lived too long under the self-sacrifice propaganda of the welfare state and have become used to taking for granted their dependency on government largess