Decrescendo Doloros: Central Power and the Internal Forms of Decay 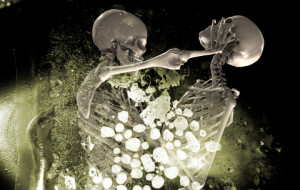 The backbone of fiction, poetry, and drama of current generations is a mirror image of the philosophical struggles of the previous generations. The writings of Aeschylus, Euripides, Sophocles, and so many others in ancient Greece were reflections of the golden age of Athens where philosophical debates ruled the day searching for the risky truth that liberates us from our fears. The era of Elizabeth I (1558-1603) in England, was the epitome of Renaissance, Reformation, and Enlightenment bundled in one explosive synergry of genius and history put together.

In so many instances human history is crowned with periods when the widening of prosperity is the outcome of freedom from central powers whose goal is the perpetuation of their own vested interests that deprive the nations from their potential. When central powers’ authority is expanded, history alters course. Let’s not forget that when the Council of Thirty took over Athens (404 B.C.E) it limited freedom, abolished the liberty of economic activity, confiscated property, forbade Socrates from his public discourses and put an end to the golden age. Some would also say that James I, who succeeded Elizabeth I in 1603, planted the seeds of the English Civil War through his financial irresponsibility.

“What do all these have to do with us today?” someone may ask. The answer can be found in the significant expansion of the reverse repos that the central bank is planning in the US. As Bloomberg recently reported: “The Federal Reserve will have to double its borrowing through overnight reverse repurchase agreements in order to raise its benchmark interest rate from near zero.”

The Fed will soon need to borrow more than $250 billion per day from its primarily dealers and money markets in order to sustain a floor under the federal funds rate, once it starts raising rates next spring. It will need to do so in order to absorb the excess reserves it has created through its different rounds of quantitative easing (QEs), so that the targeted federal funds rate could reach its targeted range, when rates start the voyage towards normalization. However, such an endeavor encompasses uncertainties, as explained below, which in the course of centralizing the movements of interest rates (after effectively abolishing the purpose of overnight credit through QEs) have the potential of a decrescendo disequilibrium that can throw the global economy from a loud disinflationary environment to one where inflationary forces would stagnate growth, investment spending, and any productivity gains.

The Fed’s intended actions through the reverse repos could potentially increase the fragility of the financial system at a time when the central banks of the EU, China, Switzerland and Japan target the expansion of their roles in their efforts to cheapen their currencies and also determine the trajectory of their interest rates. Typically the Fed lends cash to its primary dealers and accepts Treasuries as collateral in repo transactions. However, the Fed now borrows cash from its dealers, using its own securities as collateral. In addition, the Fed now trades with more than the normal pool of its primary dealers. As those actions of the Fed become louder through the expansion of the reverse repo program, entropy forces will strengthen that may produce a sequence of noisy effects:

The consequences of the effects discussed above may be threefold, in terms of increasing the fragility and entropy of the financial system at a time when debts (official and hidden) are already unsustainable:

We have come to believe that we live in an age of permanent liquidity. However, as entropy and fragility increases, the loudness of the music played will softened following a decrescendo path whose silence may be so deafening that will unsettle all markets.

Let’s not forget that it was not the Council of Thirty that ended up killing Socrates but rather Anytus who pushed for that once Thrasybulus restored democracy.

The views expressed on AustrianCenter.com are not necessarily those of the Austrian Economics Center.
hayek_admin2019-01-14T06:13:30+01:00