Diverging Asymmetries and Market Fragilities: Understanding the Investment Paths of 2016, Part I

Well-respected publications such as The Economist and The Financial Times have recently published extensive reports regarding the threats to the global economy from emerging markets’ debt. The fact is that emerging market economies have accumulated significant amounts of debt since the financial crisis of 2008, and the drive for higher yield that investors seek – given the financial repression in developed markets – has resulted in an asymmetry between potential growth and actual growth for both developed and developing markets. The inability of both developed and developing markets to achieve their full growth potential shook up the markets last August and generated concerns about a hard landing for China and a financial crisis for the rest of the developing markets.

In addition to that asymmetry, we also observe a diverging trajectory between emerging market currencies and developed markets currencies (especially the USD). Specifically, over the course of the last year, the Brazilian Real has lost more than 30% of its value against the dollar, the Malaysian Ringgit has lost more than 20%, the Turkish Lira close to 18%, the Mexican Peso more than 12%, while the Indonesian Rupiah close to 10%. However, the Euro also is losing against the dollar and this asymmetry undermines the convergence potential between US and the EU, especially if capital flies from the latter to the former.

Moreover, an underlying asymmetry is developing regarding the ability of emerging markets to meet their debt obligations (especially the ones denominated in dollars), given their current account imbalances. Mexico has been attracting investors’ interest, while other markets experience an exodus of capital. Furthermore, diverging inflation rates undermines export capabilities, while the decline in commodity prices undermines their income prospects.

All of the above have led prominent analysts to conclude that market fragility is brewing that may lead to another crisis. When the Fed raised rates in the early 1980s it strengthened the dollar, attracted capital to the US, and emerging markets were seriously shaken. However, we believe that the story will not unfold in a similar manner this time around.

Specifically, we believe that raising rates in the US will result in growth convergence which in turn – and in due course over a period of 12-18 months – will strengthen investors’ appetite for emerging markets. Raising rates in the US will encourage capital spending while Europe’s growth prospects will be enhanced as it enjoys Draghi’s quantitative injections, lower oil prices and higher exports, and US markets experience lower volatility. Therefore, it is our opinion that as volatility declines in both the US and the EU, emerging markets will roll out currency devaluations (including the Chinese Yuan) and stimulus programs (see graph below) while using their foreign reserves as needed to smooth the adjustment process. 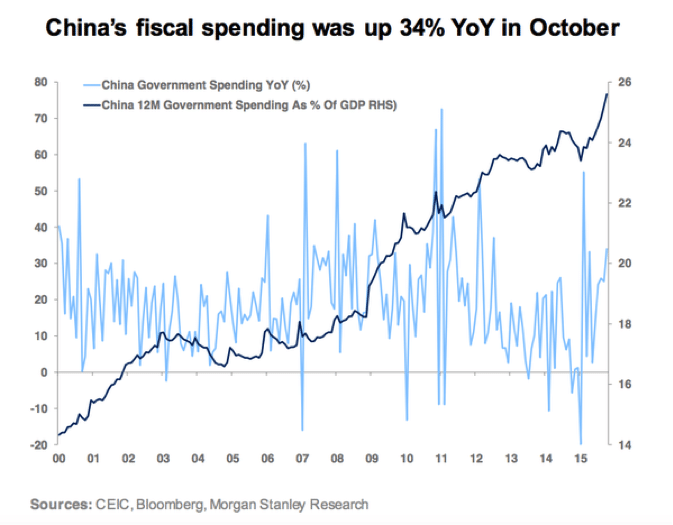 It is our opinion then that emerging markets won’t experience a hard landing in 2016, but rather adjust smoothly as confidence builds up in developed markets. The latter can be seen in the growth rate of lending in the US, as the graph below shows.

Furthermore, the insiders’ transaction index (see graph below) points to a bullish period which further signifies that as confidence builds up the diverging asymmetries will subside and the market volatility will decline, which may allow commodity prices to enter into a stable and predictable price environment that in turn will help emerging market economies to stabilize their finances. 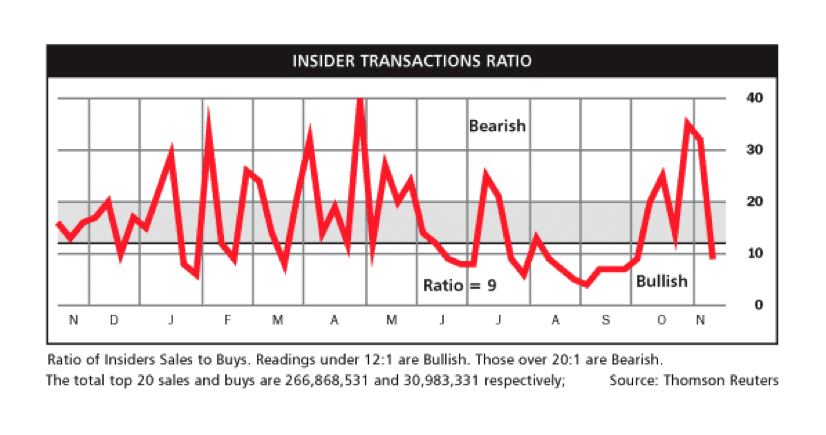 In conclusion then we would say that we expect a smoother ride in 2016 with brighter growth prospects, but unfortunately not a year when imbalances that threaten the global financial architecture will be addressed.

The views expressed on AustrianCenter.com are not necessarily those of the Austrian Economics Center.
Federico Fernández2019-01-14T05:58:30+01:00