Do We Need a Lender of Last Resort? 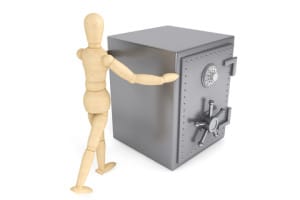 Scotland’s vote for independence resulted in a negative. There won’t be, for now, further discussions about what Scotland should do with its monetary institutions. Still, there is one more issue that I would like to discuss, because it transcends the particular case of Scotland, had independence been the result of the vote.

There is a widespread belief that a sound banking system requires a central bank to act as a lender of last resort. In a nutshell, the argument goes as follows: there are inherent potential instabilities in the banking system, to avoid a serious crisis and to interrupt means of payment, a central bank that is “external” to market forces should behave as a lender of last resort.

There are two problems with this line of reasoning. First, it takes as given that the banking system is inherently unstable. This is not as obvious as it is sometimes believed. Second, it is assumed that to have a lender of “last resort,” means having a central bank.

Let us say that Scotland voted for independence and unilaterally decided to keep using the British pound (note that a unilateral decision gives the country more flexibility than a bilateral agreement to change the currency if the British pound proved to be a bad choice). In the case of such a unilateral choice, in principle, Scottish banks won’t be able to turn to the Bank of England as a lender of last resort. But this doesn’t mean that the banks fall short on lenders to go to. In fact, they have the financial markets of the whole world to find lenders willing to extend them credit.

It is not, then, that banks don’t have access to lenders absent a central bank. The issue is whether the “lender of last resort” should extend credit to banks under any circumstances or only to banks that are illiquid but solvent. If the central bank, as a lender of last resort, is just going to mimic the market, what’s the point of having one? And if the central bank is not going to behave like the market, namely, easily extend credit to insolvent banks, then it does not only add moral hazard problems to the banking market, but it also fails to add efficiency to the market. A financial market with insolvent banks that are able to subsist thanks to the lender of last resort is less efficient and stable than a market where insolvent banks need to become solvent or discontinue business (like in any other market).

The crisis of 1890 in free-banking Australia is telling. While insolvent banks were having problems and losing reserves, more efficient banks were increasing their reserves rather than losing them, contrary to what one would expect from the “inherently unstable” argument. The market share was shifting from inefficient to efficient banks. The banking system wasn’t unstable. It was, in fact, government interference introduced to “control” the crisis that made things worse. A mandatory banking holiday blurred the difference between solvent and insolvent banks; the market did not have a clear signal of which banks should and should not be trusted. Also, the government intervention allowed bankrupt banks to re-open for business without having to pay their old debts. Those banks that managed their reserves and deposits efficiently were now in a worse situation than the banks that got a free pass to ignore their financial obligations. Efficient banks started to lose reserves in favor of formerly inefficient banks now free of their debts.

Another historical case is the Ayr Bank during the Scottish free banking period. The Ayr Bank did what it was not supposed to do: it over-issued convertible banknotes. Not surprisingly, the bank failed. This case is sometimes mentioned as an example of how a bank failure can drag other banks down because Ayr Bank’s bankruptcy negatively affected many small banks. This, however, was limited in its extent because the banks that failed where those investing and exposing themselves to the Ayr Bank. That is, the banks that failed where the Ayr Bank itself, which did not manage its reserves efficiently, and those banks that imprudently invested in Ayr Bank.

Freedom and Flexibility Are the Answer

Other free banks that knew better were not affected by the crisis, and the crisis provides just another historical example of the market working in the money and banking market where market actors are able to separate between efficient and inefficient banks. Moreover, as is common in the banking sector, the accounts of a failing bank can be acquired by banks in good standing, which means that a bank failure does not necessary imply that their customers lose their deposits. Just as the bankruptcy of a firm is not a market failure, but a market correction, the same interpretation should apply when inefficient banks fail, increasing the market share of efficient banks (like in any other market).

Scotland, had it voted for independence, was highly unlikely to opt for free banking. An alternative for Scotland (or any other newly-independent country) might be to use the Euro (or any other currency) rather than the British pound. Which currency would be best, however, would be up to the local population to decide, and which currency is most advantageous is best discovered through market processes.

The views expressed on AustrianCenter.com are not necessarily those of the Austrian Economics Center.
hayek_admin2019-01-14T06:10:00+01:00