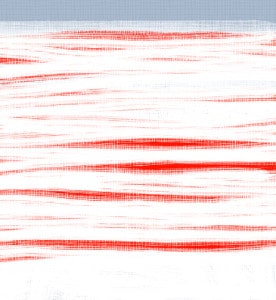 In the spring of 1918, the influenza that would become pandemic was first detected. It was initially known as “three-day-fever.” Its effects were such that it caused few deaths. Nobody paid it much heed. That fall, however, it reappeared in a more deadly form, and began to rapidly spread. Because of the War and the subsequent troop demobilization in late 1918 and 1919, a concentration of soldiers in camps, and in troop ships and trains returning to their homes abetted the disease’s migration around the world. By the end of 1919, somewhere between 20 million and 50 million people were dead of influenza, more than had been killed in four years of fighting. It has been estimated that over 20% of the U.S. population (106 million in 1920) had contracted the flu, with 675,000 dying. While those numbers suggest the death rate was only 3.5%, the 675,000 dead were almost six times the number of Americans killed in the War.

The outbreak of the Ebola virus was first seen in Guinea in December 2013. It has since spread to at least four other West African countries: Liberia, Sierra Leone, Senegal, Nigeria, and recently Ebola been confirmed in the Democratic Republic of the Congo. The three hardest hit countries are among the smallest. Guinea, Liberia and Sierra Leone have a combined population of 22 million, But Nigeria has a population of 173 million and 68 million people live in the Democratic Republic of the Congo. Significantly, the latter two countries are not contiguous to the others.

A data sheet from the Center for Disease Control in Atlanta provides some key facts:

* EVD outbreaks have a case fatality rate of up to 90%.

* The virus is transmitted to people from wild animals and spreads in the human population through human-to-human transmission.

* Fruit bats are considered to be the natural host of the Ebola virus.

* Severely ill patients require intensive supportive care. No licensed specific treatment or vaccine is available for use in people or animals.

Once contracted, Ebola is far more deadly than the influenza. Thus far this year, 49% of those infected have died. Costs are rising and it is gaining momentum. An article in Wednesday’sFinancial Times quoted Dr. David Nabarro, senior UN coordinator for Ebola. Dr. Nabarro estimated that the cost of addressing the disease jumped tenfold to $1 billion from just a month earlier. Shanelle Hall, director of the supply division of UNICEF, which has sent 550 tons of supplies to West Africa was quoted: “The pace of the disease and also its impact have taken our breath away – it’s been that massive.” According to a report in Wednesday’s New York Times, reported cases are at 4,985, including 2,461 deaths. The World Health Organization (WHO) states that half of the infections have occurred in the past three weeks, and they expect that fatalities are likely to continue to double every three weeks. The numbers are sobering. A doubling every three weeks means that by the end of December, 165,000 people could be infected, and in six months 2.5 million could have the disease, with over a million dead.

The possibility of the disease coming to the United States may be remote, but its devastation in Africa could have world-wide humanitarian and economic consequences. The likelihood, of course, is that it will be contained on the African continent and fear of its spread should not cause panic in the U.S. For one, Dr. Anthony Fauci, director of the National Institute of Allergy and Infectious Diseases, has said that it was extremely unlikely that the Ebola virus would mutate into an airborne pathogen. Given proper, supportive patient care, healthcare workers and family members should be okay, but patients must be kept isolated, as the disease is spread through contact with bodily fluids. The question is: Do conditions in Africa permit such patient care?

But to scoff at the threat, as did Investor’s Business Daily on Wednesday, is to show unconcern about its potential consequences. In Liberia’s capital city of Monrovia, according to the report in the Times, bodies are often left in homes or neighborhoods for up to three days before burial teams can take them away. At this point there is no vaccine, though one is being tested in the U.S. by the National Institute of Health (NIH) and GlaxoSmithKline. Yesterday, the Associated Press reported on a similar experimental vaccine being tested in the U.K.

It was good to see the President travel to the CDC in Atlanta on Tuesday where he spoke with some urgency. He called the crisis a “top national security priority.” But we are late in treating this as the emergency it is, and it is not getting the press coverage it deserves, perhaps because the media does not want to be seen as responsible for inciting a panic. As an indication as to how long it has taken the world to respond, until a few weeks ago the WHO was more concerned with the proliferation of electronic cigarettes than with controlling the spread of Ebola.

Nevertheless, the situation is now being taken seriously in Washington and elsewhere. Why else would the State Department have ordered 160,000 Hazmat suits? Mr. Obama will ask Congress for $88 million to conduct a “major Ebola offensive” in Africa. Additionally, he will send 3,000 American troops to help set up 17 treatment centers with 100 beds each, which will take about three weeks to accomplish. It will not be enough. Liberian officials claim they will need 1,000 beds next week.

While there are those like Illinois’ Senator Dick Durbin who would politicize this tragedy – using twisted logic, he recently argued that a comprehensive immigration amnesty bill would have helped America contain the Ebola epidemic in Africa – America’s response shows our country at its best. The United States is condemned for involving itself in others’ affairs. We are criticized by many, at home and abroad, for attempting to impose our values on other cultures. Yet, it is humanitarian acts such as these that manifest the magnanimity of our values – that make America the exceptional nation she is. Would China have done the same? Would Russia, Brazil, or even Europe? Once our influence and standing are diminished (as seems to be the course we are on), who will replace us? We are the indispensable nation. That’s not pride; that’s reality.

The word pandemic stems from the Greek pandēmos, meaning all the people. In reference to a disease it means that it is widespread throughout a country, region, continent or the world, affecting a large percentage of the population. Given current statistics, Ebola is not pandemic, but it is likely to become one.

The views expressed on AustrianCenter.com are not necessarily those of the Austrian Economics Center.
hayek_admin2019-01-14T06:13:39+01:00