Economic Illiteracy is Alive and Well 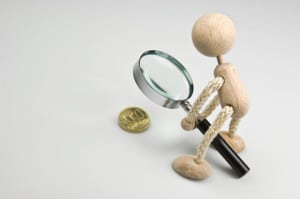 As an academic and economist, few things are as frustrating and mind-boggling as the fervor with which people embrace and display their economic illiteracy. It appears some, and an increasing number of them, consider it to be a quality or even a moral advantage to remain ignorant of basic economics.

Rather than considering economic knowledge, which has often been known and affirmed for centuries, this knowledge is attacked. While the scientific process should be one of fundamental (that is, not just for show) and constant scrutiny and reassessment of accepted conclusions, scientific discourse is not the primary domain for the critique and outright rejection and dismissal of economics.

No, the critique is formulated by those who show no understanding for the discipline, its scientific approach, or its findings.

A recent column by economic illiterates Mike Konczal and Bryce Covert in The Nation illustrates clearly what this critique of economics is about. The column, titled The Score: Does the Minimum Wage Kill Jobs?, poses as an examination of the evidence regarding the effects of minimum wage laws, and is intended to settle the debate once and for all. Konczal and Covert seem completely oblivious to the fact that this “score” has long been settled in economics; raising, introducing, or enforcing a minimum wage above the market wage produces a situation with fewer jobs ceteris paribus.

But note that while this score has been settled in economics, Konczal and Covert have a different audience in mind. They address the reality-immune punditry: “Throw a rock into the punditsphere and you’ll hit someone arguing that minimum-wage increases kill jobs,” they begin the column. We are supposed to accept that this rhetorical politicization (“kill jobs”) of an economic law is ridiculous on its face. And economic illiterates probably willingly do so, especially if they belong to the same party camp as the authors. Most who read their column also likely won’t see the authors’ dishonest representation (frequently used by “both sides” in the punditsphere) of the well-established economic truth that artificially raising costs reduces voluntary supply. (Its truthfulness should be obvious, really.)

The rest of the column lists cherry-picked papers and real-world examples to prove the authors’ assertion. A fundamental and blatant error haunts the authors throughout the text, but they are apparently only interested in making a political statement. Any freshman college student producing an “analysis” like this, comparing apples and oranges in the way Konczal and Covert consistently do, would hopefully get a big, fat “F” by his or her professor. Or at least a talk about how to conduct proper economic analysis.

Lots of things can (and do) change between T and T+1 that affect “employment” (an unwieldy aggregate that itself changes in composition as time passes), which means the simple temporal comparison of jobs statistics tells us pretty much nothing at all. If the studies referenced in the column are accurately represented by Konczal and Covert, they are simply bad economics. But even if they use advanced econometric techniques to produce a “likely” counterfactual (T+1 without minimum wage, which doesn’t exist empirically), and this would admittedly be a better (that is, less bad) approach, the findings still mean close to nothing. All these studies do is compare an empirical observation (along with its biases) with a speculative counterfactual. Their conclusions certainly don’t change economic truth.

There is no reason to believe Konczal and Covert are interested in what is the actual truth. They are also not interested in producing an honest and proper analysis. They are only interested in having their opinion on a specific issue gain ground by repeating their preferred conclusion. We see this all the time among pundits, who tend to refer to all kinds of statistics (good or bad) that supposedly support their favored policy.

The real victims of their quest are the poor souls who are and will become unable to find unemployment thanks to minimum wage laws. But there is also another victim: economic science. It is not much of a stretch to think this is a feature of Konczal and Covert’s (and others like them) undertaking, and not a bug. The power of economics is that it identifies and proves the impossibility of certain policies to attain stated ends (when contradicting economic law). This is why economics and economists are both used and abused – and when it serves their purposes both ridiculed and rejected – by political power.

It is really quite simple: economic literacy is the people’s best and most important defense against arbitrary rule. This is why pundits have so much hatred for sound economic analysis. What’s frustrating is that pundits are actually listened to.

The views expressed on AustrianCenter.com are not necessarily those of the Austrian Economics Center.
hayek_admin2019-01-14T06:10:07+01:00