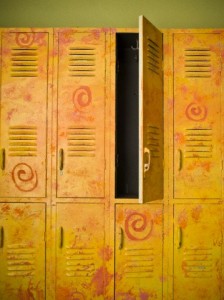 “An educated citizenry is a vital requisite for our survival as a free people,” so said Thomas Jefferson. If that is a true statement (and I believe it is), we should be worried for our future. A survey of recent college graduates, published last week in Time, commissioned by the American Council of Trustees and Alumni and conducted by GfK Roper, found that barely half of those surveyed knew that the U.S. Constitution establishes the separation of powers, and 62% did not know the correct length of congressional terms in office. According to the Program for International Student Assessment (PISA), American 15-year-olds rank 7th in literacy, 13th in science and 18th in math, among their compatriots in the OECD.

An article in Monday’s Wall Street Journal, however, showed how a failing, big-city public school system can be improved for the better. In the aftermath of Katrina in 2005, state authorities in Louisiana took control over most of the schools in New   Orleans. In early 2012, Governor Bobby Jindal hired John White, a 37 year-old former executive with Teach for America and former deputy chancellor of New York City Schools, to become Louisiana’s Superintendent of Education. Parents were given a choice of schools. Most of the campuses were converted to charter schools, which hired non-union teachers, a quarter of whom came from Teach for America. Academically, New Orleans’ schools are improving faster than any other school district in Louisiana, according to the Journal article.

A former college admissions officer, Charles Chieppo wrote about visiting Benjamin Franklin, a New Orleans’ high school reserved for the city’s brightest students, in the 1980s. Conditions were so bad that he had to meet with prospective students in a bus. In 2003, two years before Katrina, a state-run Recovery School District (RSD) had been established to turn around the city’s failing schools. But, by 2005 it had taken over only five schools. After Katrina, 63 schools were turned over, most of whom were converted to charter schools. Sixteen schools that were considered viable remained under the elected school board’s control. Twelve of those sought charter status.

The storm struck on August 23rd, 2005, flooding 80% of the city, killing an estimated 1,836 people and causing $81 billion in damage. Before the storm, graduation rates were 52 percent. The share of New   Orleans’ students proficient in math, reading, science and social studies was 35 percent. Last year the comparable numbers were 78% graduated and 58% proved proficient.

New   Orleans is poor and mostly African-American. Eighty-five percent of students qualify for free or reduced-price lunches. Eighty-eight percent of public school students are African-American. If the current rate of improvement holds, according to Mr. Chieppo, New Orleans could be less than five years away from being the only major city in the country in which student test scores exceed state averages.

Nobody would want any city to undergo the devastation New   Orleans did in order to turn around their schools. Nevertheless, there are lessons to be learned from New Orleans’ experience. Charter schools, which have been roundly criticized by teacher’s unions and their protectors in the Democratic Party and mainstream media, have been instrumental, in that their emphasis is on students and teachers, and not the bureaucracy of the school district. Second, parents were offered a choice of schools. That has meant concerned parents have become much more engaged in the selection process. Too many parents exercise a policy of benign neglect when it comes to their children’s education. In the Journal article, one 36 year-old single mother is quoted: “If parents want a good school for their kids, they have to take a stand and do all the work themselves.” Third, New Orleans’ schools now recognize they do not have a monopoly on the students in their districts. They must compete for the best students. Schools have been graded A to F depending on academic performance by the RSD and those grades are made public. Schools consistently graded F will be closed. Competition to get into the most highly rated schools is intense.

State takeover of schools is not necessarily a good policy. Implied in such a decision is that the state has answers to a community’s problems. That may or may not be the case. New Jersey took control of Jersey City schools in 1987 because of a “failure to educate.” Since, they have taken over schools in Newark and Patterson. The experience in Jersey City is quite different from that in New Orleans. Graduation rates in Jersey City declined last year to 67% from 69% the year before. That would compare to an 86% state-wide average. On the other hand, state takeovers may allow for the radical and necessary changes to improve low-performing schools. About half the states in the Union have provisions allowing such takeovers.

The debate over Common Core, a federal program, is causing a rift in Louisiana and elsewhere. The concern is that it (Common Core) allows the camel’s nose that is the federal government into the tent that has traditionally been the dominion of local governments. While national standards of basic educational requirements – reading, math skills and American history – are important, at least as guide posts, schools work best, in my opinion, when they are the purview and responsibility of local authorities.

Nevertheless, the importance of education cannot be overstated. One of my favorite quotes comes from Mahatma Gandhi: “Live as if you were to die tomorrow. Learn as if you were to live forever.”  Edward Everett, the former Massachusetts Governor and Senator who was the principal (but now forgotten) speaker at Gettysburg in 1863, once said: “Education is a better safeguard of liberty than a standing army.” Echoing Jefferson’s words quoted above, another President, James Garfield, stated: “Next in importance to freedom and justice is popular education, without which neither freedom nor justice can be permanently maintained.”

An understanding of the founding of our nation should be requisite for graduation from high school. It should be taught to juniors and seniors, when they are old enough to understand the magnitude and majesty of what was said, written and done in those few years at the start of our Republic. They should read the Declaration of Independence, the Constitution and the Federalist Papers. This should be done with a teacher who places these words, documents and deeds in the proper historical context. The teacher should express no personal editorial commentary, but rather let the students read, study and debate the issues, just as the founders did. I know that the more I read of that time and the people who formulated our government, the more I marvel at their knowledge, insight and understanding. All generations have had great people, but those that met in Philadelphia at the end of the 18th Century truly were exceptional.

The answer to improving public school education is not as simple as just having the state or the federal government assume responsibility. The emphasis must be on the students and the teachers – not on the bureaucracy. Unions should have as their primary focus, the education of our youth and not the well being of the bureaucrats that permeate schools. They must be willing to let bad teachers be fired and good teachers, regardless of tenure, be promoted. Parents need to be more engaged. They must be made to feel they are part of the process and encouraged to take on that responsibility. Competition should be encouraged, not condemned. If it is seen as a threat to underperforming schools and poor teachers, so be it. The concern should be the student. New Orleans’ example is a good one and, if not emulated, should at least be studied by all concerned Americans, parents and public school teachers and administrators.

The views expressed on AustrianCenter.com are not necessarily those of the Austrian Economics Center.
hayek_admin2019-01-14T06:42:51+01:00